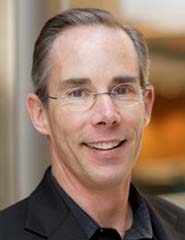 After years of stellar service with HP Canada across a variety of key leadership roles, Lloyd Bryant finally got tapped for the lead role at the subsidiary late in 2013.

HP Canada has seen a lot of change in its upper ranks in recent years, with CEO Meg Whitman’s organizational changes leading to restructuring and executive shuffles at the subsidiary level. Bryant managed to continue moving up in the ranks through the changes, emerging as vice-president and general manager of the key printing and personal systems group (PPS) in 2012. With the departure of managing director Peter Galanis, Bryant added that title in 2013, while continuing to lead the PPS business.

Bryant has had a stellar career at HP, especially running the imaging and printing group in Canada since 2006. Bryant, along Frances Edmonds (HP Canada’s director of environmental programs) were named as members of Canada’s Clean 16 – leaders in the IT sector & part of the Clean 50. Bryant is the chair of both EPSC and EPRA, and has been a leading channel advocate for environmentally-friendly IT solutions, such as Compugen’s Green4Good program.

Tech Data Canada is a long-time HP Canada partner, and president Rick Reid said that he’s known Bryant for 20 years and considers him a friend. “Lloyd is an HP Professional and a very strong advocate of the two tier channel,” Reid said.

It wasn’t all executive changes for HP in 2013, however. The company started the year with what it called the biggest overhaul of its channel go to market in years with a comprehensive overhaul of its PartnerOne program and a host of changes to incentives, marketing and other programs at its Global Partner Program, all designed to make HP an easier company for partners to do profitable business with.

Perhaps the biggest change is to no longer have each business unit lead the channel go to market. Instead, it will be one unified channel program with consistent benefits and requirements. Whitman also made clear that direct teams taking business away from partners will not be tolerated.

In addition to simpler, HP also wants PartnerOne to be more profitable. A new simplified and consistent compensation model removes revenue gates and caps so partners earn dollars from day one and can’t max-out on growth. Rebates are being increased for higher specialist designations, and the window for using marketing development funds (MDF) is being expanded from three months to six, allowing more time for partners to develop and execute marketing programs.

And, as usual, it was a busy year on the product front, with everything from reclining PCs, Android and Windows tablets, workstations, Chromebooks and printers to managed security, converged systems and cloud computing.

Peter Galanis is out as HP Canada leader

With Bradley, partners again have an advocate at HP’s executive table 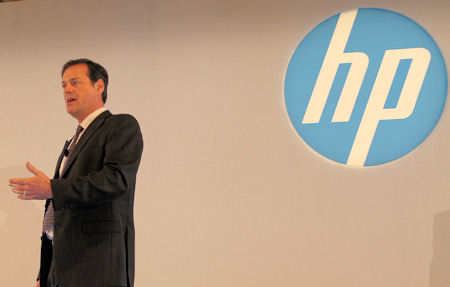 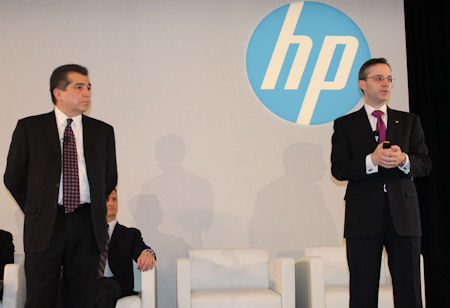