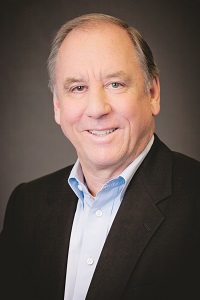 The only executive to make each CDN Top 25 Newsmaker list since its inception in 2001, Rick Reid, president of Tech Data Canada had an extraordinary year.

The Hartco deal alone was a master stroke for Reid. After more than 35 years running a distribution business, Hartco decided to focus on its franchising business exclusively.

Through an outsourcing partnership with Tech Data Canada, Hartco has handed over the distribution of products for its franchises mainly MicroAge and Metafore to the distributor.

“Hartco has been in distribution for a long time, but the world changes and we had a great opportunity to have a discussion with them about their future plans. When we looked at this opportunity; to put it in the hands of an exclusive distributor it had an appeal,” Reid said.

2013 also saw Reid see one of this top two executives Frank Haid retire after a stellar career in the channel. With that Reid’s other go-to executive Greg Myers was promoted to the new role of vice president of sales and marketing.

Hartco is out of the distribution business