The new line offers simultaneous support of block-mode (iSCSI) and file-mode (NAS), which a lot of competitors don’t have, according to Don Chouinard, director of product marketing with Nexsan.

Customers can buy iSCSI or NAS-only models, with the ability to upgrade later by purchasing the appropriate licence.

The NST series also offers up to 3TB of Nexsan’s FASTier SSD caching technology, which allows a 7200 RPM SATA drive to have the same random I/O performance as a 15K SAS drives. “It’s absolutely simple to use and has this dramatic effect of making the storage system run three times faster,” he said.

Nexsan’s E5000 series also uses FASTier technology, but is a NAS-only line. “It’s really easy for the channel to understand the difference between the two,” Chouinard said. 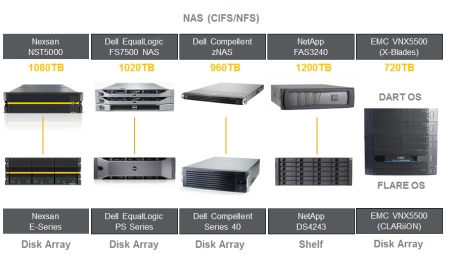 The NST series also requires 19 units of rack space, while similar products from Dell and NetApp require 43 units. “Once Dell kind of takes a few deals direct from you, you think about what your alternatives might be,” he added.

Nexsan is a 100 per cent channel company with no direct sales force. “When a deal is registered, they get great margins,”  Chouinard said. Nexsan uses its Leadguard program to help partners avoid competition.

Pricing for the series begins at $16,000 and the products are available immediately.

CDN SMB Report: Budgets are stable, but not their IT challenges

A lesson from the decline of the Amiga