The next iteration of the MiFi brand mobile hotspot from Novatel Wireless is coming to Bell Mobility, the wireless solution vendor has announced.

The MiFi 6630 mobile hotspot with 15-device simultaneous connectivity is set to launch this month on Bell’s 4G LTE network. 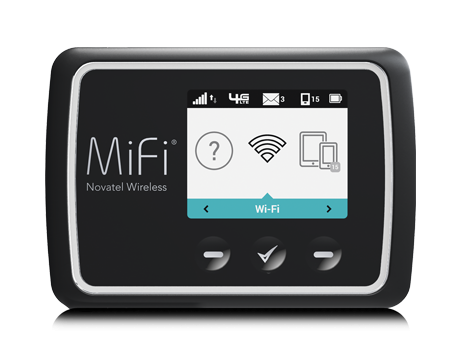 According to Novatel, the device supports speeds up to 150 Mbps while averaging between 10 and 40 Mbps.  It also offers 20 hours of use on a single charge, and is also able to charge other devices such as smartphones and tablets.

In terms of security features, the MiFi 6630 features “enterprise-grade security features including anti-spoofing and filtering controls and supports more than eight LTE bands for connectivity in over 200 countries,” Novatel said in a statement.

As with previous models of the MiFi hotspots, the 6630 offers a touch screen, this one being two inches, for easy setup and control.

The device will be available at Bell stores and The Source, as well as online.

CDN Staffhttps://channeldailynews.com
For over 25 years, CDN has been the voice of the IT channel community in Canada. Today through our digital magazine, e-mail newsletter, video reports, events and social media platforms, we provide channel partners with the information they need to grow their business.
Previous articleTech Data Canada to distribute new mobile management solution
Next articleOver the top TV adoption will be driven by ‘dumb’ TVs, with help: Juniper