Nutanix aims to be invisible

MIAMI – At its first ever conference, Nutanix announced a new mission for the hyper-converged vendor’s up-coming years. That mission is to be “invisible”, said vice president of marketing Howard Ting at the .Next conference.

Ting said being invisiable can be “a beautiful thing.”

What Nutanix is trying to convey with its invisible approach is to turn IT infrastructure from complexity to just having it work. Supporting this new approach are new product releases headed by XCP, the Nutanix Xtreme Computing Platform, which is made up of two product lines Acropolis and Prism.

Sudheesh Nair, the vice president of worldwide sales for Nutanix, told CDN the strategy behind the invisible approach is that current apps run on traditional storage and virtualization products. The complexity with that creates too many time-consuming scenarios along with inconsistent costs. Scaling and migration are other issues with data centres.

“Invisible means it just works. The lightswitch powers your home. You do not worry about the plugs or the volts,” Ting said.

Ting cited some historical examples of how invisibility has improved society. They are:

“XCP allows you to start quickly, start small and scale forever. This is leading to the re-platforming of the enterprise data centre; not re-invention of it but re-platforming and that’s our journey towards invisible IT infrastructure,” Potti said.

Corporation Service Company (CSC), a 100-year old business, legal and financial services provider based in Wilmington, Del. used Nutanix to migrate 275 VDIs and 25 TBs of storage that needed to be completed in a few days, according to Karen Zetes, director of infrastructure for CSC.

“Nutanix did it in a few hours. They powered it up and completed the installs and configuration in 75 minutes. That’s completely unheard of. All the VDI and the validation checks was done in 64 hours,” she said.

Zetes now believes that all of CSC’s IT infrastructure can now be invisible. “The staff sees it as invisible and now they can focus on their jobs instead of the infrastructure,” she added.

For the channel, Nutanix currently has more than 1,800 partners worldwide. Of that appoximately 800 are based in Canada and the U.S. Nutanix has a 100 per cent channel friendly strategy. The vendor’s two main products Acropolis and Prism are offered in three tiers Starter, Pro and Ulimate. Depended on what the channel sells the customer will get instant upgrades when new features are released.

“It’s like the Tesla car compared to a Ford. If you have a 10-year old Ford it will look the same. But the Tesla while parked overnight might get a download of a new dashboard at mid-night and now you will have a new view. That’s the beauty of software-defined,” Nair said.

Nutanix has a three-prong channel strategy, according to Nair. The first part is for partners with the Nutanix appliance. The second involves using the Dell seller and partner networks and the third is for large enterprise customers and service providers to release the software as a ELA.

The Acropolis Hypervisor includes a native hypervisor based on the Linux KVM hypervisor.

Meanwhile Prism (the management layer of Acropolis) will now have One-Click technology for IT tasks that are time consuming. This will include one-click software upgrades as well.

It also brings storage, compute and virtualization resources into a unified system to provide an end-to-end view of all workflows. 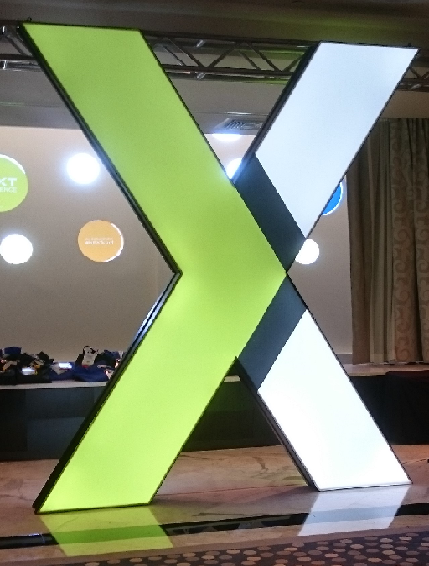