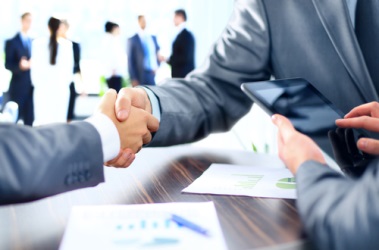 “One plus one makes three with this acquisition,” he added.

According to Barrett, the acquisition of VACS is more than expanding the client base or team growth and more about making Mico Systems the most complete managed IT service provider for SMBs in Ontario.

Both companies have been in business for more than 20 years and have managed services such as remote monitoring, storage, and backup to disaster recovery, security services and cloud solutions. The main addition will be VACS’s VoIP team.

The plan going forward will see the combined entity of more than 20 workers specializing IT services listed above, but also including help desk services, hosted email, data, and virtual servers.

Mike Turczyniak, founder and CTO of Mico Systems said the acquisition will complement the company’s services from a geographic perspective.

The Mico/VACS deal is far from the only merger or acquisition made in the channel in 2015. In fact, 2015 has been an unprecedented year for mergers and acquisitions with solution providers. The biggest deal so far this year is the Scalar Decisions/Mainland Information Systems mergers, which will see the two CDN Top 100 Solution Providers create a $300 million plus company.

Just last month Winnipeg-based solution provider Powerland took a major step to achieving its goal of expanding its service coverage across the Prairie Provinces with the acquisition of FACT Computers in Saskatchewan.

IT Weapons Inc. announced its acquisition of fellow solution provider Collins IT.The two companies, both based in Brampton, Ont.

CompuCom sold off its software licensing business to SoftwareOne.

And, it all got started in February when CDN Top 100 Solution Provider Quartet Service Inc. of Toronto acquired En Vogue Computers also of Toronto.

CDN Staffhttps://channeldailynews.com
For over 25 years, CDN has been the voice of the IT channel community in Canada. Today through our digital magazine, e-mail newsletter, video reports, events and social media platforms, we provide channel partners with the information they need to grow their business.
Previous articleDell unveils CloudRunner with Microsoft
Next articleHP announces Windows 10 migration service portfolio