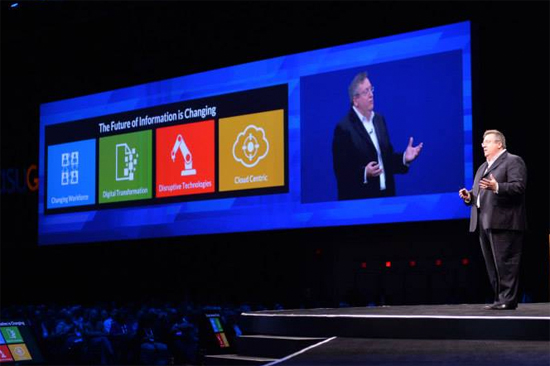 LAS VEGAS – At this time last year when Colin Cree, the director and founder of Vancouver-based e-Forensics Services Inc., was attending Enfuse it was still an event hosted by Guidance Software. Now it’s hosted by Waterloo, Ont.-based vendor OpenText and Cree finds himself involved in a much wider partner community.

The RCMP veteran of 14 years only became an entrepreneur after retiring from the Vancouver-based computer crimes unit in 2006. What started as a consulting business in 2009 slowly became more focused on reselling forensics hardware and software, specifically Guidance’s EnCase line. Now it’s heavily invested in reselling forensics products across the country.

“It was a steep learning curve,” Cree recalls his first days of running his own shop. “You don’t have someone handing out a paycheque every couple of weeks no matter what happens.”

Since OpenText acquired Guidance Software last summer, this year’s annual Enfuse conference was the first opportunity for partners to learn about the new owner’s plans. Cree says that OpenText’s portfolio is offering a more holistic approach to security. He’s intrigued at the opportunity to integrate the new tools available, many of which he’s learning about at Enfuse.

Coming to Enfuse, Cree didn’t know what to expect from OpenText. He had some concerns about the acquirer’s plans. He wondered if a small partner firm like his would still fit into the larger organization’s plans. Plus, since OpenText is based in Canada, he wondered if that might bump into his operations selling Encase to the Canadian market. But thanks to partner day, his concerns were soothed.

“We’ve been assured that’s going to be a well thought out transition over the next little while,” he says.

He’s now more familiar with the OpenText partner program and the support offered through its partner portal. While e-Forensics won’t be made a new OpenText partner automatically, Cree is reasonably sure the onboarding process will be easy enough that he’ll be able to stay on.

“I’m looking forward to getting back to my office to take a closer look (at the OpenText products),” he says. “We find that we’re in a place with our customers where if they’re having a problem… they come to us to ask for help with other areas of business.”

That’s music to the ears of Gary Weiss, senior vice-president and general manager of security, discovery, and analytics at OpenText. He’s asking Encase partners to take a look at new cross-selling opportunities and thinks that Recommind, another eDiscovery and information analytics firm acquired in July 2016, presents a good place to start.

“We’re asking them to learn our cross-business unit technologies,” he says. “Learn about this platform and go back to your customers with an end-to-end eDiscovery solution.”

Weiss says that OpenText is committed to a “multi-dimensional go-to-market” strategy with its partners. It provides training and certification for partners looking to learn about new products. Its business development team will also collaborate with partners on sales calls for a joint-selling approach. OpenTexts’s own solution consultants can also provide support on parter sales effort.

Plus, OpenText’s sales team isn’t competing with partners on partners. Instead of awarding monetary rewards based on who makes a sale, they’re rewarded based on overall revenue.

Partners earn their margin by accessing discounts on OpenText products. The higher the volume of sales, the better the discount available.