OpenText partners will need to certify before delivering services 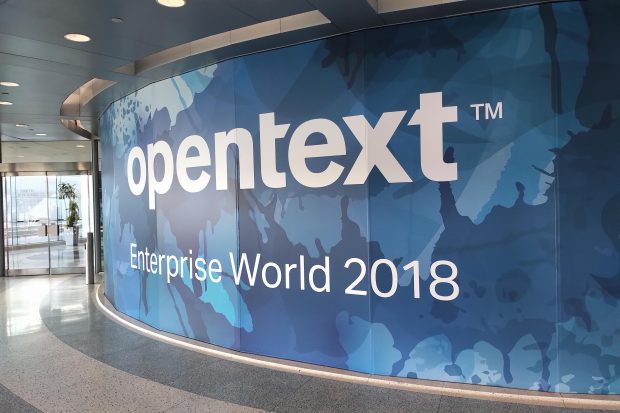 TORONTO – Waterloo, Ont.-based enterprise software firm OpenText’s new microservices platform OT2 and the newfound capability of its software to run in the public cloud offers new opportunities to partners that are willing to become certified, according to OpenText executives.

OpenText unveiled its new OT2 platform at Enterprise World, its annual customer conference, on Tuesday. An important prong of OpenText’s cloud strategy through at least 2020, OT2 exposes the various RESTful APIs that are used by developers to create OpenText’s various applications. Using a visual user interface that contains a catalogue of the APIs and tools to assemble them that range from no-code to pure code, developers can use these APIs like Lego blocks to build new applications or extend existing ones.

It also announced that its Enterprise Information Management (EIM) software, release 16, is containerized so that it can be deployed with public cloud partners. Those partners are Amazon Web Services, Microsoft Azure, and Google Cloud Platform.

In its press release announcing OT2, OpenText says it will collaborate by opening up its cloud infrastructure to “select members of its partner ecosystem.” According to Jennifer Kerr, vice-president of partners and alliances at OpenText, that means certified partners. And the content that makes it possible to get certified is expected to be available in the next couple of months.

That certification isn’t available yet because the cloud products were just released, she says. OpenText’s learning services group is creating content will be used to provide certification instructions. There’s no firm timeline in place but with the ability to resell OpenText’s cloud software coming online in the next 30 days, expect it to closely follow that.

Jump in the pool with OpenText

The new cloud opportunities for partners are part of OpenText’s Global Partner Platform 3.0, also unveiled this week. It makes available “four swim lanes,” as Kerr describes it, for partners to sell cloud:

While OpenText has worked with some of its partners to deliver services in limited circumstances in the past, the new partner program creates an official and formal way to do so.

At a press conference, OpenText CEO Mark Barrenechea addressed how he saw the channel opportunity for OT2.

“There is no doubt an attraction to partners for OT2,” he says. “But it’s only part of the motivator.”

Other areas of cloud opportunity for OpenText partners could include targeting the mid-market, which OpenText doesn’t have a sales force for today.

Brian Jacksonhttp://www.itbusiness.ca
Editorial director of IT World Canada. Covering technology as it applies to business users. Multiple COPA award winner and now judge. Paddles a canoe as much as possible.
Previous articleOpenText showcases cloud strategy roadmap to 2020 at Enterprise World
Next articleBroadcom to buy CA Technologies for $19 billion USD

New OpenText content services to be integrated into SAP platforms