The Internet of Things (IoT) has embedded itself in our lives in more ways than we can imagine, and individuals, companies, and vendors are feeling the impact, even if they don’t realize it. And everyone is searching for use cases that make sense.

Microsoft jumped into the realm with its IoT in Action events to help partners build IoT solutions across six strategic verticals: energy, retail, industrial automation, smart building, healthcare, and security and surveillance. From humble beginnings in 2017, the event has grown to more than 30 cities and over 17,500 attendees worldwide. This year’s Toronto event not only featured speakers from Microsoft but representatives from its customers and partners, who shared their successes.

“IoT is not a product, it’s an approach – it’s an approach to how do I digitally transform my business? How do I move from digitization, sensorizing assets, to a digital business?” Michael Kuptz, general manager for America of connected device experiences for IoT at Microsoft told attendees.

And it’s a lucrative approach. He cited Gartner predictions of $130 billion in new opportunities due to this new business model, and an average 8 percent increase in operating income among the most digitally transformed enterprises.

Microsoft has been busily building out its partner ecosystem, with over 1,000 Azure IoT certified developers and more than 10,000 IoT partners from edge to cloud. Hundreds of partner solutions are already certified, and Microsoft and partners have developed more than 1500 co-sell IoT solutions.

“This is a race to market for solutions,” Kuptz noted.

Distributors like Synnex are becoming solution aggregators, and it’s paying off big time in the IoT space, says Microsoft

One such solution comes from Ottawa-based Microsoft partner Relogix. It uses IoT sensors to help corporations optimize their office space. With data from various types of sensors and other sources such as employee badge swipes, its algorithms provide insights into space utilization that allow companies to more accurately determine their needs.

Sandra Panara, director of workspace insights, described how one customer, a risk management company, went through the process. Its London, U.K. offices had moved to unassigned seating, since many of its employees were on the road or worked remotely, and had saved a lot of money. But a move to roll out the initiative across the corporation was met with major pushback in North America. The company needed to understand how space was being used, who was actually at their desk on any given day and for how long. 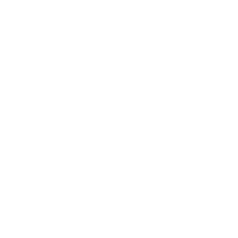 Relogix installed 1,600 sensors via its subscription IoT Sensor as a Service offering for a period of six months. These sensors are little peel and stick devices that can be placed under desks or chairs or on walls or in ceilings and use the cellular network to communicate. They have a battery life of five years. Over the six months. 2.4 million data points were collected and stored on Microsoft Azure for analysis.

That reality proved to management that of its over 1,100 seats, only 532 were occupied some of the time, with utilization (the time spent in the seat) amounting to the equivalent of 279 seats. It also showed that some squatters were choosing to occupy meeting rooms rather than sitting at their own desks. After seeing that data, the company got buying from its North American business units.

The Relogix solution does more than just track usage. Integrated with a reservation system, it can detect whether meeting rooms that were reserved are actually used. If not, based on business rules the reservation can be released, freeing the space for others. Panara said that companies are exploring the concept of “just in time” (JIT) rooms that can’t be reserved.

“There’s a lot of companies that are adopting flexible space, but they still keep the boundaries of the business unit; those two don’t work together. If you have adopted a shared space environment, then I should have the flexibility to work virtually anywhere in that building, based on the appropriate team that I’m going to be working with or collaborating with, on that day or on a project or whatever the case might be,” she said. “And so there’s still a little bit of old school thinking going on in organizations but I think it’s just a matter of time because companies are getting much more stringent with how they want to deal with their real estate and real estate is very, very expensive, and it’s the second-highest cost in an organization that you can actually control. So once you have a very good understanding of what your requirements are, it becomes very easy to figure out what the strategy should be in terms of what your layout and such should be.”

Added Julie Morin, director IoT solutions, Canada, at Microsoft, “We actually saw a customer that wanted to lease more space, and they did a study, and basically, they found out that only 40 percent of the space was being utilized. Why would they go out at lease more space? So it’s quite interesting that now even the property management companies are trying to get better intelligence so that they can provide it to their customers.”