PCs getting a second life from CNB Computers

The company takes mostly off-lease notebooks from HP, Lenovo and Dell and refurbishes them turning the hardware assets into high quality machines. Bony Singh, the founder and CEO of CNB Computers, told CDN that the company currently ships out approximately 28,000 hardware assets per month.

Singh added, the company’s facility near the Toronto airport is bursting at the seams and they are working on expanding its capabilities.

“This company has hit huge scale at 30 per cent of Microsoft Canada’s MAR program is just with CNB. When you look at Canada compared to the U.S. it should be roughly 10 per cent. CNB is hitting 300 per cent their body weight,” Kennedy said.

This performance has enabled CNB to win the 2016 Microsoft MAR Partner of the Year award.

CNB’s top two markets is retail and education, but the company is shifting gears and wants to engage with channel partners to help them grow and expand the company.

According to Kennedy, the MAR program was established in 2007 as a licensing program with specially priced licenses for refurbished computers with a previous Windows operating systems. MAR partners such as CNB work to acquire off-lease hardware assets from sources such as financial institutions. Most of the time the lease on these products are not renewed. This creates the secondary market and companies such as CNB inspect each and every component before selling them. These machines become certified and customers can be assured they are getting a genuine copy of Windows 10.

This is actually an important distinction because Kennedy said not all secondary market PCs come equipped with an operating system.

“What happens is these PCs go out naked and it sometimes encourages things like non-genuine versions of Windows or other software. There was a thought out there you could save some money operating in the grey. But today if you do that you’ll risk more from threats such as state-sponsored hacking, WannaCry, WannaCrypt attacks and all malware that has, at times, crippled the Internet,” Kennedy said.

Through a MAR authorized provider such as CNB customers will see a certificate of authenticity on the machine knowing it has genuine Windows 10.

Entering the MAR program can be a challenge for solution providers. Microsoft demands at least 20,000 assets per year. This is why CNB is looking to partner with more solution providers in the channel. The company believes it can provide channel partners with cost-effective hardware solutions. Also, there are some solution providers who have given up on reselling hardware because the margins are so low. Refurbished PCs come with better margin potential.

And, the market opportunity could increase because of the trend towards PC-as-a-Service (PCaaS). Kennedy said, businesses today want to remove themselves from non-strategic work in managing IT. Recently Dell EMC introduced a PCaaS offering. Kennedy said that PCaaS is not just a big bet for vendors such as Dell but for Microsoft too.

“Customers are shifting their views from an individual set of transactions to the lifecycle model. So how do you go about solving those problems in terms of hardware assets in a lifecycle model?”

A secure deployment with productivity tools managed throughout the lifecycle. Channel partners can offer the PC with Office 365, CSP (Cloud Service Provider), and Skype for Business as an example. Then the channel partner brings in their own migration services and support. This bundled solution instead of costing $2,000 on average is priced at $60 per month, per user.

“This model has some of the structure of a lease but it looks more like the carrier model,” Kennedy added.

And, Kennedy went on to say there is no reason why a company such as CNB could not offer refurbished hardware as-a-service.

CNB operates its business similar to any other OEM in the market. The company has a service centre and customer service programs and a lab. CNB offers warranties just like any other OEM and some machines come with a five-year warranty.

Sidebar: The Surface device’s prospects for the secondary market

The Microsoft Surface is not part of the MAR program today. However, Microsoft is considering including the Surface down the road. John Kennedy, the vice president of Microsoft Canada’s OEM division, reiterated that there are no plans at this time to include Surface in the MAR program. 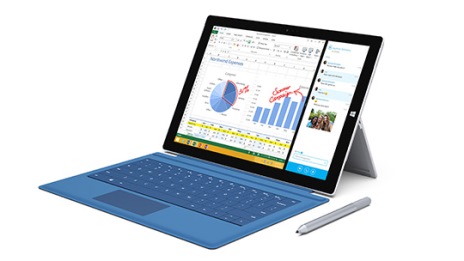 New technology such as the Surface takes three years on average to enter the secondary market and the Surface was initially released back in 2013.

Right now, the MAR program looks at machines that fit the program. For example, the hardware assets need to have removable batteries. The Surface does not have that as it’s an all-in-one unit.

“The Surface for us was category building. Microsoft is putting in a big push for the Surface and other 2-an-1s as premium products. But we do care about the refurbished market and we do care about customer choice. We want to help them find the right PC to love,” Kennedy added.