Postcards from a mega data centre in China 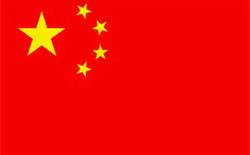 Rob Ober is an LSI fellow in corporate strategy area of the San Jose, Calif.-based vendor. He recently visited China a penned a blog about his experience at a mega data centre.

I’ve been travelling to China quite a bit over the last year or so. I’m sitting in Shenzhen right now (If you know Chinese Internet companies, you’ll know who I’m visiting). The growth is staggering. I’ve had a bit of a trains, planes, automobiles experience this trip, and that’s exposed me to parts of China I never would have seen otherwise. Just to accommodate sheer population growth and the modest increase in wealth, there is construction everywhere – a press of people and energy, constant traffic jams, unending urban centers, and most everything is new. Very new. It must be exciting to be part of that explosive growth. What a market. I mean – come on – there are 1.3 billion potential users in China.

The amazing thing for me is the rapid growth of mega data centers in China, which is truly exponential. Their infrastructure growth has been 200 per cent – 300 per cent CAGR for the past few years. It’s also fantastic walking into a building in China, say Baidu, and feeling very much at home – just like you walked into Facebook or Google. It’s the same young vibe, energy, and ambition to change how the world does things. And it’s also the same pleasure – talking to architects who are super-sharp, have few technical prejudices, and have very little vanity – just a will to get to business and solve problems. Polite, but blunt. We’re lucky that they recognize LSI as a leader, and are willing to spend time to listen to our ideas, and to give us theirs.

Even their infrastructure has a similar feel to the US mega data centers.

Profitability
A lot of these guys are growing revenue at 50 per cent per year, several getting 50 per cent gross margin. Those are nice numbers in any country. One has hundreds of billions of dollars in revenue. And they’re starting to push out of China. So far their pushes into Japan have not gone well, but other countries should be better. They all have unique business models. “We” in the US like to say things like “Alibaba is the Chinese eBay” or “Sina Weibo is the Chinese Twitter”…. But that’s not true – they all have more hybrid business models, unique, and so their data center goals, revenue and growth have a slightly different profile. And there are some very cool services that simply are not available elsewhere. (You listening Apple, Google, Twitter, Facebook?) But they are all expanding their services, products and user base. Interestingly, there is very little public cloud in China. So there are no real equivalents to Amazon’s services or Microsoft’s Azure. I have heard about current development of that kind of model with the government as initial customer. We’ll see how that goes.

Scale
Hundreds of thousands of servers. They’re not the scale of Google, but they sure are the scale of Facebook, Amazon, Microsoft…. It’s a serious market for an outfit like LSI. Really it’s a very similar scale now to the US market. Close to one million servers installed among the main four players, and exabytes of data (we’ve blown past mere petabytes). Interestingly, they still use many co-location facilities, but that will change. More importantly, they’re all planning to probably double their infrastructure in the next one to two years . They have to; their growth rates are crazy.

Platforms
Often five or six distinct platforms, just like the US mega datacenters. Database platforms, storage platforms, analytics platforms, archival platforms, web server platforms…. But they tend to be a little more like a rack of traditional servers that enterprise buys with integrated disk bays, still a lot of 1G Ethernet, and they are still mostly from established OEMs. In fact, I just ran into one OEM’s American GM, whom I happen to know, in Tencent’s offices today. The typical servers have 12 HDDs in drive bays, though they are starting to look at SSDs as part of the storage platform. They do use PCIe flash cards in some platforms, but the performance requirements are not as extreme as you might imagine. Reasonably low latency and consistent latency are the premium they are looking for from these flash cards, not maximum IOPs or bandwidth – very similar to their American counterparts. I think mega data centers are sophisticated in understanding what they need from flash, and not requiring more than that. Enterprise could learn a thing or two.

Some server platforms have RAIDed HDDs, but most are direct map drives using a high availability (HA) layer across the server center – Hadoop HDFS or self-developed Hadoop like platforms. Some have also started to deploy microserver archival “bit buckets.” A small ARM SoC with four HDDs totaling 12 TBytes of storage, giving densities like 72 TBytes of file storage in 2U of rack. While I can only find about 5,000 of those in China that are the first generation experiments, it’s the first of a growing wave of archival solutions based on lower performance ARM servers. The feedback is clear – they’re not perfect yet, but the writing is on the wall. (If you’re wondering about the math, that’s 5,000 x 12 TBytes = 60 Petabytes….)

Power
Yes, it’s important, but maybe more than we’re used to. It’s harder to get licences for power in China, so it’s really important to stay within the envelope of power your data center has. You simply can’t get more. That means they have to deploy solutions that do more in the same power profile, especially as they move out of co-located data centers into private ones. Annually, 50 per cent more users supported, more storage capacity, more performance, more services, all in the same power. That’s not so easy. I would expect solar power in their future, just as Apple has done.

Scorpio
Here’s where it gets interesting. They are developing a cousin to OpenCompute that’s called Scorpio. It’s Tencent, Alibaba, Baidu, and China Telecom so far driving the standard. The goals are similar to OpenCompute, but more aligned to standardized sub-systems that can be co-mingled from multiple vendors. There is some harmonization and coordination between OpenCompute and Scorpio, and in fact the Scorpio companies are members of OpenCompute. But where OpenCompute is trying to change the complete architecture of scale-out clusters, Scorpio is much more pragmatic – some would say less ambitious. They’ve finished Version 1 and rolled out about 200 racks as a “test case” to learn from. Baidu was the guinea pig. That’s around 6,000 servers. They weren’t expecting more from Version 1. They’re trying to learn. They’ve made mistakes, learned a lot, and are working on Version 2.

Even if it’s not exciting, it will have an impact because of the sheer size of deployments these guys are getting ready to roll out in the next few years. They see the progression as 1) they were using standard equipment, 2) they’re experimenting and learning from trial runs of Scorpio versions 1 and 2, and then they’ll work on 3) new architectures that are efficient and powerful, and different.

Information is pretty sketchy if you are not one of the member companies or one of their direct vendors. We were just invited to join Scorpio by one of the founders, and would be the first group outside of China to do so. If that all works out, I’ll have a much better idea of the details, and hopefully can influence the standards to be better for these mega data center applications. Between OpenCompute and Scorpio we’ll be seeing a major shift in the industry – a shift that will undoubtedly be disturbing to a lot of current players. It makes me nervous, even though I’m excited about it. One thing is sure – just as the server market volume is migrating from traditional enterprise to mega data center (25-30 per cent of the server market and growing quickly), we’re starting to see a migration to Chinese mega data centers from US-based ones. They have to grow just to stay still. I mean – come on – there are 1.3 billion potential users in China.

CDN Staffhttps://channeldailynews.com
For over 25 years, CDN has been the voice of the IT channel community in Canada. Today through our digital magazine, e-mail newsletter, video reports, events and social media platforms, we provide channel partners with the information they need to grow their business.
Previous article
Supercomputer-class laptop is based on nanotechnology
Next article
New 1.8” SSDs up to 480GB now shipping