Reach out and touch Photoshop … on your phone 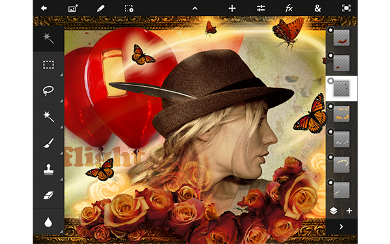 “Mobile phones are increasingly becoming the primary tool for people to take and edit photos,” said Winston Hendrickson, vice president products, creative media solutions for Adobe, in a statement. “Adobe is dedicated to serving our customers’ evolving creative workflow and we heard, loud and clear, that Photoshop fans wanted some core Adobe imaging magic on their smartphones.”

Among Adobe Photoshop Touch for phone’s features is the ability to: