The new service will be on Rogers cloud platform powered by Cisco equipment, but Rogers Enterprise Business Unit president Nitin Kawale was quick to say that these services are “a Rogers’s product.” Kawale is the former president of Cisco Canada. 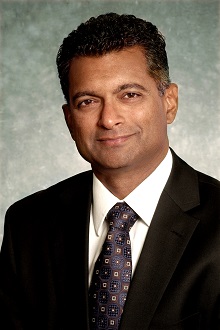 “These are network services in an as-a-service model and it’s a single plane of glass. With this platform we can put in any other as-a-service (product) on it. It then becomes our delivering platform,” Kawale said.

The strategy behind these moves by Rogers is part of the service provider’s mobile first approach. Kawale said people are more interested today in technology outcomes than specific products or components such as the Internet of Things. “It’s more about the business process change and we want to disrupt that. When you look at the business outcomes people want they can’t be delivered without mobility,” he said.

This is no different than water or electricity being offered as a utility,” said Paul Monaghan, director of cloud and managed services at Rogers Enterprise Business Unit.

Managed Wi-Fi as-a-Service will have a monthly price that includes installation, cloud managed by Rogers, instant software updates and security fixes and is targeted at replacing a conventional LAN. Also part of the strategy is for Rogers to make the service predictable as turning on the lights or the water faucet in your kitchen. This means no SLA or CAPEX cost and can be implemented across multiple locations.

We are enabling customers to run their business as-a-Service rather than them having to build it themselves. This plays well in the mid-space. Look at a car dealership, for example, who needs Wi-Fi, networks and servers but they sell cars and do not want to have a huge IT department. Now they can procure from us and get on with the business of selling cars and we run it as a utility like water and electricity,” Kawale said.

There will also be a channel opportunity associated with the release of these Rogers services.

Kawale added that this is where the market intersects with the channel. “The channel knows how to deliver tech outcomes and we want to be the best partnering company out there. I understand that community very well and Rogers plans to utilize channel partners where ever we can,” he said.