Run your apps on our platform, says Cohesity 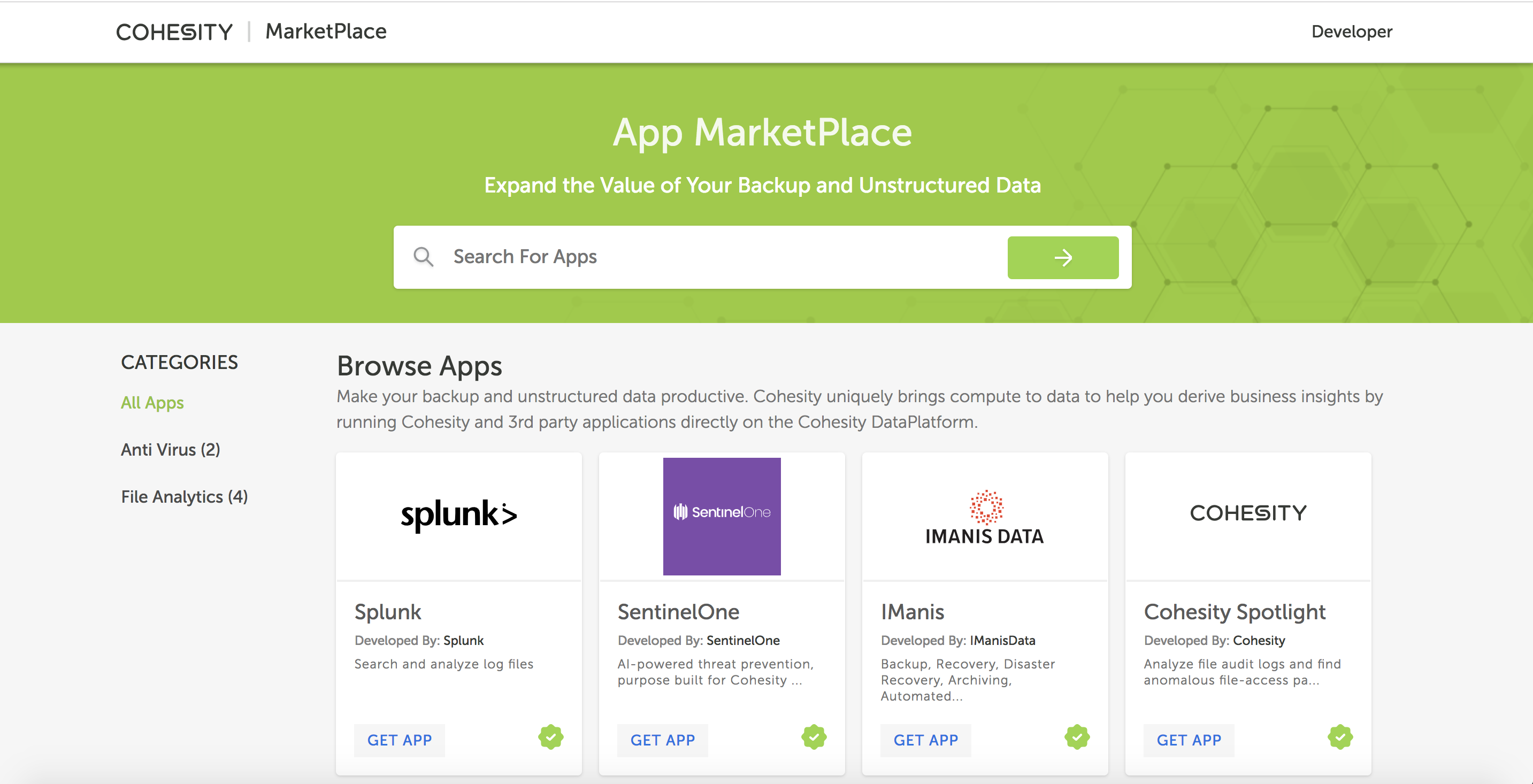 Cohesity is describing the ability for third-party applications to run on its platform as an industry-first in the storage space.

The hyper-converged secondary storage company announced yesterday that third-party applications can now run directly on the Cohesity DataPlatform, eliminating the need to make copies of backup data to move to a separate infrastructure since all of an organization’s backup and unstructured data can run directly on the platform. And, of course, running applications on a single platform means reduced costs.

Think of it as a smartphone running multiple applications on the same platform with a single UI, explained Mohit Aron, CEO and founder of Cohesity.

“I saw that many of the innovative design principles brought about by the smartphone could be applied to a serious and widespread IT problem that was inhibiting many organizations from being as effective as they could be,” noted Aron in a blog post. “We coined the term mass data fragmentation to describe it – the vast and growing sprawl of secondary data that has become scattered across different locations, trapped in infrastructure silos, and buried unseen in long forgotten storage systems, making it almost impossible for IT to manage – still less utilize the data for business advantage.”

It’s well-known that legacy infrastructure often houses a dozen or more separate components, each with a separate UI and barriers to sharing data. A recent survey commissioned by Cohesity says more than 90 per cent of respondents are worried about the level of visibility they have into their secondary data. That’s a pretty big problem when data visibility, and retrieval of that data, is now the mainstay of today’s compliance policies.

Additionally, Cohesity announced a software developer kit (SDK) as part of a new Cohesity Developer Portal, allowing business and developers to build custom apps at their own pace. App stores, another innovation popularized by the smartphone, is something Cohesity decided to build as well. Customers will be able to download apps from the Cohesity MarketPlace and run them directly on the Cohesity DataPlatform. Cohesity has already announced four third-party applications:

Cohesity also launched three of its own apps:

Both the marketplace and SDK are generally available now, and Cohesity says the Cohesity Pegasus 6.3 release, from which most of the latest announcements come from, is scheduled for release in March.

Cohesity’s channel ecosystem is extensive, and includes various service providers and technology partners. You can learn more about it here.

MSPs on Reddit get chatty about micromanaging bosses, Microsoft 365, and Office...

You might want to think twice about integrating RMM with backups, says...