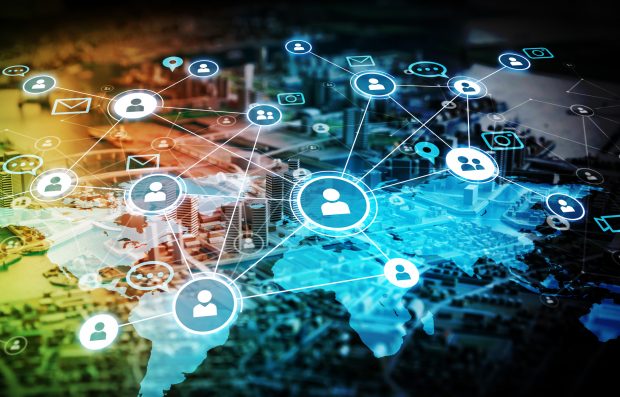 Domestic Russian technology companies are rushing to fill the void left by Western companies’ exit due to sanctions imposed in response to the invasion of Ukraine.

State-owned gas giant Gazprom sees an opportunity to take the lead in technology at home, and has taken control of the various media companies under its umbrella in conjunction with the government’s ban on Western social media platforms.

Russia’s most popular social media site, Vkontakte VK, has driven the shift from Facebook to its Russian counterpart: the platform, with an average of 50 million daily users and an 80 per cent penetration rate among Russia’s monthly Internet users, has recently developed a step-by-step guide to migrating from Western social media platforms to their local counterparts.

Since the Russian invasion of Ukraine, data from Brand Analytics show that VK has been on the rise, with an 11 per cent increase in volume between 24 February and 24 March. In addition to its social media platform, VK also owns email provider mail.ru, the game platform MY.Games, and has also invested heavily in educational technology.

The government is also aggressively encouraging other domestic technology companies to displace their Western counterparts, promising them incentives such as tax breaks, loans, and preferential military service.

Gazprom Media, which owned RuTube, a video hosting site that channels YouTube, saw a 550 per cent increase in user numbers at the beginning of March. The same can be said of Gazprom’s TikTok counterpart Yappy, an alternative to the former which was banned by the Russian authorities for allegedly spreading harmful content. Yappy was introduced in September 2021 and is currently accumulating more and more users in the absence of TikTok.

The Russian authorities are also interested in the Telegram app, although they tried to block it as early as 2018. Telegram, which is now widely used on both the Russian and Ukrainian sides, is preparing to replace Whatsapp if that messaging platform also becomes inaccessible on Russian soil.

The Kremlin’s move to support the establishment of sovereign social media platforms would easily allow it to monitor, regulate, and censor Internet activity inside and outside the country.

“Today, everyone is adapting to the new reality,” said Yulia Pohlmann, co-founder of the marketing agency Market Entry Atelier. “It is still very early to make a prognosis of how the social media landscape will look in Russia. But everyone is launching or unfreezing their accounts on VK, Telegram, Yandex Zen, and others.”

CDN Staffhttps://channeldailynews.com
For over 25 years, CDN has been the voice of the IT channel community in Canada. Today through our digital magazine, e-mail newsletter, video reports, events and social media platforms, we provide channel partners with the information they need to grow their business.
Previous article
Halton Regional Police to now use what3words app to assist in locating people lost or in distress
Next article
Hackers going after VMware Workspace ONE Access and VMware Identity Manager; patch now