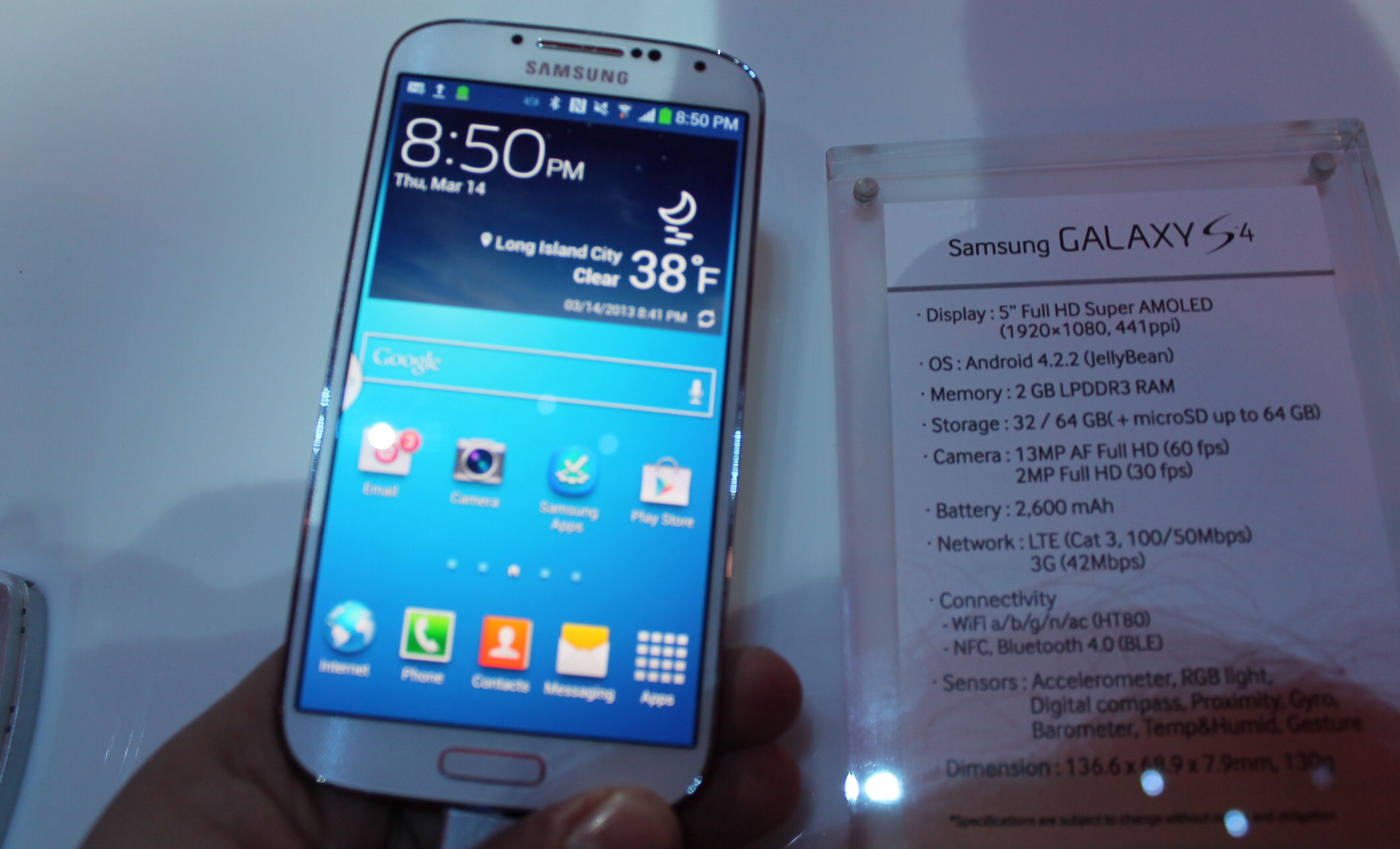 NEW YORK CITY – The Rockettes were nowhere to be seen, but Samsung Electronics still tried to kick it up a new notches at Radio City Music Hall on Thursday with launch of its latest Android smartphone, the Galaxy S 4.

The Android 4.2.2 (Jelly Bean) phone boasts a plethora of new features aimed at consumers – some more useful than others – as well as few features that should appeal to enterprise IT managers, and probably sound familiar to those that followed the BlackBerry 10 launch event in this same city in January.

J.K. Shin, the president of Samsung’s mobile division, said the innovations in the S 4 were inspired by the everyday challenges of people. Dad behind the camera can add himself into all the family pictures he takes with one new tool, and with smart scroll, you can scroll down through your email without your sticky fingers ever touching the screen.

“We’ve taken technology and innovation forward to help us get the most of what matters in life,” said Shin. “These ideas have been conceived from our observations of real life, which is the most important inspiration.

The bring your own device (BYOD) trend is clearly another key inspiration for the S 4. One feature called Samsung Knox, similar to BlackBerry 10’s personals feature, is only available to B2B users and allows them to separate their work life from their personal life without having to get a second phone. 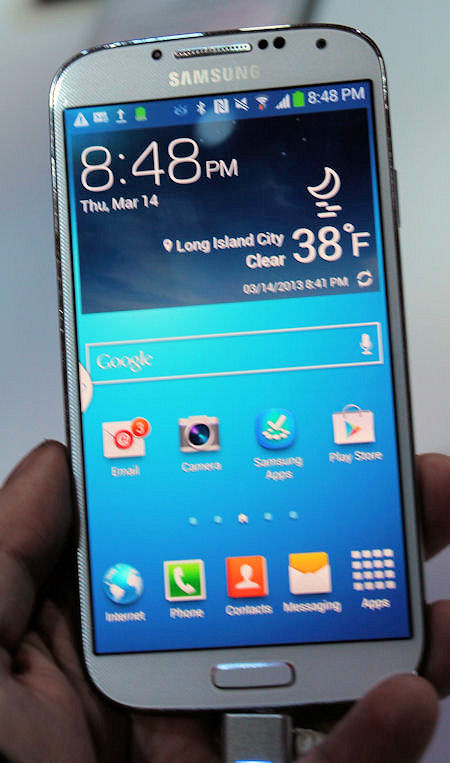 One feature with cross-over business and consumer appeal is likely to be the S Translator, which supports instantaneous translation with speech to text or text to speech in a number of popular languages. The device is also packed with a variety of sensors, including a pedometer, to support S Health, a health monitoring application.

Physically, the device boats a 5” Full HD Super AMOLED display with 441ppi Corning’s new Gorilla Glass 3. It’s powered by either a 1.9GHz quad core or 1.6GHz octa-core processor, depending on the market. It has 13MP back and 2MP front cameras and supports 802.11 a/b/g/n/ac wireless, as well as GPS, NFC and Bluetooth 4.0. On board memory maxes out at 64MB, and is expandable up to 64GB by MicroSD. It’s packed with sensors – an accelerometer, RGB light, geomagnetic, proximity, gyro, barometer, temperature and humidity, and gesture, and uses a 2,600 mAh battery to power it all. 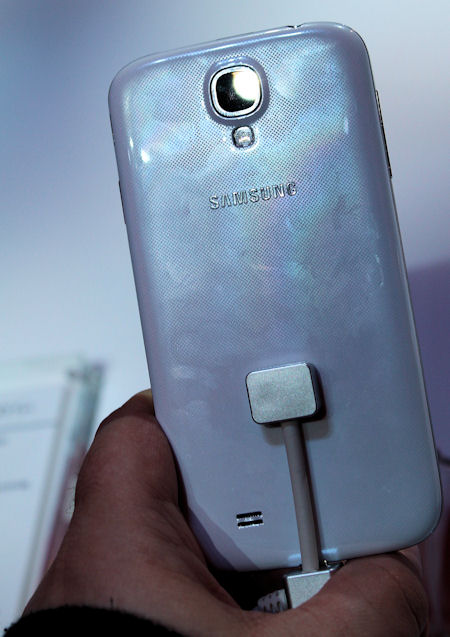 It will launch with 2.5G, 3G and 4G editions available depending on carrier networks, and the Canadian launch with Bell, Eastlink, Fido, Koodoo, Mobilicity, Rogers, Sasktel, Telus, Videotron, Virgin Mobile and Wind Mobile is expected in Q2.

Jeff Jedras
A veteran technology and business journalist, Jeff Jedras began his career in technology journalism in the late 1990s, covering the booming (and later busting) Ottawa technology sector for Silicon Valley North and the Ottawa Business Journal, as well as everything from municipal politics to real estate. He later covered the technology scene in Vancouver before joining IT World Canada in Toronto in 2005, covering enterprise IT for ComputerWorld Canada. He would go on to cover the channel as an assistant editor with CDN. His writing has appeared in the Vancouver Sun, the Ottawa Citizen and a wide range of industry trade publications.
Previous articleHP and Samsung partner on a new mobile print offering
Next articleBelkin’s acquisition of Linksys a done deal

TikTok could face a fine from the U.K. for...

As interest rates rise and profits slow in Canada...

Security and risk management, application and integration strategies, and...