Securing history: The story of the Vatican Library going digital

LAS VEGAS – Luciano Ammenti has a boss unlike any other.

The CIO of the Vatican Library reports directly to Pope Francis. Ammenti described his relationship with Pope Francis as similar to any other CIO-to-decision maker scenario except for one thing.

“I can talk to Papa Francesco about any problem, but I know that he has many more important things to make decisions on,” Ammenti said. 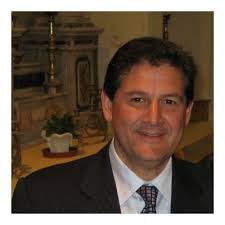 Ammenti’s approach to security for the Vatican Library is not that different than any other important organization. He decided to change the process of the workflow. In this sense it’s very much black-and-white, he told CDN during an interview at the recently concluded EMC World Conference.

This project, he added, is about conservation. Today only 20 per cent of students get an opportunity to view these precious documents at the library. “None of this is getting studied,” Ammenti said.

“In 10,000 years these documents have not changed; but, before people were able to study them. This collection is for humanity and not just for the people who work at the Vatican.”

In securing the collection, Ammenti implemented RFID tags to store all the data on silicon solid memory. This enabled the Vatican Library to essentially be reprogrammable with the ability to archive historical book data, inventory, transactions, removals, restoration and could track who managed the book and read the book. All this data became distributed on an extended network online.

Surveillance cameras provide physical security that could track the person and the document inside the library walls. The library features several reading rooms. The data captured here because evidence says Ammenti search by name capability, ID card for check-in and check-out, gate, sensor and video camera information from security software developed by Pergamom RFID. The Pergamom solution created a sort of crosswalk between the bibliographic catalogue and the information stored in microchips. What it delivered for the Vatican Library was anti?theft system that reduced inventory costs.

Inside the reading rooms the open stack collection of around 400,000 volumes (monographs and periodicals) are follow topographic criteria (e.g. the group of Ancient Latin Literature in the Main Reading Room). The system processes the file and checks the record structure (for monographs, periodicals, and other materials). The system displays the selected data and automatically detects the number of holdings that will correspond to the number of tags because each volume or physical unit needs a tag inside.

Other issues rose up to challenge Ammenti during this digitalization project such as formatting the documents that could guarantee interoperability over time. The format chosen by Ammenti was FITS instead of the more known TIFF.

According to Ammenti, FITS is better for BAV, its 64-bit instead of 32-bit for TIFF and it has unlimited file size. 3D virtualization of the historic documents was also important to the Vatican and TIFF is incapable of that. FITS is also open source and has been update consistently every six months. Ammenti questioned TIFF relevance since it was last updated in 1998.

“FITS are 64-bit and easy to analyse the data of any file. It has all the information inside of it and this helps with the acquisition process workflow,” he said.

To ensure long-term storage, images are saved in multiple locations using EMC Isilon arrays, VNX arrays, VPlex, and SRA products. The entire Vatican Library has 42 km of shelving and some of the documents are from the first century. It even has the first-ever printed document.

The digitized images are available online on the Vatican’s portal.

Recently the Vatican Library implemented a ViPR solution from EMC. ViPR is EMC’s software-defined storage solution that automates the management, delivery and access of the storage. ViPR also provides an open, extensible architecture for data centre integration with services that can scale to the cloud.

About three years ago Ammenti’s team struggled with its data centre because the digitization project was on a network attached storage system. By using ViPR it will provide the Vatican with analytics for each document.

The strategy for Ammenti was to make the IT infrastructure secure, agile and innovative to increase efficiency and effectiveness, while improving visibility across systems and the data centre.

The Vatican Library’s main data centre was built in 2012 and features two Isilon consoles and is ready for 45 Petabytes of data per day, which is the equivalent of 500 pages of a manuscript.

“Distribution is the most important thing. We want to go into every home and have every person able to flip any manuscript,” Ammenti said.

Ammenti doesn’t think he is a customer of EMC, but rather a partner that can work together to brainstorm.

“This is a big data project like no other. Our philosophy is you cannot guarantee the conservation and do we decide that this could change at any moment in the next 10 years and so the document I choose not to save could be gone. The manuscript does not have time to wait,” he said.

“We need to open our hearts and our minds to any dream. Any dream can be realized and any one manuscript is a piece of our story.”