When you think of a smartwatch, you’re probably thinking of Apple, Pebble (acquired by Fitbit), or Samsung. That could change with the ZenWatch 3, Asus‘ latest generation smartwatch.

With a beautiful design and crisp screen, this smartwatch is a gorgeous option out of smartwatches available today. Asus has made significant strides with the ZenWatch 3, but the lack of Android Wear 2.0 due to Google’s delay into February 2017 may keep this smartwatch from reaching its full potential. 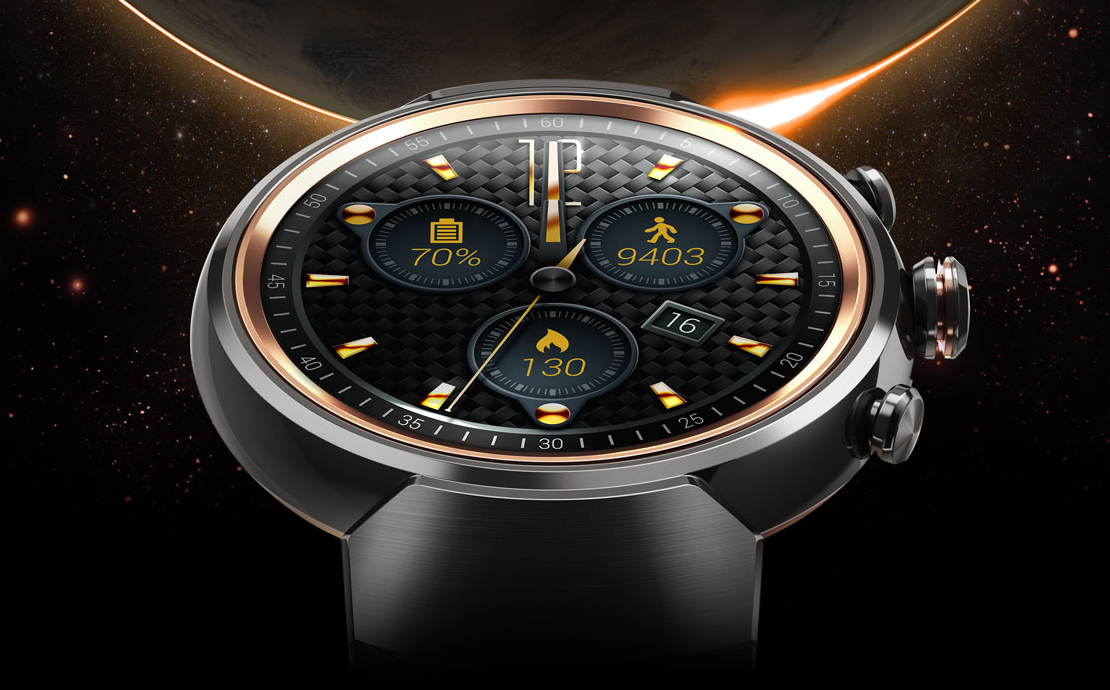 Off the bat, I’m happy to see that Asus ditched the square-frame it had been using in previous editions. The gunmetal design (it also comes in rose gold and silver) combined with brown Italian leather straps makes for a truly beautiful device.The 45mm wide screen isn’t small by any means, instead, it matches your average watch size, which is about as good as we can expect at this stage in smartwatches.

I’ve often talked about how smartwatches aren’t going to replace traditional watches until they start to match them in beauty, and Asus is on the right track here.

Display wise, the 400×400 resolution AMOLED screen is crisp. I found it to be quite reactive, and had very few lag issues. The three buttons protruding from the side are efficient, but limited.

By default, the top button is set to the watch’s ZenFit app and the bottom to ‘eco-mode’, or power-saving mode, but both can be set to any app on the device. As someone who uses a smartwatch in a very passive capacity, I set each button to my email and messaging system respectively, which is handy for when you don’t want to subtlety check a message or email during a meeting. 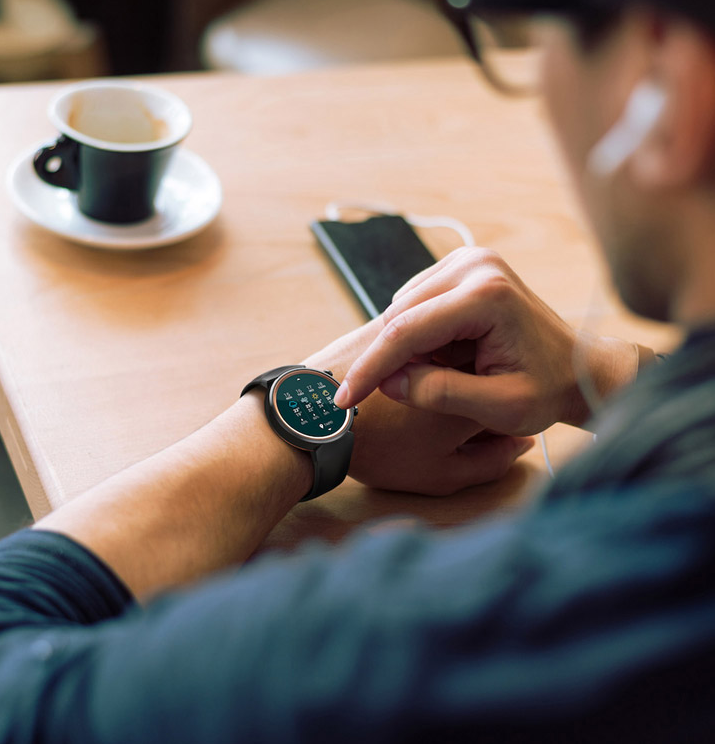 Since the watch uses Android Wear, you can expect a significant selection of different watch faces. Asus even went overboard, giving the watch about 50 faces. And if you don’t like any of those options, there is a FaceDesigner app that will allow you to create whatever face you’d like.

Software wise, I have no problem with the simplicity of Android Wear 1.5 and ZenWatch manager. It is easy to configure on your phone, and any change made there will immediately be made on the watch.

The ZenWatch 3 has IP67 certification, meaning the watch is dust proof and water resistant up to one metre for 30 minutes. I wouldn’t recommend jumping in a pool or the shower with it on, but no need to worry when washing your hands or doing the dishes.

When you start to compare the ZenWatch 3 to other new releases like the Samsung Gear S3, the software problems become apparent. Samsung and Apple have upped the game with their respective operating systems. Google delaying the release of Android Wear 2.0 until mid-February 2017 has only hurt this device.

Wear 2.0 will give the ZenWatch 3 new features such as standalone apps, which eliminates the need of proximity with your android device to use apps; the Play Store, giving users the ability to browse and download apps on the smartwatch itself; and a new messaging system, allowing users to send messages straight from their watch.

These Wear 2.0 updates sound great, but it has meant that the ZenWatch 3 has had to survive with a lack of new features for months.

Unlike the latest versions of the Apple Watch and Samsung Gear where fitness options are available, the best the ZenWatch 3 can do is make Asus sports bands available that you can swap in. Unfortunately, those cost extra, and I would not recommend working out with the leather band.

Speaking of the straps, after about a month of daily use, the leather bands did show notable wear and tear. If that continues at the same pace, you may need to replace the straps at some point during the watch’s lifetime. 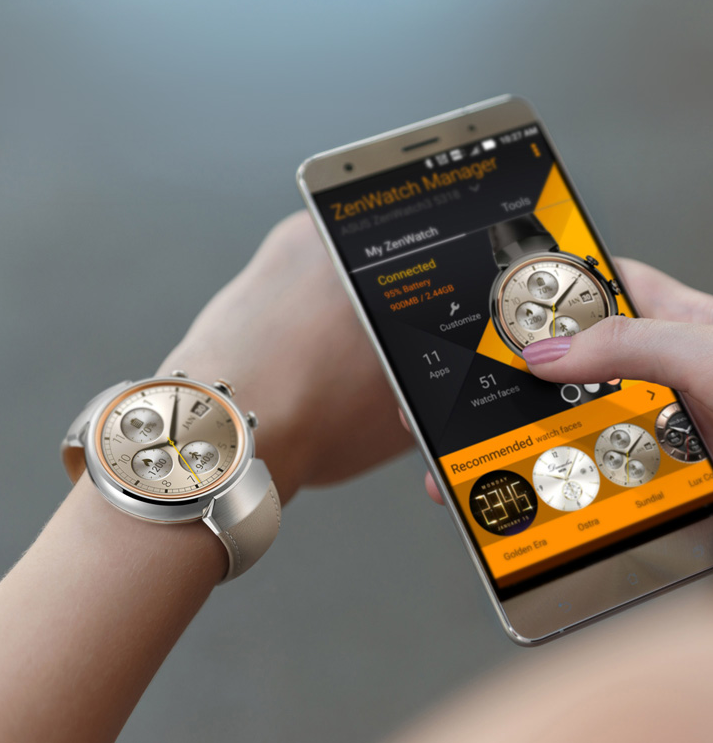 When it comes to the watch’s ZenFit application, there is much to be desired. It tracks what you’d expect, running, pushups, and situps, but lacks the heart rate monitor or GPS that is expected in present day smartwatches.

I, for one, would like to see Asus move away from the fitness requirements. With the aesthetic Asus is going for, you wouldn’t be purchasing the ZenWatch 3 as your primary fitness wearable device. Include the features expected in a smartwatch, but focus on features buyers of this watch are more likely to use.

Battery wise, I would charge the device about every two days with passive use, including turning it off at night. This is about what you’d expect from a watch at this price, but when you have options like the Gear S3 double that time, this feels lackluster.

However, the ZenWatch 3 does fully charge in about an hour, and 15 to 30 minute charges can give you almost a full day’s charge.

When it comes to mid-range smartwatches, the ZenWatch 3 comes out ahead of the rest. It’s easily one of the more beautiful smartwatches available at any price point, with plenty of customization options that allow you to choose how you want this device to function.

The rest of the ZenWatch 3’s life-cycle will be decided by the impact of Android Wear 2.0. Right now the watch’s features are bareboned and nothing worth talking about. If Android Wear 2.0 significantly upgrades the device, then it may even be able to give the Gear S3 and Apple Watch Series 2 devices a run for their money.

The Asus ZenWatch 3 is currently available in Canada for $329.

Alex Radu
is a staff writer for Computer Dealer News. When not writing about the tech industry, you can find him reading, watching TV/movies, or watching the Lakers rebuild with one eye open.
Previous articleTablet market continues to go south: new IDC research
Next articleVMware creates digital transformation with network virtualization platform update