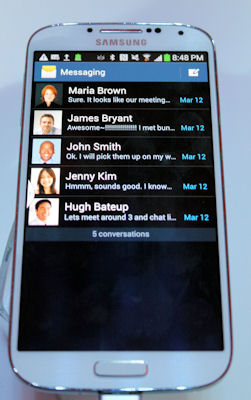 Seven Networks, a solution provider based in Redwood City, Calif. with an expertise in managed mobile data traffic software worked hand-in-hand with Microsoft to develop the Outlook.com email Android client that launched on Google Play.

Microsoft announced that Outlook.com came out of preview earlier this year and is being positioned by the software giant as a brand new email service.

The new Outlook.com app has been designed with the same principles as the Web experience. It supports Android 4.1 and 4.2 (Jelly Bean) devices and will deliver push-enabled access to the inbox, contact list, folders and calendars.

Ross Bott, President and CEO of Seven Networks said it was a honour working with Microsoft once again. The prior Android app was incredibly successful with millions of downloads and very high user ratings. We’re confident that the Android community will be equally as excited about the new Outlook.com app.

Eduardo Indacochea of Microsoft added that the company has a long relationship with Seven Networks and embraced the Outlook.com design principles and believes it can deliver a very high-performance app.

As part of its long-term relationship with Microsoft, Seven Networks has certified hundreds of devices from a variety of manufacturers for the Microsoft-authorized Android apps, including HTC, LG, Motorola, Nokia and Samsung.

CDN Staffhttps://channeldailynews.com
For over 25 years, CDN has been the voice of the IT channel community in Canada. Today through our digital magazine, e-mail newsletter, video reports, events and social media platforms, we provide channel partners with the information they need to grow their business.
Previous articleNew cloud-based document management system launches for SMBs
Next articleBlackBerry makes changes to its partner program