Spend on cyber-security is going way up 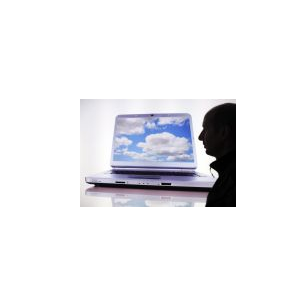 London-based ABI Research, in its latest study, said the cyber-security spend specific on critical infrastructure will rise to $46 billion worldwide.

According to the market research firm, the digitization of critical infrastructures has provided substantial benefits in terms of socio-economic developments – improved productivity, better connectivity, greater efficiencies. Yet some of these attributes also carry significant risks. Always-on Internet connectivity has ushered in a new cyber-age where the stakes are higher. Disruption and destruction through malicious online activities are the new reality: cyber-espionage, cyber-crime, and cyber-terrorism. Despite the seemingly virtual nature of these threats, the physical consequences can be quite tangible.

The study also found that the cyber protection of critical infrastructure has become the most immediate primary concern for nation states. The public revelation of wide-spread state-sponsored cyber-espionage presages an era of information and cyber warfare on a global scale between countries, political groups, hacktivists, organized crime syndicates, and civilian society – in short, to anyone with access to an Internet-connected device. The focus on cyber security is becoming imperative. While some industries have had highly advanced cyber-defense and security mechanisms in place for some time (i.e. the financial sector), others are severely lacking and only just starting to implement measures (i.e. energy, healthcare). The drivers for the market in related products and services are numerous, but in large part many will be propelled by national cyber security strategies and policies.

ABI Research estimates that cyber security spending for critical infrastructure will hit $46 billion globally by the end of 2013. Increased spending over the next five years will be driven by a growing number of policies and procedures in education, training, research and development, awareness programs, standardization work, and cooperative frameworks among other projects. This Market Data on “Critical Infrastructure Security” breaks down spending for eight verticals: Defense, Energy, Financial, Healthcare, ICT, Public Security, Transport, and Water and Waste Management. The data is split by region (North America, Europe, Asia-Pacific, Latin America, the Middle East & Africa), by sector (private/public) and by type (product/service).

CDN Staffhttps://channeldailynews.com
For over 25 years, CDN has been the voice of the IT channel community in Canada. Today through our digital magazine, e-mail newsletter, video reports, events and social media platforms, we provide channel partners with the information they need to grow their business.
Previous articleFour new BYOD discoveries
Next articleCisco acquires security vendor