Synnex Canada tries to Solv the problem for resellers 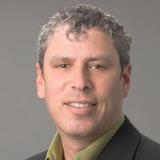 When Synnex began to introduce the Solv programs to the channel in 2009, the question that came up immediately was when they would be introduced to the Canadian market.

Mitchell Martin, president of Synnex Canada, deliberately took a methodical approach to launching Solv programs in Canada. The distributor, based in Toronto, for the longest time only featured PrintSolv. But in the last six months Martin and the team at Synnex Canada began to increase its pace of Solv adoption for the Canadian market.

At the last VARnex Conference in San Diego, ConvergeSolv and VisionSolv were brought into the Canadian fold. But in the last three months Synnex Canada increased their speed and introduced CloudSolv, MobilitySolv and ServiceSolv.

Even a component of the GovSolv program is now in Canada. Synnex will offer the Google education program portion of GovSolv to Canadian solution providers.

“This is where we need to be. The Solvs are differentiator for us. I think we are in really good shape with our value offering in Canada,” Martin said during a telephone interview from the VARnex Conference in Orlando.

During the VARnex show Synnex announced that its MOBILITYSolv group launched a Carrier Service Platform through MasterStream, a provider of Configure Price Quote (CPQ) software. The platform plans to offer mobility resellers the ability to generate quotes, view servicing pricing and activate wireline and wireless services for customers.