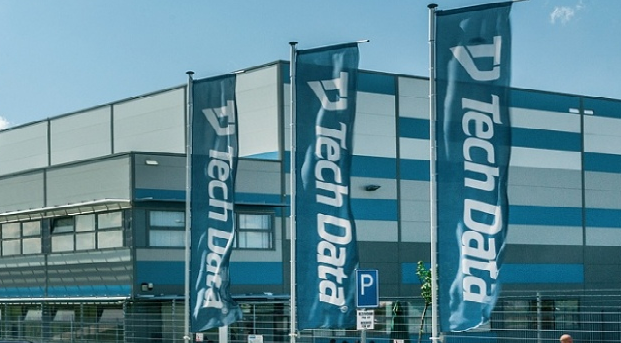 It’s the biggest IT distribution deal in history. Tech Data has acquired the Technology Solutions group of Avnet for $2.6 billion.

Avnet is an extremely important acquisition for Tech Data. The distributor was already augmenting its business model with value added solutions. The company’s Advanced Technology Solutions centre was a great example of that. But Tech Data continued to keep its broadline core as a major part of its operation.

With Avnet in the fold, Tech Data will be sporting value-based data centre infrastructure, software, and services to that mix, which will include Hewlett-Packard Enterprise and IBM software.

When this deal closes in Fiscal 2017 Tech Data will become a much bigger rival to Ingram Micro than ever before. Ingram currently is at $41 billion in worldwide revenue, while Tech Data is just over $26 billion. When you add the $9.6 billion from Avnet Technology Solutions, suddenly Tech Data is a $36 billion player that now has a presence in Asia Pacific; something the Clearwater, Fla.-based distributor was lacking.

“It’s early stages and there is still a lot of work to be done in meeting the teams and working out the integration of the two entities. In Canada I don’t think it will be too difficult because we know their accounts and so our progress will be quicker. And, I’m a fan of doing it quickly and leaving the fear behind with the employees. I will do my best to get that down quickly,” Reid said.

This deal does not mean Avnet goes away. After close, Avnet plans to focus on design chain and supply chain services, driving drive targeted investments in embedded solutions, Internet of Things and critical digital platforms.

Reid has been a big proponent that the market is over-distributed and this deal now becomes a positive in that direction.

“We’ve said many times that we are moving into that data centre, valud-add space to be more of a value-added distributor than a broadliner. This will help us grow the profit margins in a much bigger way. Tech Data will never lose sight of its core. We will continue to pursuit that business as always. But Avnet helps us augment our focus in the VAD space more crisply,” Reid said.

In terms of the Canadian operation of both Tech Data and Avnet, Reid said that he has reached out to Avnet Canada GM Brian Aebig to let him know what a great team he has. “One of the things we have acquired is the strength of the Avnet team in Canada and while it’s too early tell what will happen we certainly want to access the talent of that team,” he said.

One of the more convenient aspects of this deal from a Canadian perspective is that Avnet and Tech Data are neighbours in the Toronto suburb of Mississauga. “No one will have any major commute issues. When the deal came down they asked me how far their offices are and I said ‘I’m not a good golfer but I can hit them with my pitching wedge.’”

Under the terms of the agreement, Avnet will receive $2.4 billion in cash and 2.8 million shares of Tech Data common stock, currently valued at approximately $200 million.