The case for patent reform in high tech 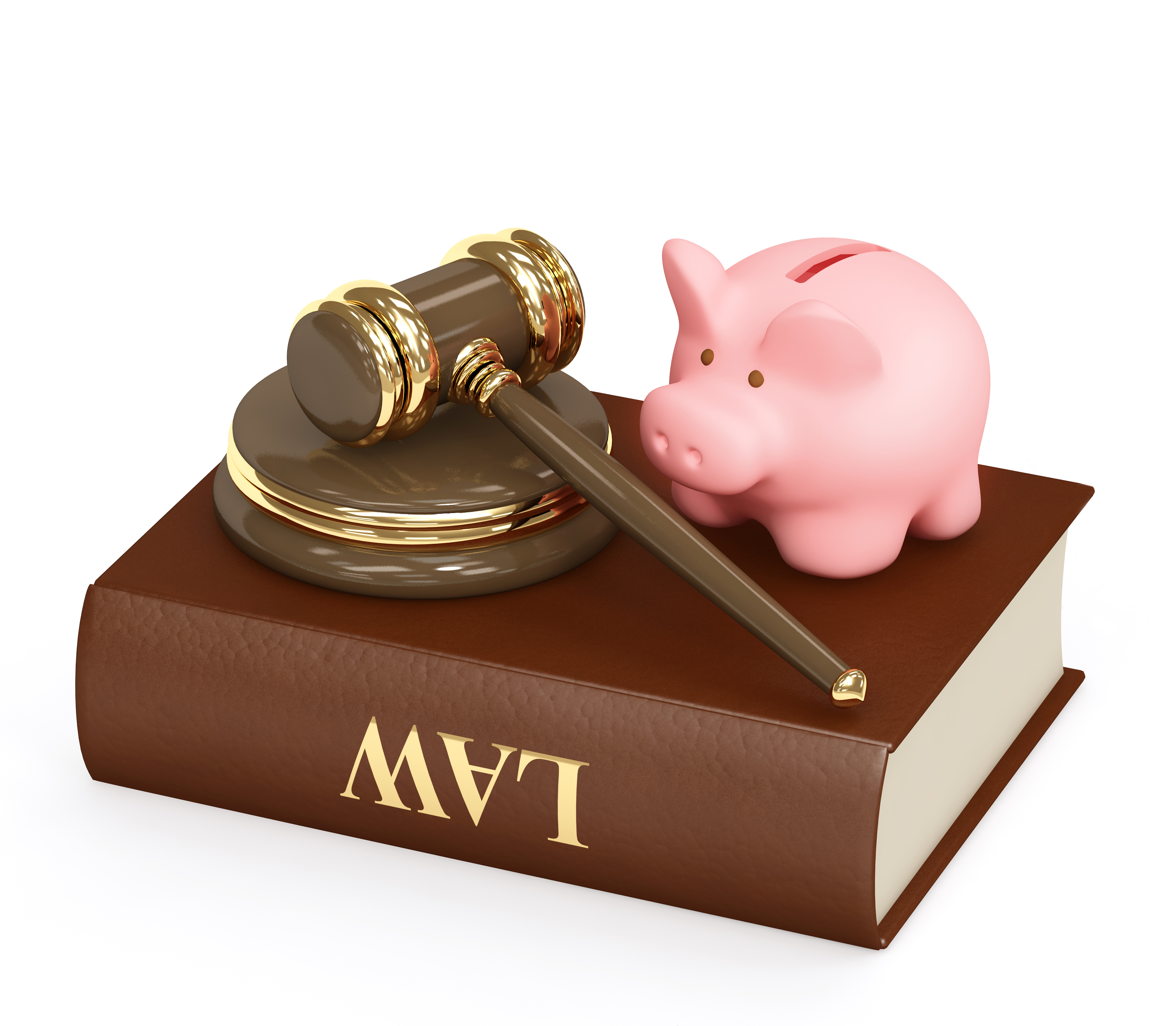 There are a lot of things to like about Texas – the people, the space, the open skies, the technology, the East Texas federal courts.

Patents have been around since at least 1331 when the first authenticated letter patent was issued. They were designed to give exclusive rights (protection) to inventions; and since then, a whole segment of the legal profession has been built up to file patents, oversee them, protect them and sue folks.

It’s become a helluva’ profession, especially for lawyers like Smartflash’s.

Smartflash was started like most companies by a guy named Patrick Racz with a few ideas.

He got three patents that Smartflash describes as, “The essence of the innovation lay in the inventive digital memory system which was configured and designed so as to permit for the first time, inter alia, the secure and controlled receipt, storage, retrieval, use and transmission of digital data that offered a range of functionality which included, but was not limited to, digital rights management (DRM) and payment facilities.”

Don’t ask me what it means but the lawyers convinced “a jury of your peers” in the Tyler federal court that it meant that Apple owes them $533 million.

Smartflash’s attorney, Brad Caldwell, explained it perfectly to Ars Technica, “a gadget you could hook up to a computer.”

Now that’s an explanation the judge and jury could understand!

Of course, Gary Shapiro, head of the CEA (Consumer Electronics Association) had a different view: “This case is Exhibit A for patent reform. The patent troll in this case doesn’t produce any products and services, has zero employees and operates from an office across the street from the courthouse in the notoriously troll-friendly Eastern District of Texas,”

But in their defense, there’s just no room for employees in their tiny office just down the street from the federal courthouse.

Naturally, Apple will fight the verdict and they have the lawyers and money to do it.

Despite what folks like to say about the other smartphones, the iPhone is more profitable to the company and app producers.

The Big Fish – While Android people like to say they have the biggest smartphone marketshare, Apple’s iOS garners most of the profits and most of the consumers’ activity. Smartflash probably decided to first target the folks making the most money and then go after the others … later.

Heck, people are talking about Apple being a $1T company some day.

Of course, judgments like this will slow it down … a little.

Their success may have worked against them down in Tyler because the system might have unconsciously thought that’s a pasture full of cattle fertilizer and our good ol’ boy barely has an office to turn around in.

The challenge is getting the trial moved out of Tyler.

Apple is no stranger to the court system … just in losing!

Of course, Caldwell isn’t waiting till/if the money starts rolling in because “the company” has filed similar suits against Samsung, Google, Amazon.

Big Targets – PAEs with questionable patents aren’t afraid of taking on industry giants– especially when the patents are so ambiguous as to possibly having a touch of validity. In addition, if their claims are “small” enough ($10,000 to $50,000), many organizations justify the payments as being less than the cost of a long trial with judges and juries ill-equipped to address the issues.

All of that tightens CEA’s Shapiro’s jaws who said, “This sort of blatant patent extortion is exactly the reason why Congress needs to act now on patent reform. This is yet another of example of the tsunami of bogus patent claims that drain $1.5 billion a week from the U.S. economy. The only atypical aspect of this case is the defendant – the majority of patent troll victims are small firms without big legal budgets, who can easily be coerced into a settlement.”

And you got that right from the horse’s mouth.

The problem is patents have been used and abused. Used as protective shields and as clubs.

Today, folks get patents for any concept or “what if” idea they can articulate in the filing – usually so broad you can stampede a herd through it.

Obviously, the Patent and Trademark Office (PTO) doesn’t have the people power or expertise to understand 80 plus percent of the stuff that crosses their desks, so they sign off on almost anything – good, bad and what the hell!

The latter are more commonly known by their less attractive name, patent trolls.

People who manage patents or have purchased tons of software patents may not necessarily be Patent Assertion Entities (PAEs) or more commonly known as patent trolls. However, if they spend most of their time sending out threat letters, being abusive on the phone (especially with a Texas drawl), then look out.

The cost – to the firms and consumers who must ultimately pay the costs (as Shapiro pointed out) has been tremendous.

Filing Growth – While even PAE lawsuits were down during the past recession, they recovered rapidly–faster than the national economy. But instead of quietly settling, a growing number of firms are joining forces to fight the frivolous suits.

The annual payouts for PAE lawsuits were estimated to be $29 billion a couple of years ago.

Only a fraction ($6 billion) went to the actual inventors.

In these trials – especially in east Texas – you’re guilty until you prove yourself innocent!!

Of course, they are equal opportunity suers, litigators.

After all, trolls can’t be sued for patent infringement because they don’t make anything … just lawsuits.

The PAEs usually have a complex shell company structure that is almost impossible to penetrate so it’s hard to figure out who’s doing what and where the money goes.

Apple is not only more popular than Coke, they (and unfortunately, their partners) are also popular with the trolls.

Some of the most aggressive PAEs are firms that if you’re fortunate you’ve never heard of – and we hope you never do. The software and concept patents are so vague that they could cover web sites, the Internet and almost anything. The key for successful litigation is to find a friendly or unscrupulous judge and sue away.

The overachiever has lawsuits pending with almost everyone in the industry including, Google, Hitachi and Adobe.

I’m sure there are others around the country, but it  seems as though east Texas has the best houses in the state.

Lodsys, in Marshall, TX, has sued hundreds and claims 500 firms have paid for their vague patents.

Since US District Judge Leonard Davis’ son “Bo” is the legal front for Lodsys, his cases got moved to neighboring Gilstrap which, incidentally, is just up the road a piece from Tyler.

Those Californicator lawyers aren’t gonna’ slip anything past these good ol’ boys!!!

Today, the Patent Office does a much better job of insisting software and concept patent applicants be specific. However, a million plus patents have been granted since 1990 – some valid, some questionable.

The legal system incentivizes firms to pay the trolls to go away rather than prove the patents invalid.

At the urging of the CEA and company lobbyists, the FTC (Federal Trade Commission) is taking a closer look at PAEs that spend most of their time in court.

Highly successful patent trolls like Smartflash, Lodsys, Geotag and Intellectual Ventures insist their business model actually helps inventors and many of their clients who have received payments agree.

Even if someone can straighten out the U.S. patent system, there are new issues on the horizon.

The EU is working on a unified patent court system.

Firms like Google, Apple, Microsoft and hordes of others that have spent millions defending themselves and have nightmares that Europe could become a similar battleground.

Kevin Mooney, British patent lawyer and chairman of the EU court system drafting committee, doesn’t see a major problem, “It would be nonsense if we allowed one court, Romania perhaps, to become the Eastern District of Texas.”

Of course, every good patent protection lawyer knows precisely what kind of legal houses they have in that area.

Ericsson, Sweden’s telecom manufacturer, filed lawsuits down there claiming Apple is using its wireless technology after the licenses expired and claims the general misuse of Ericsson’s intellectual property.

That got the media’s attention … and probably Apple’s!

Someone said they filed right after the Smartflash/Apple verdict probably with local lawyer assistance.

Maybe right after Smartflash’s Caldwell was asked about the court’s ruling.

He was as humble as the Governor who said, “I was sayin’ just this morning at the weekly prayer breakfast, in this historic capital, that it behooves both the Jews and the Arabs to settle their differences in a Christian manner!”

Then he stuffed his iPhone in his pocket, slipped his iPad and MacBook into his leather tooled case and headed into the sunset for some well-earned BBQ.