The Internet everyone wants to own 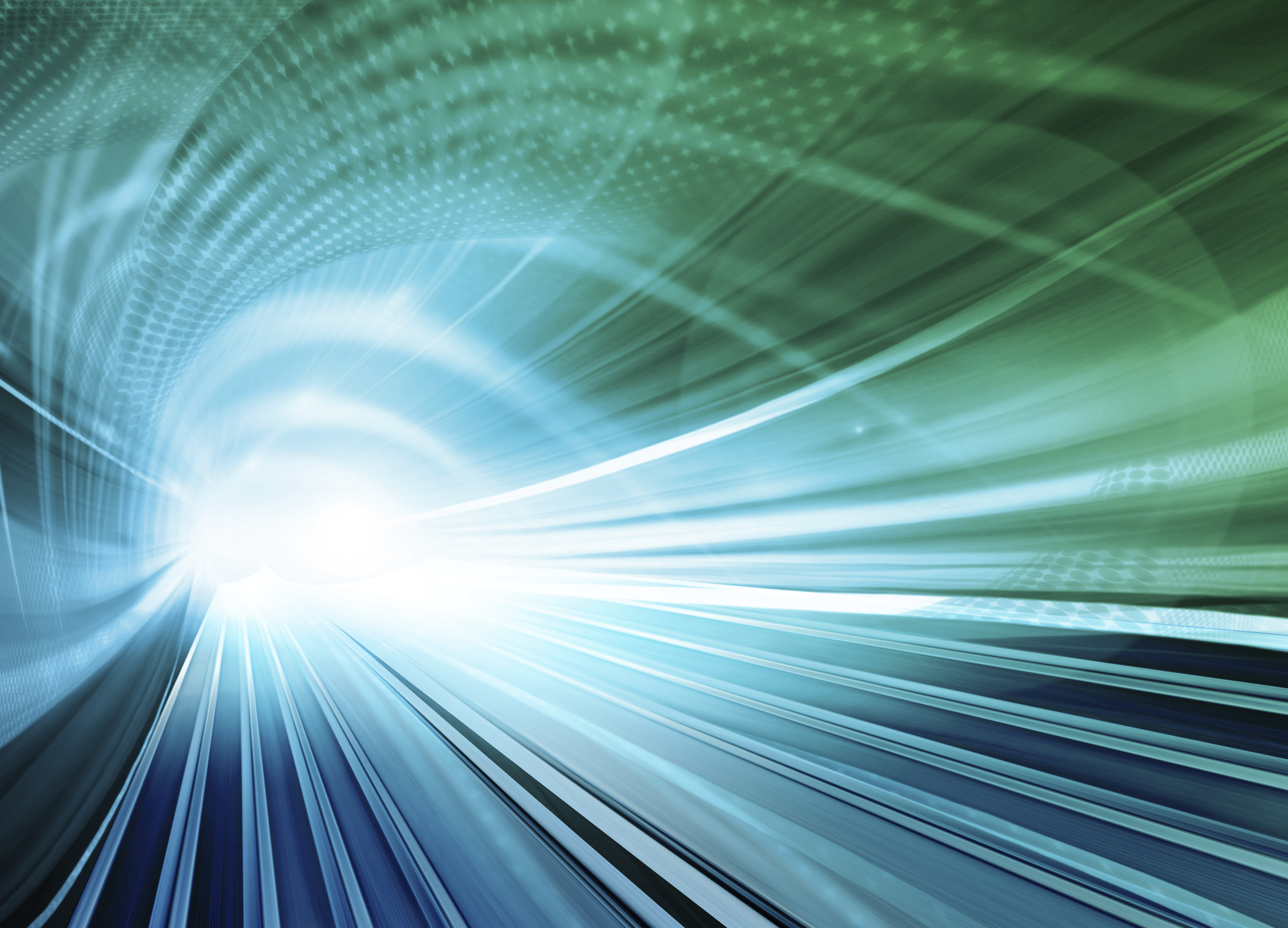 The one thing you have to say about anything developed by an engineer or scientist is that it’s never really finished.

That was the vision of the Internet. A bunch of engineers and scientists wanted to share information, ideas more easily to make better things.

In an effort to make the Internet better, DARPA (Defense Advanced Research Project Agency) recently funded a project to develop a communications solution that couldn’t be completely wiped out by anyone because it would be a network of networks with no beginning, no end.

It’s difficult to believe that a group of scientists and engineers could have conceptualized and developed the early Internet that would have no beginning, no end. It is a network of networks that exists, self-heals, works around issues and enables people to know what they are doing to constantly be in touch. It exists as a service and servant.

I followed the Global Treaty Conference on Telecommunications (GTCT) with more than passing interest last December because I knew the iNet from its early days when CERFnet (California Educational Research Foundation) was the western of three fledgling sites.

Then, Pushpendra Mohta (Push) and Manny Robles used an old beat-up VW bug to run around the San Diego area hooking locations up and talking about a huge vision.

It was going to be a thing that would never be finished and it would provide a free way of bringing engineers, scientists and others together to share ideas and build even bigger things.

Vint Cerf, one of “the fathers of the Internet” (he liked the CERF acronym), engineers in other locations, Manny and Push couldn’t have imagined in their wildest dream how the Internet could change business, commerce, government, your life and be lusted after by every government in the world.

Nearly 150 countries sent delegates to Dubai and one of the key objectives was to open the Internet to more of the 4.5 billion people around the world who remain offline.

– the security and robustness of international telecommunications networks

– control over the Internet address-assignment system

– symbolic global oversight of the network

It’s tough to believe so many aren’t connected when everyone you know has a notebook computer, iPad/tablet, iPhone/smartphone– especially when you see how much online content is being sent, consumed by people today and see what the Internet traffic will look like in just a few years.

The phone companies would have you believe that it’s all of the smartphones people are using that are putting all of the pressure on the Internet. And, while the mobile data services came out of nowhere just a few years ago, the volume of traffic is still minor – growing, but minor.

Mobile device (and service) providers are certain to tell you that the video over smartphone and tablet is what is sucking up the world’s bandwidth, but mobile data is projected to continue to be a small portion of the content distributed/used.

And you certainly can’t blame businesses for sucking up all of your bandwidth because as you can see, it’s consumers who have taken over the educational/informational exchange medium and turned it into something that can be used for really important stuff like Tweets, photos, videos, whatever. Of course, “everyone” knows it’s not the Internet or for that matter the Web.

Everyone is completely overworked at the office, making it difficult – but not impossible – to update Facebook , LinkedIn and Pinterest pages as well as pop off a few tweets every now and then.  Folks spend more than 4.7 billion minutes a day on Facebook and more than 532 statuses are updated.

How do people know that stuff?

All those clicks, updates, searches are where the Big Data comes from, which is mined by those folks and sold to other people who are interested in offering you more things.

In addition to just a place to hang out, the iNet/Web is a place to put stuff, find stuff. And we do, in ever-increasing volumes.

It’s tough to keep up on your reading when so much content/stuff is sent across the Internet and stored, somewhere. And this is only about 1/3 of the global population connected to the iNet.

According to MBAonline, enough information is consumed by Internet traffic to fill 168 million DVDs. And for those of us who remember paper, that is equivalent to over 2.4 billion four-drawer filing cabinets of material … or, in scientific terms, a crapload of stuff!

Speaking of DVDs, the biggest concern the Telcos and TCTC had was the overwhelming volume of video content we’re creating, loading, storing, viewing.

Every day, 864,000 hours (98 years of cat movies) of video are uploaded to YouTube and 22 million hours of TV shows, movies are watched on Netflix.

That’s a lot of stuff going on; and remember, we still have 4.5 billion to get connected somehow. Of course, we all know we’re not really alone out there, right? Forget the folks who are trying to rip you off, we’re really not alone on the iNet.

There are more than seven billion people in the world and more than 20 billion devices connected to the iNet. Wireless devices are used to track products, shipping routes, pets and nearly everything today. And this is just the beginning of our ability to monitor and track stuff.

Even if your house isn’t totally smart, there are a whole lot of smart and connected devices out there: mini devices are on machine controls, inventory systems, animal monitoring, you name it.

The size, shape, use of mobile communications devices continue to advance and evolve. From desktop to laptop to palmtop to using the senses to control and communicate. Constant connection just keeps getting easier and easier.  The increasing dependence on the Internet isn’t just for personal information and exchange, it’s also for business; which was one of the reasons the aborted GTCT week-long conference took place (O.K., maybe there was “a little” partying but …).All of the attendees read Cisco’s study last year:

– Annual global IP traffic will exceed two thirds of a zettabyte (667 exabytes) in four years, up from 522 exabytes last year.

– By the end of this year, the Internet will be carrying the equivalent of 10 billion DVDs each month.

– All forms of video (TV, video-on-demand, Internet, and P2P) will account for over 91 per cent of global consumer traffic this year.

– Peer-to-peer (P2P) traffic is still growing in volume, but declining as a percentage of overall IP traffic.

– This year, Internet TV will be over four per cent of consumer Internet traffic.

Internet Video – Today’s mobile devices are increasingly becoming the replacement entertainment screen for Gen C people who knew the experience of everyone huddling around the TV set to get their daily dose of news, information, fun. Today, the volume of consumer Internet video traffic continues to grow.

In addition, they studied a lot of private and publicly conducted research, including thePew Internet & American Life Project that reviewed the predictions about technology and its roles in 2020:

– The mobile device will be the primary connection tool to the internet for most people in the world in 2020.

– The transparency of people and organizations will increase, but that will not necessarily yield more personal integrity, social tolerance or forgiveness.

– Voice recognition and touch user-interfaces with the internet will be more prevalent and accepted by 2020.

– Those working to enforce intellectual property law and copyright protection will remain in a continuing arms race, with the crackers who will find ways to copy and share content without payment.

– The divisions between personal time and work time and between physical and virtual reality will be further erased for everyone who is connected, and the results will be mixed in their impact on basic social relations.

– Next-generation engineering of the network to improve the current internet architecture is more likely than an effort to rebuild the architecture from scratch.

Converging voice and data networks into a single packet-switched network has a lot of advantages, but different degrees of bandwidth and quality are required that the Cerf, Mohta and the other early Internet pioneers couldn’t possibly envision That’s why many talk about iNet II.

In theory, it would provide:

– Class and quality of service

Of course, there are “a few little problems:”

– Who’s going to pay for the massive undertaking?

– Who’s going to maintain it?

– Who’s going to manage it?

That’s a huge stumbling block for every GTCT country and a great number of privacy and open network organizations. Most are just satisfied to manage/control the network of networks; and fortunately, that’s difficult if not impossible.