The mid-life transition of Brian Bourne

Brian Bourne was facing a dilemma a few weeks ago. The high profile channel executive from CMS Consulting Inc. was about to turn 40. He and his friends planned this speculator two-week trip to Germany to race high performance cars at the famed Formula 1 track Nürburgring.

This bucket-list adventure was in the works for close to two years. But as the milestone birthday approached so did Columbia Capital, a venture capital firm based in Alexandria, Va., with the reputation of spotting major industry trends early.

Columbia Capital manages more than $2.5 billion in capital and has stakes in Cloud Sherpas, Cologix and euNetworks to name a few. The company also helped launch XM satellite radio and data centre power Equinix. And, now they were interested in Bourne’s new venture Infrastructure Guardian, a brand new company that offers cloud management-as-a-Service or CMaaS.

CMaaS is a one-stop shop for cloud solutions with Microsoft Azure, from virtual machines and storage to network configurations and disaster recovery solutions for public, private and hybrid cloud environments.

Columbia Capital sought out CMS/Infrastructure Guardian and married them with Washington, D.C.-based New Signature, a solution provider that captured Microsoft’s 2014 American Partner of the Year award. The New Signature and CMS deals were only days apart and Columbia Capital believed the two outfits had many synergies and the ability to crossover from cloud and on-premise, while being strong Microsoft channel partners.

“It’s really exciting running a company that gets calls from suitors. These guys speak my language and saw the same market opportunity as I,” Bourne said.

Everything looked great for this career altering deal for Bourne. Except there was one problem; Bourne would have to dramatically cut his two-week trip of a lifetime down. It was that or potentially impact the acquisition greatly; hence the dilemma.

Bourne told CDN that during the sometimes intense negotiations with his new partners he never wavered on cancelling the trip completely. But he did compromise and reduced his two-week excursion to one.

While at Nürburgring Bourne and his friends piloted cars traveling speeds of upwards of 250 kilometres an hour down the famed track nicknamed “The Green Hell” by three-time Formula 1 driving champion Jackie Stewart.

Bourne managed to get the best of both experiences and he told CDN he’s very happy how everything turned out.

“I got that off my bucket list,” he said. 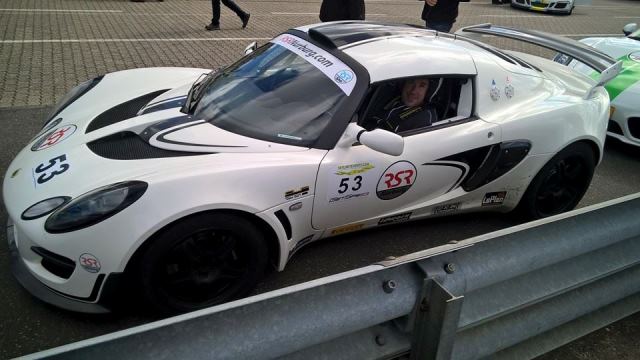 Brian Bourne inside a Porsche SuperCup racer at Nürburgring

Bourne is no stranger to taking risks. As an active industry insider for many years, Bourne founded CMS and the company became one of Microsoft Canada’s go-to solution provider partners. Back in 2007 as technology shows started floundering or completely shutting down, Bourne took an even bigger risk by launching the SecTor conference focused on ethical hacking and security. Today, SecTor is the largest security education conference in Canada and it is held annually in Toronto.

As Bourne describes it Columbia Capital was seeing the same thing he saw. The Microsoft ecosystem is going through big transformational changes. There will be transactional partners who will take orders and try to upsell you a mouse pad. On the other side of that are the niche players such as CMS. Bourne added that there will be a combination of the two sides as well, but there is a move in the market to an as-a-service model.

While CMS has been successful winning several CDN Channel Elite Awards and Microsoft Impact Awards one list it has not yet attained is the CDN Top 100 Solution Providers Rankings. The New Signature deal along with Columbia Capital’s help may change that.

“Nothing has changed in four days, but certainly over the next 12 months we’ll grow. Venture capitalists do not get involved to grow slowly and the Columbia Capital model is to build up channel partners such as Presidio Networks,” he said.

As New Signature Canada, Bourne is now able to grow the business at a different rate. He can also fund growth opportunities both organically and inorganic.

“The good news is they have a real CFO so I don’t have to pretend to be one,” Bourne said.

“I can now focus on building a business instead of running a business. On a personal level that is what’s really satisfying about all of this.”