The technology transition for NASA

NEW YORK – NASA plans to deploy a second generation HP ZBook 15 mobile workstation to the International Space Station. The ZBook line was introduced today at a special launch event in New York and the main reason why NASA wants to use a high-end business class machine instead of a purpose-build space-rated device comes down to one reason: cost.

Stephen Hunter is the International Space Station resources manager for NASA and he told CDN that NASA has the same sorts of cost pressures as do other organizations. For example, every time NASA sends something up to the International Space Station it costs them $10,000 per pound. Hunter has been tasked by NASA to drive cost down and he has in-turn challenged technology vendors such as HP to improve performance and reliability.

Currently the International Space Station operates more than 100 commercial workstations and laptops for scientific tasks, engineering, testing, operations and even for entertainment purposes. Hunter has decided to standardize on commercial off the shelf solutions over space-rated devices mainly because of the expenses involved. 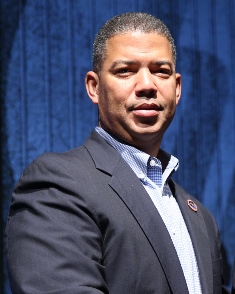 “Technology now has come down in price and the product has become better and more reliable. We are not a volume user, but we do make an impact,” Hunter said.

The HP ZBook 15 will be making its way to the International Space Station sometime by the end of this year or early next year. One of the reasons for the ZBook to be in space is that it can process high levels of video. Older workstations are not capable of rendering the video fast enough, said Hunter. The space station currently uses an HP Z Series 8570 workstation. Current the laptops on the International Space Station run Windows and Linux in a 70 to 30 split, but Hunter added that Linux is increasing in usage.

Hunter challenged HP to produce a commercial grade system for the space station.

“I did not want a one-off machine. I wanted one that could rise to the challenge and make it easier to use in the lab or for other sciences. So I asked HP to make their mobile workstations better because I can’t send a technician 240 nautical miles to the space station. It would cost too much,” Hunter said.

One example of how HP augmented its Z Series for NASA is by making it more power efficient. Hunter said there are no wall outlets in space and the power budget has to be managed properly. HP made units for 150-watts, but NASA required 90-watts. So it came with a 90-watt plus 10-watt smart adapter for more of a measured power supply.

Without that NASA would have to build a custom power supply that Hunter estimated would cost $10 million to build and require International space agency partner approval.

Hunter went on to say that commercial off the shelf products have come down in price and are now able to handle the quick refresh rate for NASA. The reliability has also increased and the it now matches the lifecycle requirements of the International Space Station.

“It will cost me a whole lot more to build it than to buy it. Even at $800 per tablet I can have that in operation for three years. So there is no point in building it because it will cost me more in parts, plus I would need to certify it with space agency partners,” Hunter said.

The new ZBooks will be used for every possible scenario on the International Space Station from video conferencing and other automation aspects. The unit will be used as an IP phone for the astronauts to call home for personal family time.

HP Inc.’s ZBook mobile workstation line up include the ZBook 15

Working in space is a foreign environment and not what you see on Earth, Hunter described. The effects of radiation, for example, has a harsh impact on the components on the International Space Station. Other factors are flammable or toxic matter in cables.

One of Hunter’s new challenges is NASA’s goal to have an astronaut spend more than a year at the International Space Station. Currently the average time is between three-to-six months.

“We are preparing for a one-year mission and the effects of long term space produce issues such as a person’s retina begins to detach. The crew becomes an experiment on its own. Speciality laptops (such as the ZBook workstations) will be loaded with only the necessary software to support the following apps and functions like OCT, Fundoscope and Vision Acuity Pro,” Hunter said.

OCT stands for optical coherence tomography and is a non-invasive imaging test that checks the health of a person’s retina.

A Fundoscope enables an astronaut to see inside the fundus of the eye, while the Vision Acuity Pro is basically the eye chart test.

Microsoft HoloLens and the walk on Mars

One of the newer projects on the International Space Station is a demonstration of the Microsoft HoloLens technology. Astronauts on the station will be the HoloLens’ first enterprise users, Hunter said.

One thing he hopes from the HoloLens test is that astronauts no longer have to look over their shoulder for things. Hunter envisions the HoloLens providing astronauts an augmented view to reduce training costs. Its also part of NASA’s digital environment goals. For example, the HoloLens could provide a 3D walk on Mars because currently there is only raw images in greyscale. “Its in 2D and not immersive,” he added.

Security on the International Space Station

There are no viruses in space. That’s because on the ground all the hardware is scanned and set up with a wiped hard drive. The astronauts install the software off of DVD media or through onboard uplinks done remotely from the ground.

This is all part of NASA’s security policy. There are also multiple firewalls both on the ground and at the International Space Station. All new technology follows a rigorous security process. The only issue Hunter ever encountered with a virus was in 2008 when an individual purchased his or her way onto the International Space Station. Hunter said this was not a space agency person.

The ZBook Line Up

The ZBook 15 is part of a series of mobile workstations from HP that also include the first of kind Intel quad core workstation ultrabook named the ZBook Studio. The units comprise Xeon CPUs with ECC memory, Thunderbolt 3, Gen 2 Z Turbo Drives, HP Sure Start client security, and an eight million colour-critical pixel DreamColor 4k display at roughly 4.4 lbs. Its also 18mm thin and for graphic intensive applications there is Nvidia Quadro M1000M 2 GB GDDR5 Professional graphics or there is an option for an Intel HD graphics 530 card.

The ZBook Studio and ZBook 15 are not the only product in the series. HP Inc. also introduced the ZBook 15u and 17 models all featuring the Nvidia Quadro card along with a choice of Intel Iris Pro Graphics P580, HD graphics P530 or HD graphics 530 cards. They also come pre-loaded with HP Remote Graphics Software or RGS.