Tech is supposedly a boys thing, but someone forgot to tell that to Rajvi Chavada and Saman Khan.

The girls, both 17 and in grade 12, already have university programs picked out and know almost exactly what they want to do in ten years time. 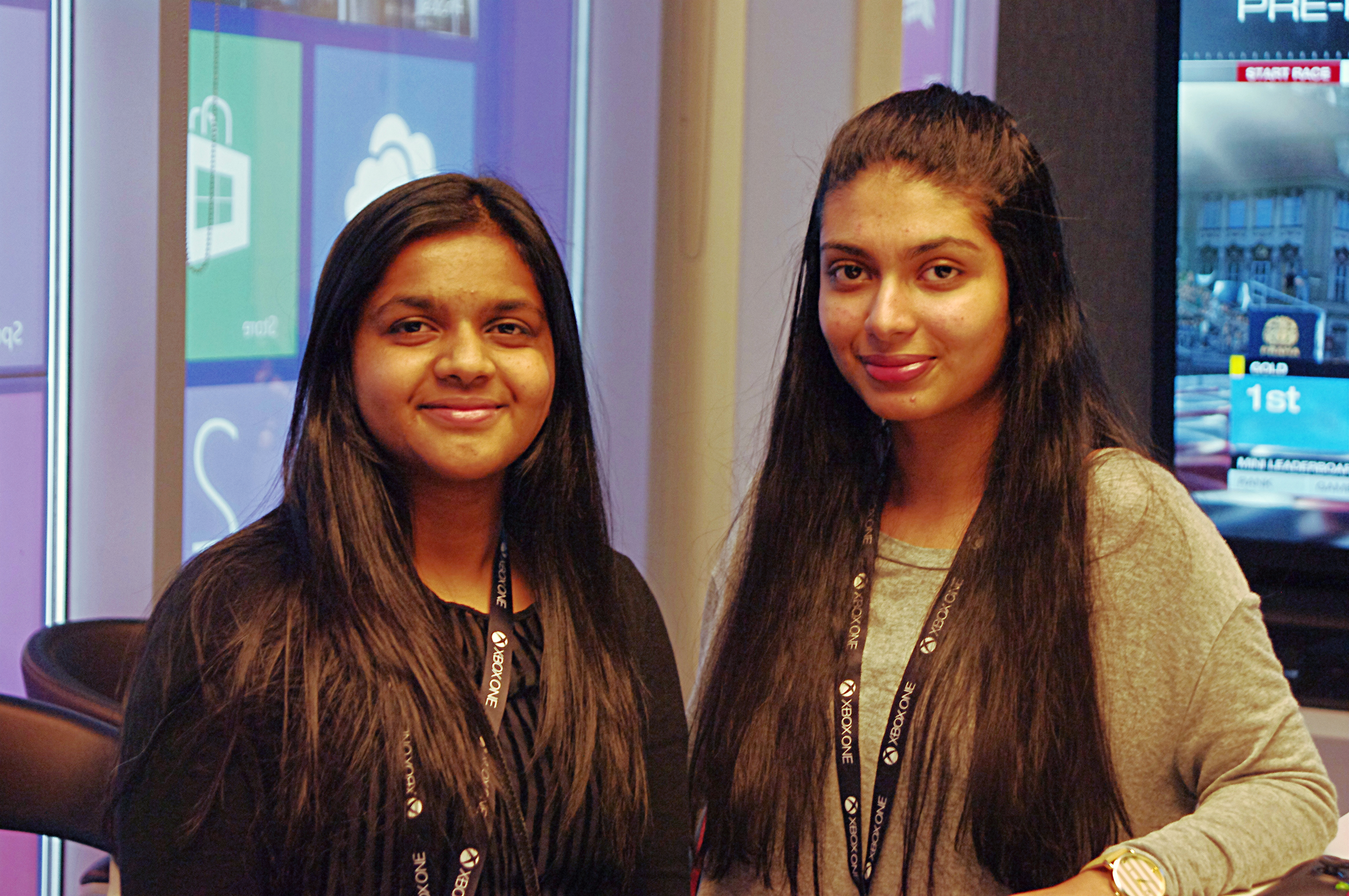 “We’d like to apply our knowledge in a global scale,” said Khan. She said that she planned on using IT to do some “mundane” things, such as create solutions for businesses and change peoples’ lives.

Chavada, on the other hand, said she may want to work at Microsoft.

It was fitting; the girls were attending the computer giant’s annual DigiGirlz event, part of the company’s YouthSpark program, held at its head office in Mississauga, Ont.

First introduced in 2001 and brought to Canada five years ago, the event tries to attract girls in the region – in this case the Greater Toronto Area – to a career in technology whether they have had programming exposure or not.

According to Sumi Shan, PR manager at Microsoft Canada, the uptake has grown over the years.  The event today drew about 100 middle and high school girls to the company’s Meadowvale Blvd headquarters, while those held in Winnipeg and Vancouver are also growing. 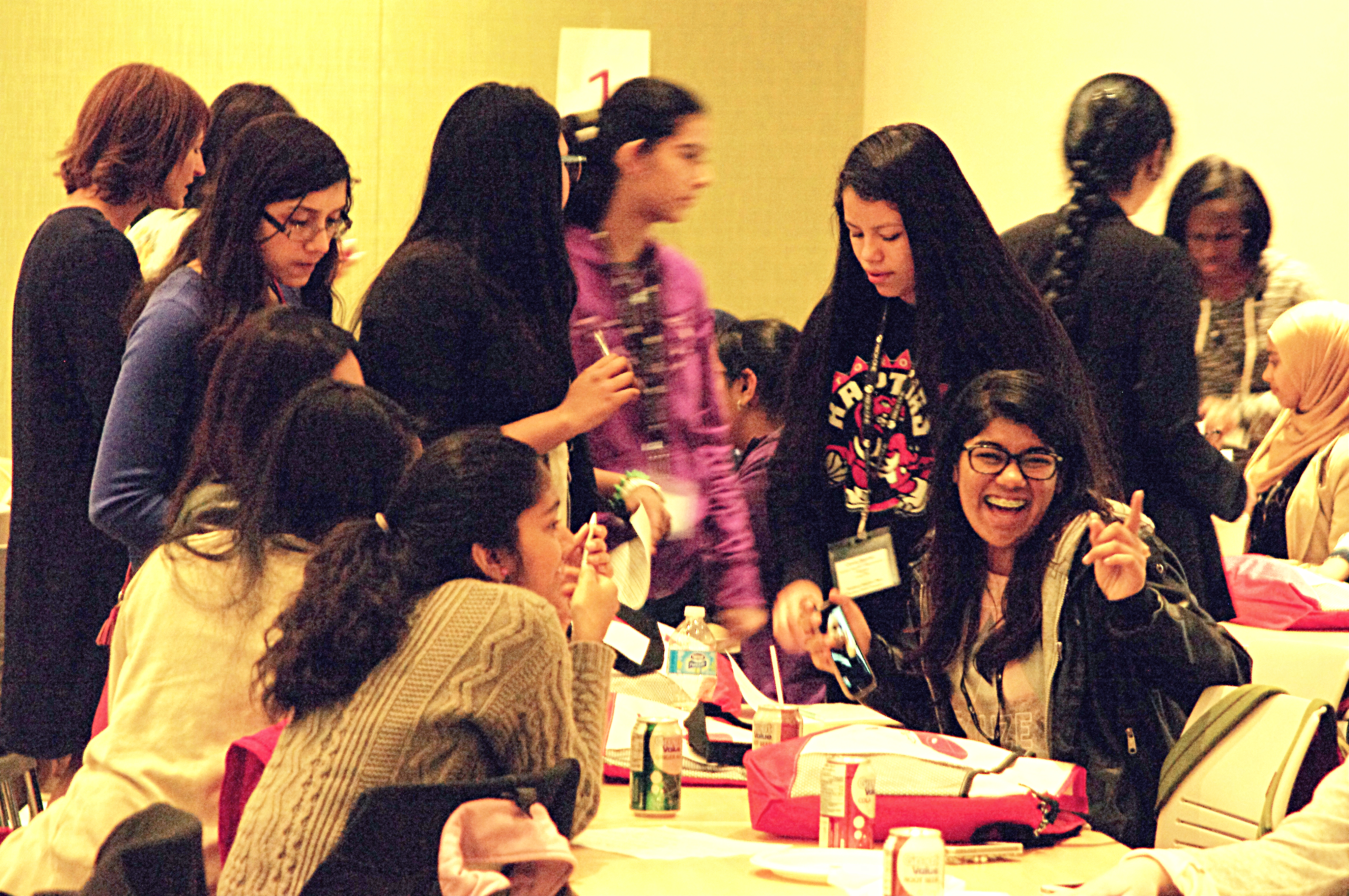 For Chavada, one highlight was developing an app from scratch on Microsoft’s Surface Pro 3.  The girls also got to meet a producer on a recent big-budget Ubisoft game, Assassin’s Creed Unity, speak with marketers and developers behind Bing and try TouchDevelop, a beginner-friendly browser-based coding language developed at Microsoft Research that streamlines programming syntax.

“You really get a feel for it, developing technology that could possibly impact people,” said Chavada, who won a prize in a game making contest.

While the girls had grown up with technology – Khan admits to having played Barbie games on her computer, they had their first exposure to the backend when, in grade 9, they were offered Business and Technology as a class alongside Hospitality and Art.

Since then, the two friends went further, taking Computer Science in grade 10, Java in grade 11, and so on.  The fact that they were at times the only girls in the class has actually helped in many ways. 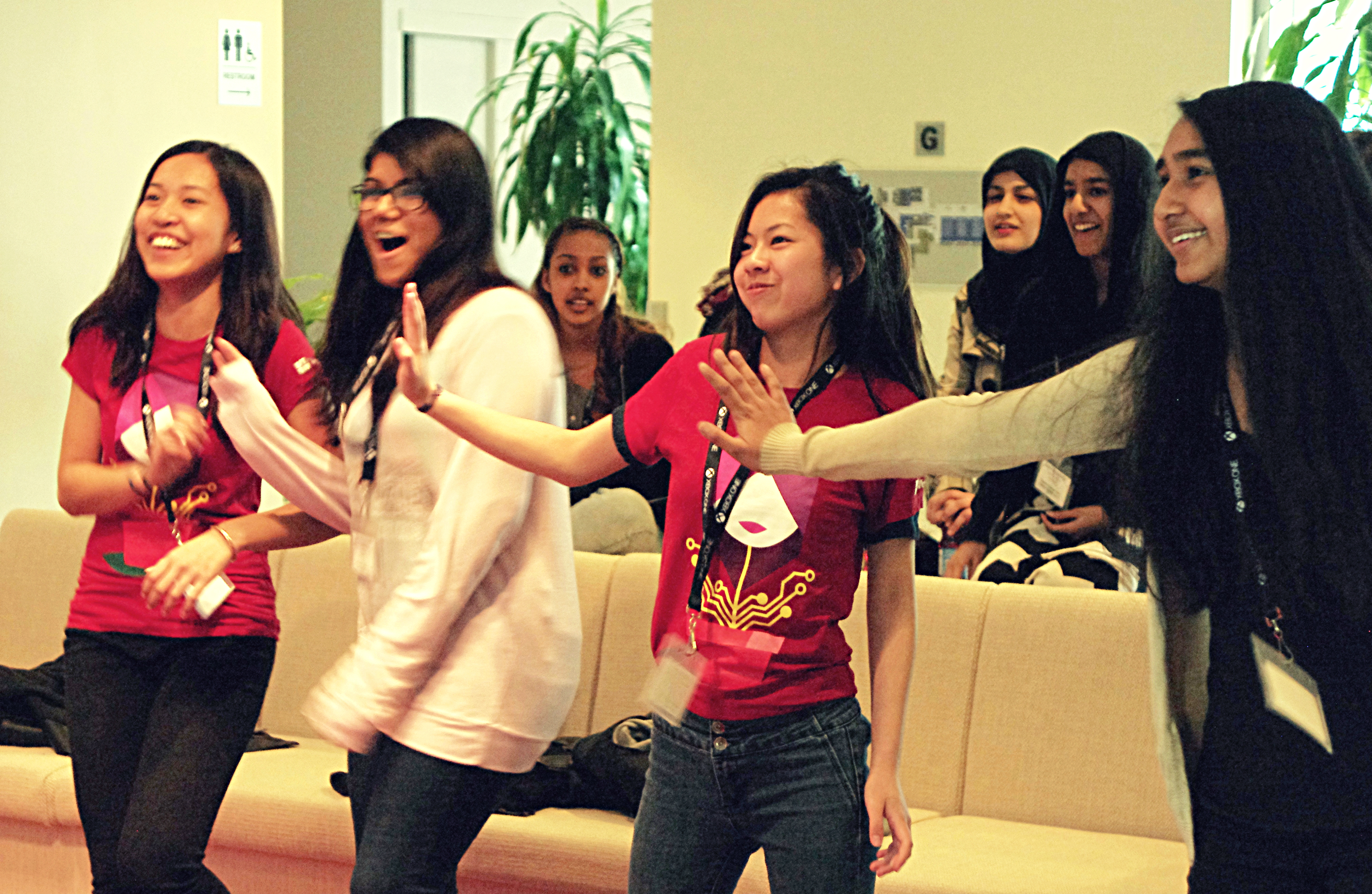 Girls aged 14 to 18 participated in the event and had hands-on activities including coding and playing with the Xbox Kinect.

“We do get attention from our teachers,” said Khan. “That’s the reality.  I feel like we don’t have much competition; the guys do their own thing and us girls we have more help from the teachers. We’re recognized more.”

She admitted that the drawback, especially when the two have occasionally been separated into different semesters of the same course, is that it can be isolating.

But you learn to develop relationships with the boys, according to Chavada.  She added that having amazing teachers is what kept both of them going.

As for the gender gap later down the line, the girls are optimistic.  Both have applied to a number of universities and are now waiting to hear back.

Their top choice – they traded shy glances and laughed – is Software Engineering at the University of Waterloo.

“Gender doesn’t play a role in the interests that we have,” said Chavada.

“I hope it’s not a super hindering challenge,” Khan added.  “I hope it encourages us knowing that we’re some of the only girls in the field.”