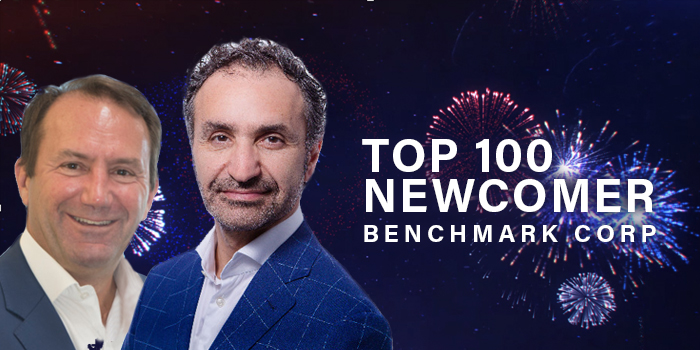 When we spoke with Luc Villeneuve back in December 2018, he was adamant that the reseller community needed to reestablish itself and really put meaning into their value-added services. After a successful campaign as the Canadian country manager for Red Hat, he saw an opportunity to apply that thinking at Benchmark Corp.

“If everything was rosy and perfect, and [Benchmark] was generating all sorts of revenue, I probably wouldn’t go,” Villeneuve told CDN after he announced his new role at the company. “But I see where we can take it.”

Fast forward to today, the business is humming and ranks No. 29 on the CDN Top 100 Solution Provider list, and the vision Villeneuve and Benchmark owner Kam Sabouri established more than a year ago is slowly coming alive.

“The first step we took when Kam and I sat down was talk about the vision. We spent some time looking at the voice of the customer, what was needed in the marketplace, what was missing and identified niche areas where we could make a good business and help our customers to deliver a solution in the marketplace. Then we started to hire some very senior people that had relationships with accounts and when you have a good relationship with accounts, the speed to market is accelerated from our point of view,” Villeneuve explained. “But to fully execute on our vision, we needed some talent, very technical talent to be able to execute on our dev sec ops automation container play. And that was a really big differentiator last year.”

Villeneuve’s deep ties with the open source community helped Benchmark rapidly scale a team of engineers that could navigate the growing software space, added Sabouri, who estimates the company is about 50 per cent away from achieving all of its goals.

“The reason I bought the company back in 2018 was because I wanted to elevate the company from being a boutique lifestyle VAR in the GTA to a national player in our industry that offers the same white-glove service we were offering to a handful of customers and taking it across the nation,” he said, adding they’ve significantly expanded their partner base since 2018. “You can’t achieve any of this though, without having the right leadership in place, which is why I reached out to my long-time friend Luc. Bringing him on board really elevated us to a new level. People are looking at us differently.”

Placing bets on open source isn’t much of risk if you know what you’re doing. Open source software is used all over the world, by small and large companies, organizations, and governments alike. The Government of Canada, for example, isn’t shy about talking about how it uses open source technologies to improve its services. All of the software code the government develops is published as open source code on its GitHub profile. Also, 95 per cent of the 950 IT leaders interviewed worldwide for Red Hat’s 2020 State of Enterprise Open Source Report said that enterprise open source was, at least, important. Roughly 75 per cent said it was very or extremely important.