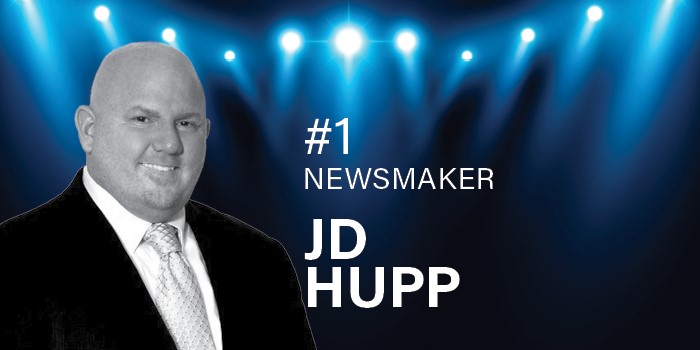 Ranked around 27th by Hupp’s memory, he says it was in CDW’s DNA to strive to do better every day. Over the years, it’s done that and has now enjoyed the top ranking on CDN’s list for the past several years. With about $1 billion in gross revenue this year, according to Hupp, it’s likely a favourite to repeat top standing in 2019.

“Every day we pull a rabbit out of a hat and solve a problem, or we’re figuring out how to do better,” he says. “That’s the highlight for me.”

A 15-year anniversary party saw CDW Canada’s employees enjoy a catered lunch, complete with cake and cookies, and receive commemorative sweaters or pullovers. Wearing that brand is something workers – or coworkers as CDW always refers to them – can take pride in. The past year saw CDW Canada win multiple awards from vendor Dell EMC, a major partner. It also forged a closer relationship with a Silicon Valley giant not known for working with channel partners, and recently completed a major acquisition in Scalar Decisions on Feb. 1.

“In 2015 we started on this mission of solving more complex customer challenges and providing services and solutions,” Hupp explains. Scalar “was a great fit for what we were doing in Canada.”

While building an acceleration engine for its cloud services, CDW Canada didn’t ease up on the gas for its more traditional businesses either. Dell EMC proved that by giving it three different partner awards, announced Oct. 29, 2018. Those include:

“We’ve had a lot of success with Dell EMC,” Hupp says. “You put smart people together and they find solutions.”

“We broke the teams down into separate strategies. Some of the success was in verticals, whether it was in healthcare or higher education,” Hupp says. “We had this grand plan and we divided it into bite-size chunks.”

In the summer, CDW Canada announced an important program with another vendor, this one more of a stranger to the channel. Its Apple at Work offering launched Aug. 28, 2018. It helps CDW clients offer employees more selection in devices, by helping set up iPhones, iPad, and Mac systems using management tools that streamline deployment.

“Employees want choice,” Hupp says. “We thought it was a great strategy to deploy, support, and finance the product.”

It’s all part of the effort to retaint that top spot on CDN’s Top 100 list. We’ll be looking for the CDW Canada employees at the event this Spring. With their new 15-th anniversary sweaters, they should be easy to spot.

Google to buy Mandiant for US$5.4 billion