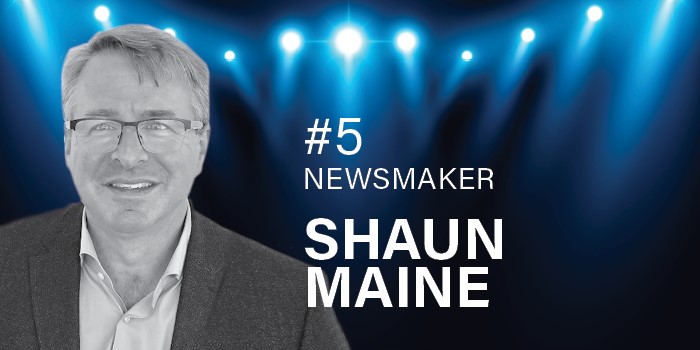 The numbers suggest acquisitions are more likely than not to be expensive mistakes, but in the past two years, Toronto’s Converge Technology Systems has played the acquisition game across North America with such surgical precision that it’s suddenly become IBM’s third largest partner. By 2020, the acquisition firm might be Big Blue’s number one. The immediate focus, according to Shaun Maine, CEO of Converge, is to establish themselves in at least 30 large cities in the U.S. and post revenues between $1 and $1.5 billion by next year.

Converge has bought eight resellers in strategic areas across the U.S. and Canada, with more planned for the future. Acquired businesses have been able to maintain existing management, the only change being the addition of new software and hybrid IT capabilities to their services portfolio. Maine suggests hybrid IT is the future for now and possibly the long-term when it comes to digital transformation, and the numbers once again concur. It also just makes sense; businesses have accumulated hardware and software from all over the known universe, the last thing they want to do now is unearth them and weave it all together. But the pace of business and customer buying habits have demanded it. Big vendors are responding by rolling out new software faster than ever, but selling, integration, and ongoing services for customers across a continent – that’s the channel’s job.

But many, including Maine, would describe the channel partner community as fragmented, and what’s available on one side of the country might not be on the other. Converge’s current mindset is refreshingly straightforward.

“What if we were to buy regionally focused players, who don’t have the size and scale but are winning on the technology and service levels of their business? We then turn a traditional VAR into a more hybrid IT provider,” explains Maine.

Many of these resellers are one trick ponies, he adds, and while customers have responded with loyalty, resellers are only tapping into one per cent of those customers’ IT needs. That’s why the cross-pollination of on-premises and cloud capabilities across Converge’s growing roster of partners is so important, he explains. Maine says they’re ensuring newly acquired partners become well-versed on new capabilities within 100 days.

And with Maine’s heightened focus on hybrid and multi-cloud moving forward, IBM’s Red Hat acquisition was a clear indication that he was on the right path. Last month, IBM even brought Converge execs on stage during a fireside chat with reporters at IBM PartnerWorld and Think, announcing its intentions to lean on Converge to try and align its own partners on the hybrid model. It’s also worth noting that Maine is very familiar to M&A activity. He was the chief operating officer of Pivot Technology Solutions, a $1.5 billion revenue VAR from the US listed on the Toronto Stock Exchange, and part of the founding group that acquired and integrated five VARs into the company.

“Things have been so much easier the second time around,” he said.