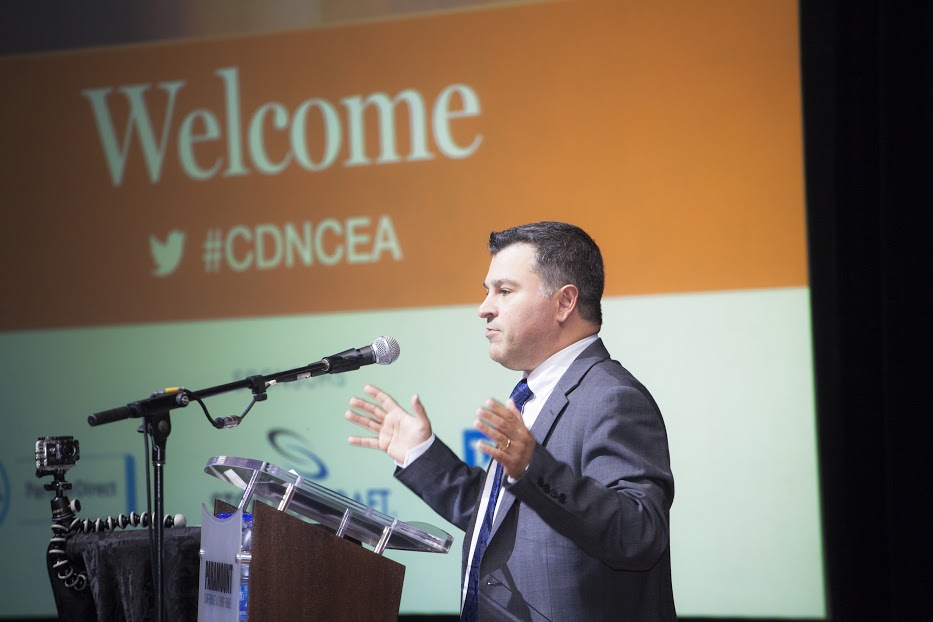 Last night we had a full house at the Channel Elite Awards where the top channel partners in Canada got awarded and recognized. The event began with a workshop by Jim Love, CIO of IT World Canada. He highlighted statistics about CIO’s and what their opinions are about present and future of technology.

After that the attendees began networking with the sponsors of the event and other finalists. The awards ceremony buzzed with excitement as the winners were announced. MediaValet, a Vancouver based company won the solution provider of the year award.
While attendees were cheering the winners at the event, there was a lot of chatter going on Twitter. Here are some of the top tweets from the event.

So proud to be announced as the Solution Provider of the Year at the CDN Channel Elite Awards! #CDNCEA https://t.co/msk6pjELEU

Next we have @ITnorthca for winning the best #cloud computing solution award. #CDNCEA

@8_IT #CDNCEA WAY TO GO INFINITE IT!!! Winner of the Best Small Business Solution in Canada!!! pic.twitter.com/deqGf7DqGd

IT budgets in Canada are increasing but its less than the increase in 2015 says CIO Jim Love @CIOJimLove at Channel Elite Awards. #CDNCEA

Big night tonight in the IT channel community in Canada as we are about to kick off the 2016 CDN Channel Elite Awards. #CDNCEA

Wolston Lobohttp://www.itbusiness.ca
Wolston is a social media and SEO enthusiast. He has previously worked with brands like Gillette and Channel V. He is passionate about gadgets and loves the internet served with a hot cup of coffee.
Previous articleMediaValet Wins Solution Provider of the Year at 14th Annual Channel Elite Awards
Next articleLogitech releases new Pro Stream Webcam for streamers

Introducing the first ever CDN Disruptor of the Year

Interesting Tweets from the new president of Cisco Canada

Top tweets from CDN 2016 Women of the IT Channel event