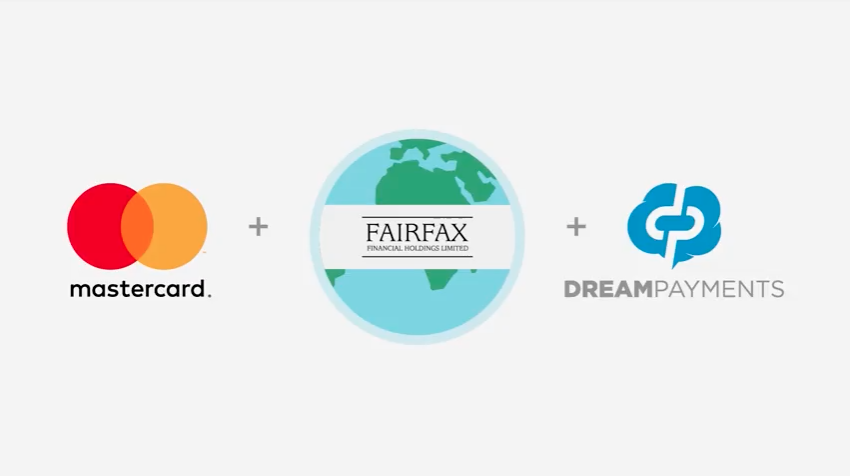 BARCELONA – A Toronto-based FinTech startup has its eyes set on the $30 billion of insurance payouts made in Canada every year, with a cloud-based self-service hub backed by a partnership with Mastercard.

Dream Payments announced its partnership with the global payments network Feb. 27, saying that it would use the Mastercard Send service to push out payments from its Dream Payments Hub. The hub even has its first public customer in Northbridge Financial, a subsidiary of Fairfax Financial Holdings. That puts Dream Payments in a position to expand its hub in Canada and eventually in other markets too.

The opportunity lies in bringing a digital solution to a process that still relies on writing and mailing out cheques, explains Christian Ali, chief marketing officer at Dream Payments. It also does insurance companies the favor of providing another way to collect premiums payments from customers.

“Nobody else is doing this right now, it’s part of a vision to transform the industry,” he says, speaking with IT World Canada in Mastercard’s booth at Mobile World Congress. “We have all these different ways to get friction out of the cash flow.”

“The Fort McMurray disaster – the largest insured loss in Canada’s history – was also a test for Canada’s property and casualty (P&C) insurance industry. Insurers are second responders. They arrive immediately after a disaster with cheques in hand to help their policyholders get through those first tough days.”

But with cheques sometimes taking up to 10 business days to clear after being deposited to a bank, they’re not often ideal in an emergency situation. Instead, the Dream Payments Hub could push out money directly through Mastercard’s network to immediately be available via bank debit cards, or with a pre-paid credit card, or soon enough in the form of cash dispensed by an ATM when a smartphone app is used to authenticate a person’s identity.

“We’ve always had a great relationship with Mastercard,” says Anand Tailor, chief operations officer and head of product at Dream Payments. “We realized there were a couple of angles they could be helpful with in this space.”

Dream Payments also offers its payments cloud to retail merchants, who can, in turn, accept debit and credit card payments with lightweight POS hardware that pairs with a mobile device. It distributes its mobile POS through a national dealer program that it launched August 2017. Its payments cloud is the same backend that’s being used to service the insurance industry here, but with a couple of UX twists. Each client can brand the white-label solution as they wish.

For Mastercard, Dream Payments adds to the list of partners tapping its Mastercard Send service.

“It’s part of a much bigger structural trend we’re seeing in payments,” says Jorn Lambert, group executive of digital channels in emerging payments at Mastercard. “The need to disburse payments to multiple clients is coming up in multiple geographies.”

Take for example ridesharing behemoth Uber, another Mastercard partner, which needs to send frequent payments to its network of freelancing drivers. Or the American Red Cross, which used the same Mastercard service to push out relief payments following Hurricane Harvey.

Dream Payments is looking to expand its business in 2018 and its insurance cloud could help it make some headway, Ali says. It launched its services to the U.S. market last October and currently sees a small percentage of its business beyond Canadian borders. With Dream Payments Hub, it could appeal to insurance providers south of the border, and later also potentially design new endpoints more appropriate to other verticals.

The pitch for the Dream Payments Hub is made in this Youtube video:

Mastercard funds training programs for women and POC at the Rogers Cybersecure...