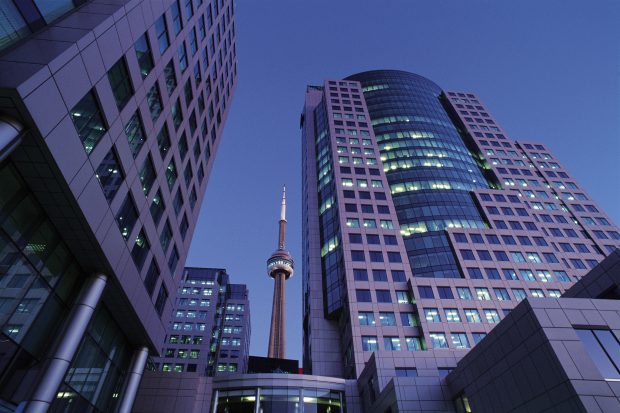 Toronto has been recognized as “future ready,” placing 11th on a list of the world’s 50 most tech-friendly cities in a global study conducted by Dell Inc., the Round Rock, Texas-based computer giant announced today.

The only Canadian city to make the cut, Ontario’s capital was lauded for its competitive tax rates, multicultural population, and innovation-friendly atmosphere, among other reasons.

Conducted in collaboration with Douglas County, Colorado-based research firmIHS Inc., the “Dell Future-Ready Economies Model” study evaluated high-growth metropolitan areas across the world for their ability to apply technology to three pillars of economic growth – human capital, commerce, and infrastructure – with Dell noting that the cities best equipped to serve the public sector, technology firms, start-up community, and higher education while adapting to technological change will be in the best position to achieve high levels of growth in the near future.

The company’s latest survey represents Dell’s second application of its Future-Ready Economies model, which it first unveiled during the 2015 Strategic Innovation Summit hosted by Harvard University last September, and used as the basis of a report, also prepared with IHS, that identified the top 25 future-ready economies in the U.S. and was released last October.

While the lists don’t overlap perfectly, 25 American cities appear on Dell’s global list, including six in the top 10:

In preparing both reports, IHS and Dell evaluated each city based on three dimensions:

For the complete list of what Dell and IHS consider the world’s top 50 future-ready cities, click here.

As for why Toronto placed number 11, Dell released an infographic, which you can check out below (click on the image for a larger version).

Eric Emin Wood
Former IT World Canada associate editor turned consultant with public relations firm Porter Novelli. When not writing for the tech industry enjoys photography, movies, travelling, the Oxford comma, and will talk your ear off about animation if you give him an opening.
Previous article
Virtual and augmented reality market projections show even enterprise-consumer split [infographic]
Next article
Lenovo’s PC sales rose in double digits in North America amidst global decline