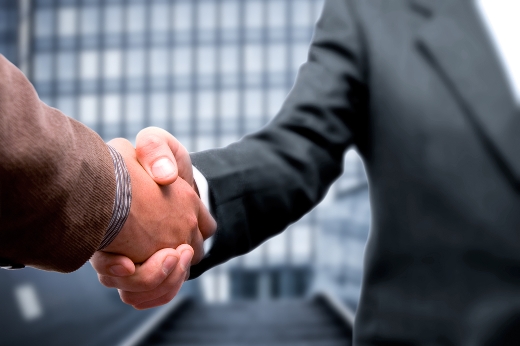 One of SAP Canada’s top channel partners Contax, Inc. of Toronto has acquired a California-based SAP partner Aptelis, Inc.
Based in Irvine, Calif., Aptelis is a business technology consultancy with expertise in SAP software and services that has been providing ERP solutions mostly on the west coast of North America.
Adding Aptelis to Contax gives the company an immediate impact on its ability to strengthen its market position specifically in the U.S. and on the west coast, said Michael Pearson, president and CEO of Contax.
Pearson added that Aptelis has an impressive reputation for quality and built a very successful SAP services practice based on strong customer relationships.
“We want to be number one in the SAP solutions space, and the addition of Aptelis brings us closer to that goal.”
Contax already has a U.S. presence in Chicago and sports a lists of clients based not just in Canada and the U.S. but also Australia and the Netherlands. Contax has this reach because of its eight service delivery centres that provide cloud and on-premise software solutions for ERP, CRM, human capital management and business intelligence.
From the Aptelis side, Paul Tran, the company president and CEO, said both cultures are client-centric and quality focused and so by joining Contax the combined company will employ more than 130 full-time people and will enable the new company to provide a wider array of services as well as bringing new technological innovations to market.
“Our goal to be number one SAP services provider in the West Coast is now attainable with the merging with Contax,” Tran said.
Aptelis is privately held and has been in business for more than 15 years and holds accreditation from SAP Partner Quality (formerly Active Quality Management) organization. Contax also holds the same accreditation.

While the Contac acquisition is the latest channel acquisition in Canada; it certainly was not the only one. In fact, 2015 has been an unprecedented year for mergers and acquisitions for solution providers headlined by the mega Computer/Metafore deal. Below is a recap of most of the deals.

As spring turned into summer Toronto-based Scalar Decisions Inc. and Calgary’s Mainland Information Systems Ltd., confirmed a merger agreement. This deal could possibly place the new company near the Top 5 of the CDN solution provider rankings.

In June Winnipeg-based solution provider Powerland took a major step to achieving its goal of expanding its service coverage across the Prairie Provinces with the acquisition of FACT Computers in Saskatchewan.

IT Weapons Inc. announced its acquisition of fellow solution provider Collins IT.The two companies, both based in Brampton, Ont.

CompuCom sold off its software licensing business to SoftwareOne.

And, it all got started in February when CDN Top 100 Solution Provider Quartet Service Inc. of Toronto acquired En Vogue Computers also of Toronto.