If you’re a channel partner and you don’t know Kate Bergsma; then you should connect with her immediately on LinkedIn. Why? Because Bergsma can make you money while you sleep.

The partner channel marketing manager for Microsoft Canada is a big believer in digital marketing as a tool that enables companies, especially smaller companies, to showcase their abilities in an automated way. “People are buying online; they are doing research online and through social media and you need to be out there all the time so figuratively while you sleep. Then for higher value interactions you come in with that human connection,” she said.

The 20-year veteran handles Microsoft’s channel partner marketing for the small and mid-size business sector in Canada. She started her career at Microsoft Canada as an intern, left to begin her own brand marketing company and in 2012 return to Microsoft Canada.

For International Women’s Day, Bergsma thinks the special day is meaningful because it recognizes women as a group in a positive way. “All women kind of stop that day and think how people are different and what they can bring to the table from a work perspective.”

The fact Microsoft Canada is led by Janet Kennedy makes a difference to Bergsma in that it impacts co-workers in her circle at the subsidiary. 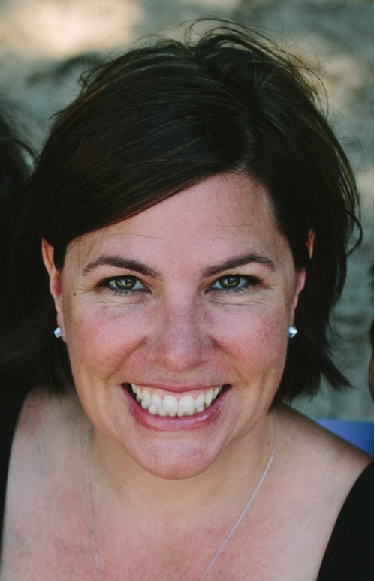 “I was brought up in a family where women are equal and can lead. It never occurred to me that there was a barrier or glass ceiling growing up. As I got older, I started to think it wasn’t as straight-forward as I thought. There are nuances and stereotypes but from my perspective I always thought I could do whatever I wanted and that a woman could be Prime Minister. In fact, Kim Campbell was the Prime Minister when I was in school. My mom was a leader in politics and my father was the president of a company. My family set me up to believe whatever I wanted was possible. It shaped my personality and (Kennedy) just reinforces it around me,” she said.

Bergsma has won several marketing awards and is considered a Microsoft “Bleeding Edge Marketer” for her expertise in digital marketing, marketing automation and revenue marketing. She won a Canadian Marketing Association Gold award for her B2B Developer campaign.

In her career, Bergsma has won several awards including the Canadian Marketing Association Gold and is considered in the channel as a “Bleeding Edge Marketer.”

What exactly is a Bleeding Edge Marketer?

“Being bleeding edge is a badge I wear and it means you’re an expert in revenue marketing, digital marketing and automated marketing. These are new ways of going to market. The days of partners taking a client out golfing are gone. There are so many new customers and the volume you need in your funnel to make money means you need to do more than golf for day. You need other tools to bring up the volume you are looking for,” she said.

The channel community has played an important part in Bergsma career. “I love the fact that I’m part of something bigger than me. And, Microsoft is a big, exciting company because of the partner channel. Every dollar Microsoft makes; partners can make X amount more. It’s a beautiful model, but one that requires some evolution and innovation along the way,” she said.

Microsoft’s worldwide channel chief is Gavriella Schuster and Bergsma one day aspires to be a channel chief. “Honestly, I would love to do that job. I think it would be an honour for me to see the channel from left and from the right. To have influence on all those who work in the channel would be great,” she said.