Designed for use in difficult environments where durability is a must, such as by emergency service professionals and utility workers. The Toughbook 31 features up to 18 hours of standard battery life, which can increase to 27 hours with an optional second battery. Improved connectivity and performance is achieved through use of the latest technology innovations, and the fully-sealed design meets the MIL-STD-810G and IP65 specifications, including a six-foot drop rating. 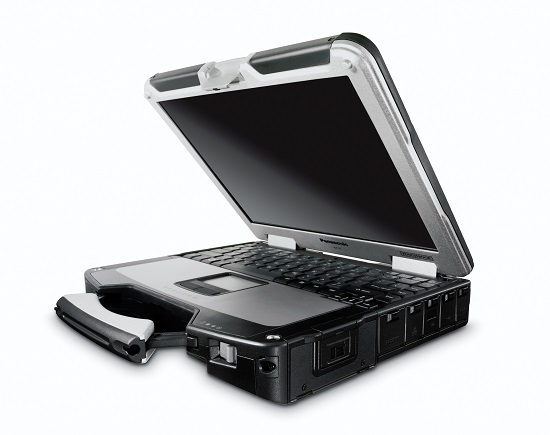 Other new improvements to the Toughbook 31 include Windows 8.1 Pro Update 64-bit or Windows 7 Professional (through downgrade rights) and expanded connectivity with support for Wi-Fi ac as well as support for older networks with Intel Dual Band Wireless-AC 7265 (a/b/g/n/ac).

Panasonic also notes the Toughbook 31 retains the same vehicle docking capabilities as previous models, so there’s no need to replace vehicle docks when upgrading to a new Toughbook model.

The Panasonic Toughbook 31 will be available this February starting at $3,699, including a standard three-year limited warranty.