NEW ORLEANS – With a bold target of $1.5 billion in revenue by 2020 and a shift of focus to the enterprise, Veeam Software is relying on its channel partners more than ever. 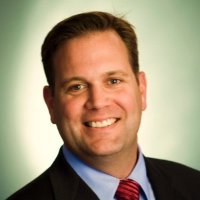 Kevin Rooney, Veeam’s North American channel chief, sat down with CDN at the VeeamON conference to outline the company’s plan for the enterprise and the cloud market. Rooney joined the company in Jan. 2016 after holding various executive positions at VMware and Hewlett-Packard.

In this Q&A, Rooney discusses the company’s dive into the enterprise, the restructuring of how Veeam operates within the channel in 2017, and his ideal channel partner.

The following is an edited transcript.

Rooney: We are 100 per cent a channel company – everything we do is centered around the partners. For the enterprise space, Veeam’s been on this journey for a while. It’s a lot of what we discuss now, but really our product has been ready for the enterprise space for a while. Now customers and partners are coming around to utilizing and recognizing it. Our partners used to carry a couple data protection solutions, and we were their SMB, maybe commercial as well, component, and they would have somebody else for the enterprise and maybe cloud components. That has completely transformed over the last 12 months.

It’s funny, when you talk enterprise, an SMB customer doesn’t think that their data protection requirements are any less serious than a Fortune 50 customer, it’s all relative. No one can afford to lose, or not be able to get data back. Our partners have those relationships, they’ve been engaged with those customers for years. We’re leveraging that relationship with our offering to come to these shared customers.

CDN Now: When it comes to managing the North American channel, can you go into a little more detail on the new SMB, commercial, enterprise, and cloud segments?

Rooney: Prior to Jan. 1, 2017, we did not have this segmented sales team. The way we were doing things previously was you just had a territory, and if it was a five man customer or a Fortune 500 customer, you went after it. It doesn’t mean that we aren’t going out and servicing that same spectrum of customers, but we have segmented it so we can more properly service them. I think it’s really just the evolution of the company, where once you establish yourself you can really segment. We really have only been selling for nine years, so we haven’t been around forever. This is that next step in that journey.

In Canada, while we may segment it very specifically in the U.S., it doesn’t necessarily translate exactly to what’s going on in Canada, so [Jeff Goldstein, Veeam Canada’s head]’s approach is a little different.

Editors Note: Goldstein told CDN that since Canada is a smaller market, he doesn’t have individual teams for each segment, and that he oversees all of these segments.

In fact, Canada in 2016 grew faster than the U.S. Canada was up 50 per cent year over year and we’ve just added more resources personnel-wise . We have more Veeam badges on the street in Canada than we have ever had before. We recognize that Canada and the U.S. are not the same country and there is a different scale/approach but we are very much North America. Jeff and I work very closely together, so rather than sail Canada unto itself, we’ve got a North American strategy that allows us to use all of our resources to service our customers regardless of what country.

CDN Now: Of the various announcements made over the last couple days here at VeeamON, what do you think channel partners should concentrate the most on?

Rooney: I would be remiss to try and pick one. The message to the partners is that they’ve hitched their wagon to a company that continues to iterate on its technology. We are not getting complacent, and saying “Oh, we have it figured out, we’re done.” We have continued to innovate, and we continue to extend our relationships with some of these major alliance partners, whether that be Microsoft, HP, VMware, NetApp, etc. Partners can have confidence that if they are working closely with Veeam, they’re going to have somebody who is constantly at the point of innovation.

If you look at the people we compete with, that is not the case. They’ve got software that has been the same and they’re not relying on their legacy renewal base as opposed to going out and trying to get new customers. When I speak to partners and make the pitch as to why you’d want to work with Veeam, I say look, we are literally adding 4,000 new customers a month. Partner with someone like Veeam as opposed to somebody who has a declining business.

CDN Now: How would you describe your ideal channel partner?

Rooney: There is always a common thread: [the ideal channel partner] is very close with their customers and they look at their customers’ issues and can discern what challenges they face. They are the ones who get closest to the customer and understand what those challenges are.

And look, they’re also going to be technically capable. They’re going to have a strong services bench they can deliver, and we’d like them to see Veeam as a strategic component of their overall offering – seeing Veeam in their DNA. We blend in well with the solutions they may have, and our partners are the difference for us. It’s the reason we are 100 per cent channel.

Basically, they would be very close to their customers, that is a key thing, and then also have that services capability as well.”

CDN Now: In the last year, do any specific wins in the channel stand out?

Rooney: If you went two, three years back, the level of the size of the purchases, the types of accounts, were much smaller. Meaning, we are becoming a more and more critical component to customer’s solutions than ever before, and with that comes bigger transaction sizes. They are betting more on Veeam.

We might have been in one part of the data centre, but we didn’t have the whole data centre. The significance of the opportunities and the deals that have been closed by our partners has dramatically been different than 2015 and 2016, and sure as heck will be the same in 2017. We continue to make our way up into more strategic positions with customers, and our partners are benefiting from that. We were born in the SMB and we are now across all customer types.