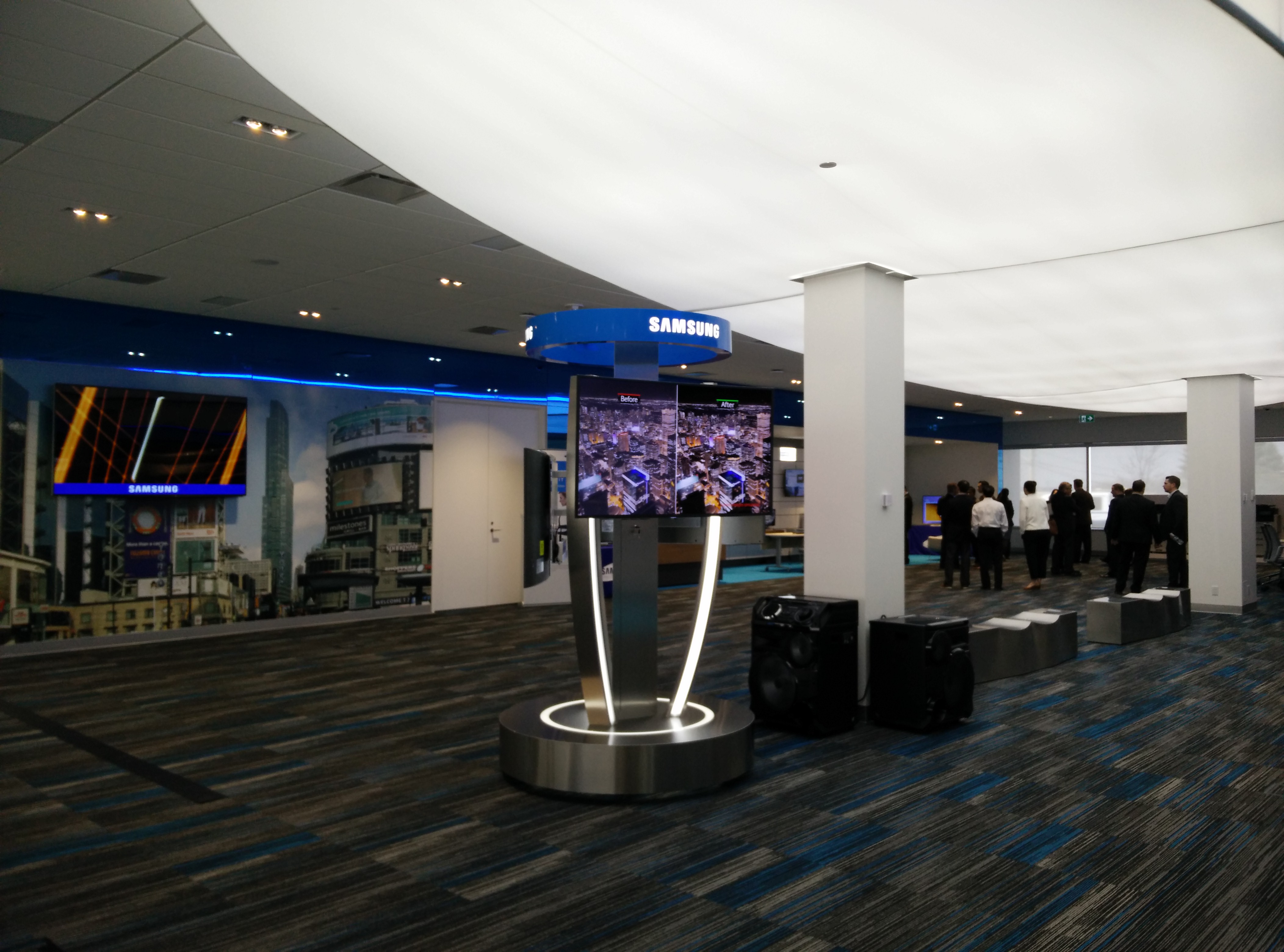 More than a year since Samsung Canada relocated to the Derry Road West and Queen Street location in Mississauga, ON, the electronics manufacturer finally has a new showroom. 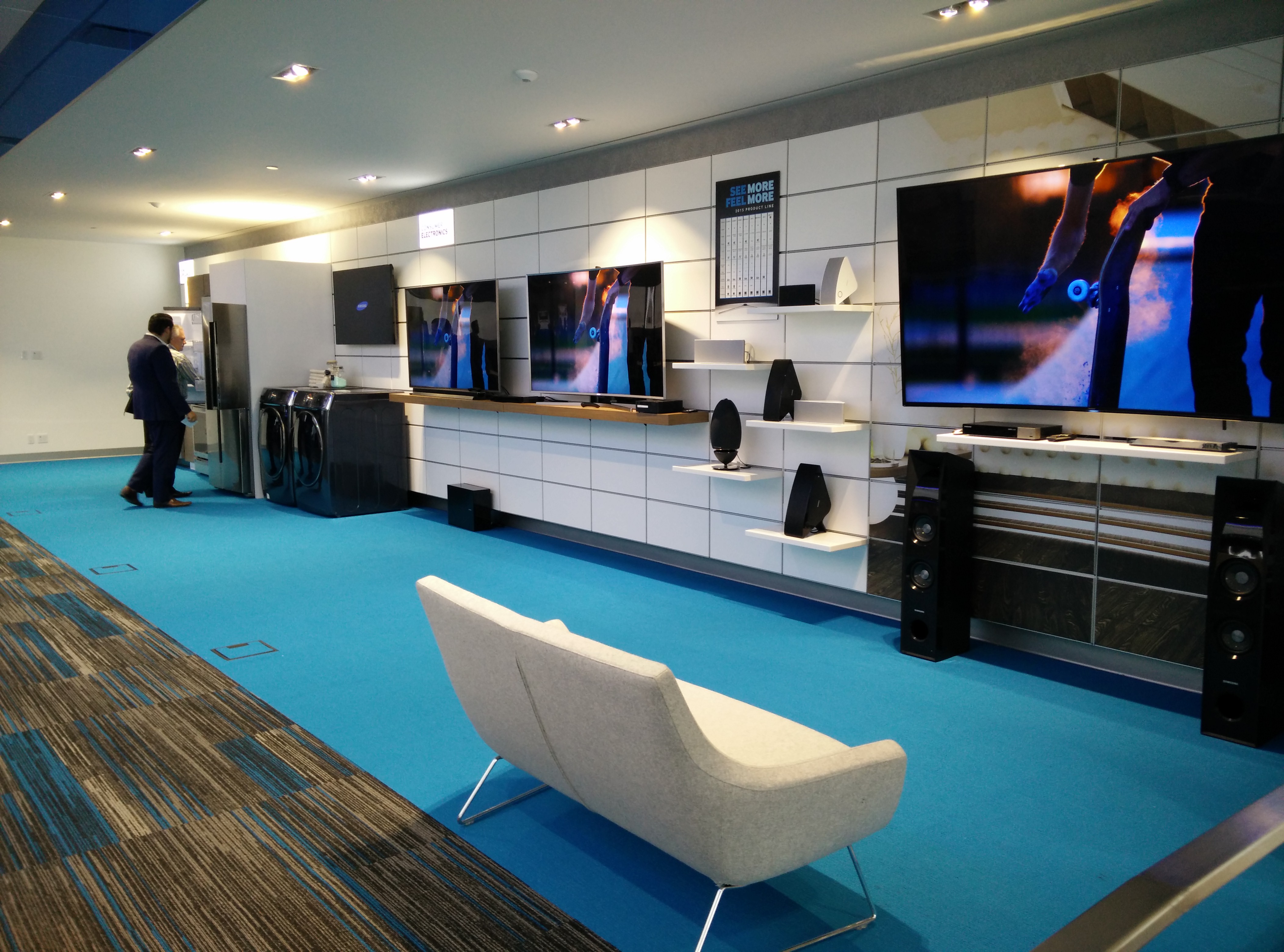 “Samsung Canada’s new Executive Briefing Centre was designed to bring in our channel partners and customers,” said Nalli.  “It’s designed to show off our enterprise business, which entails our smart signage platform, our printers and copiers, our TVs and smart displays, and a bit of our consumer products.” 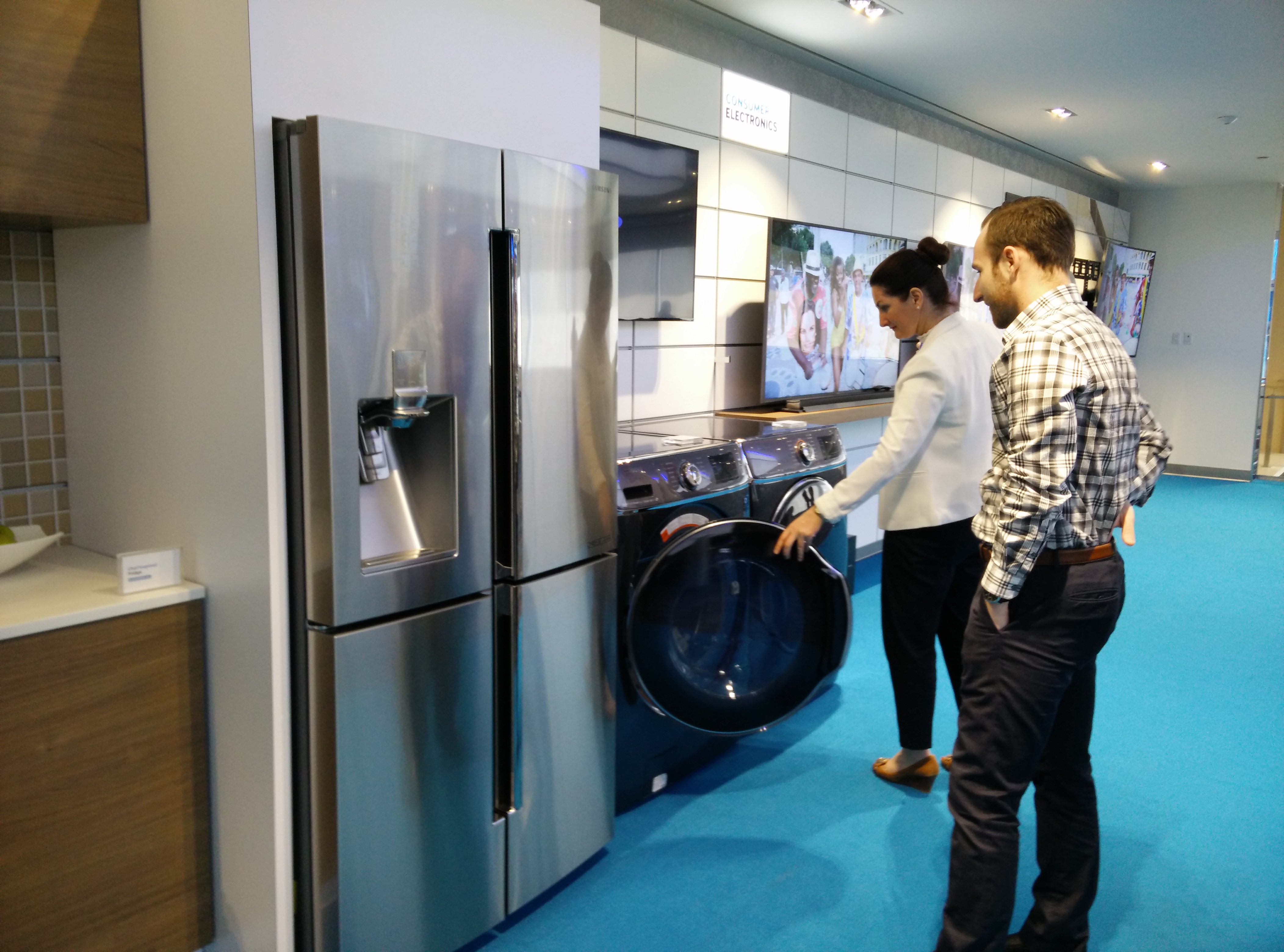 According to Nalli, the centre only finished renovations two weeks ago.  The solutions being shown off Wednesday included Samsung’s digital signage products, which have traditionally been larger in size.  Today, they range from 10 inches across to 95 inches. 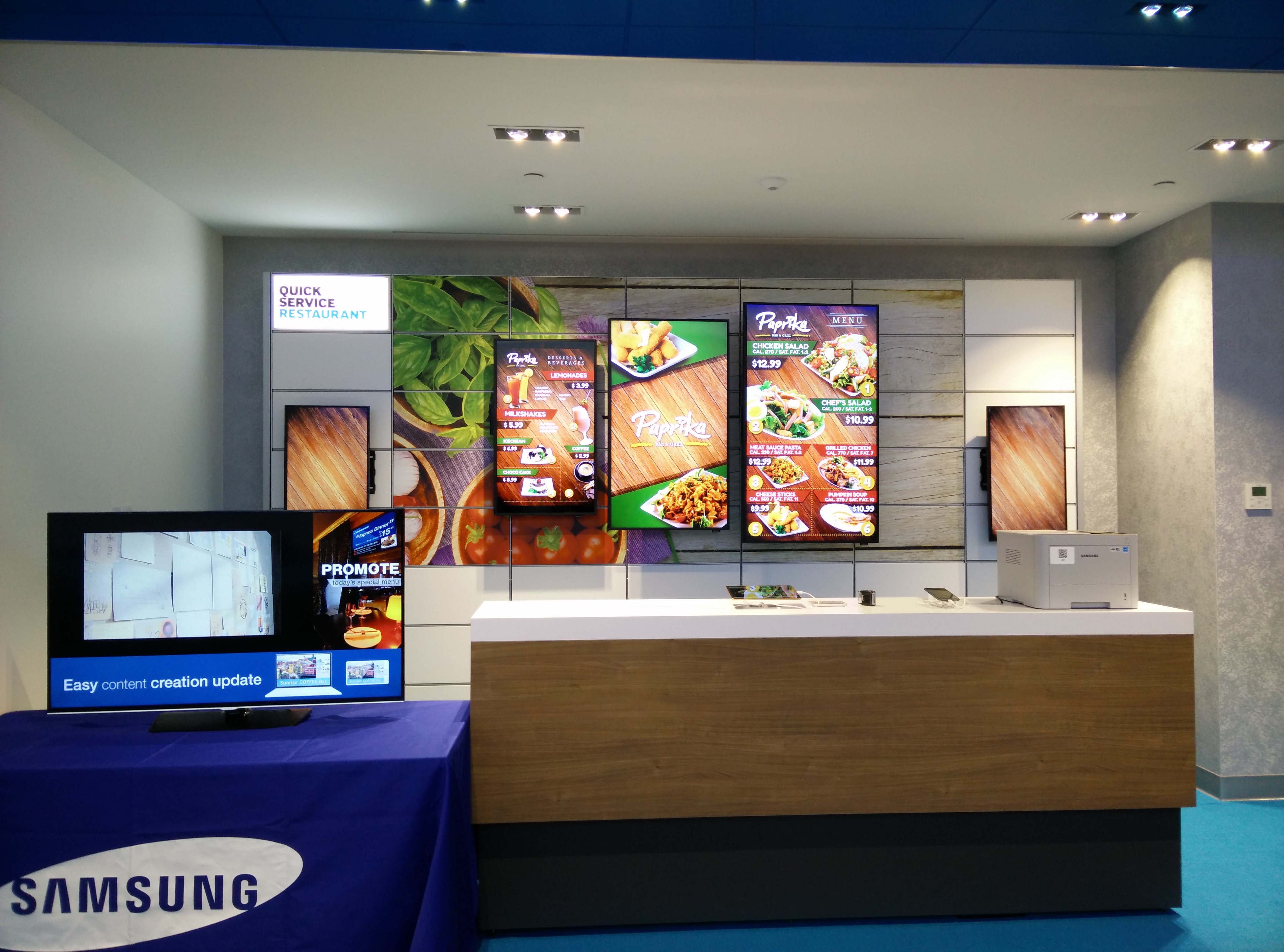 They were also running on Samsung’s MagicInfo, a CRM system that manages and controls digital signage screens and can either run in the browser or on premise. 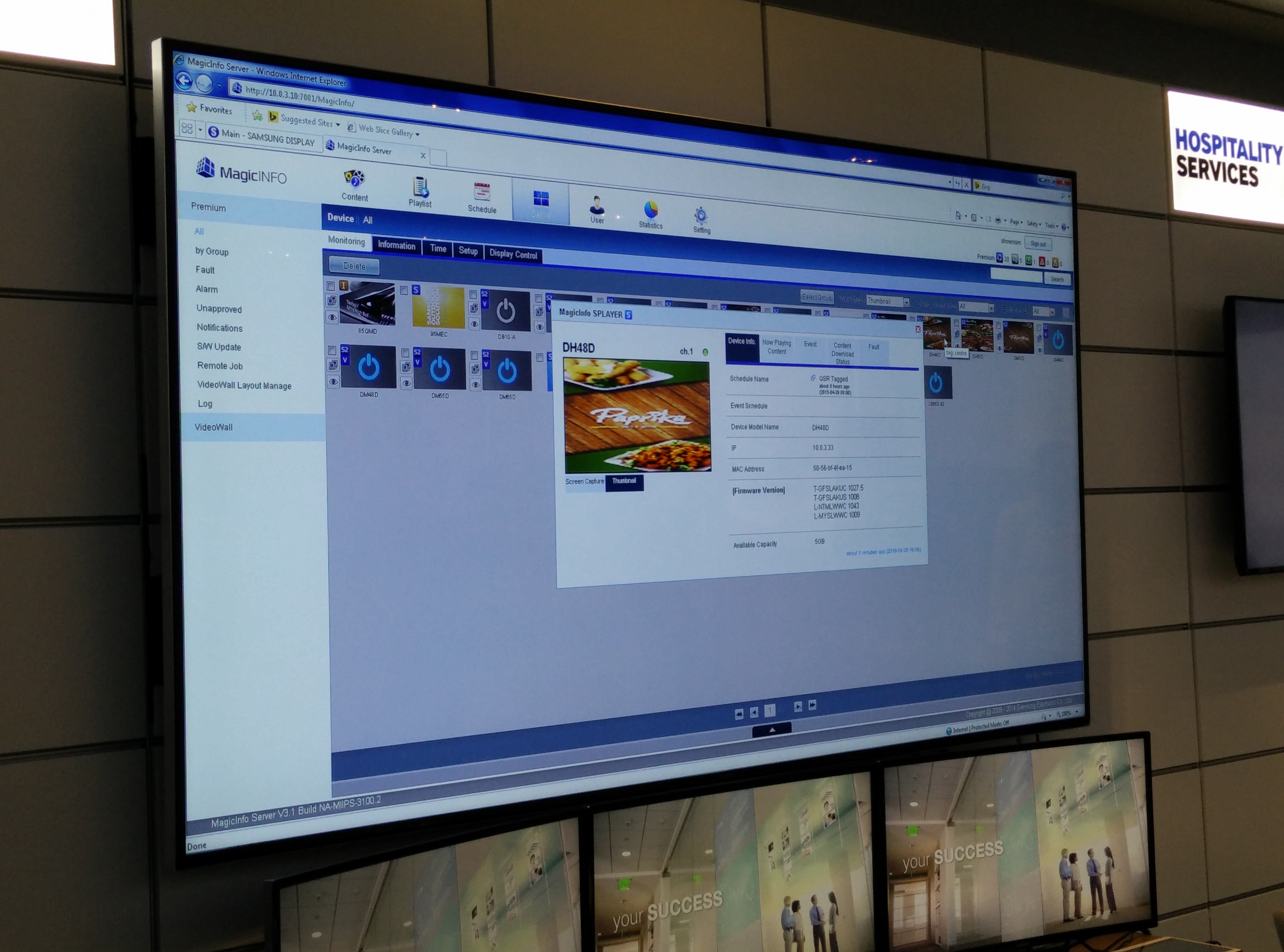 Samsung also showed off a new android-based printing solution, the SL-M4583FX, which integrates what appeared to be a full-function tablet  complete with web browsing and video playback capabilities running on a customized version of Android 4.2.

Upon closer inspection, the device was fixed to the printer, although Nalli said that a BYOD version that would allow employees to dock their own tablets to print is in the works. 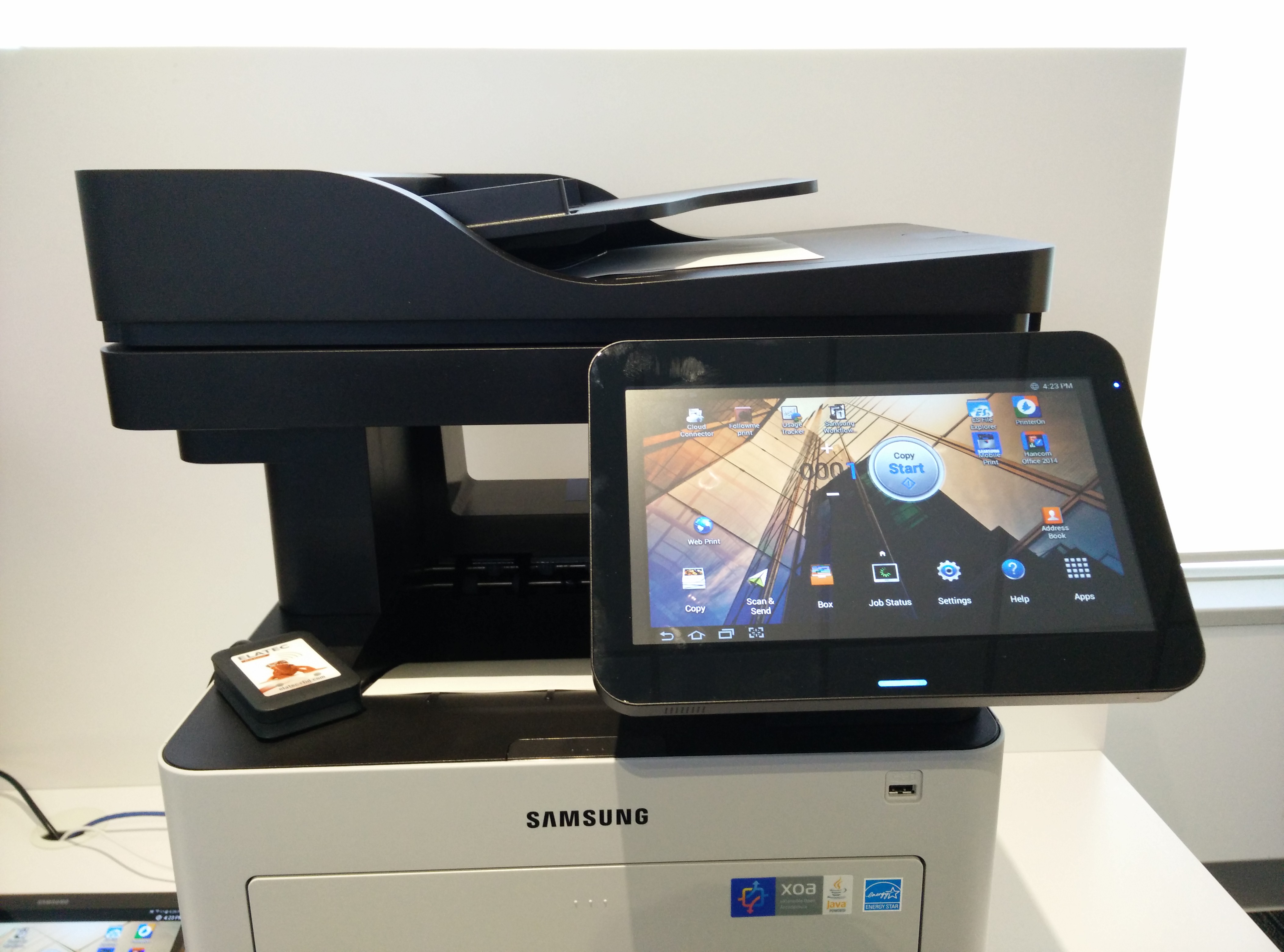 Other verticals that were featured at the centre included hospitality and retail, with a few different subsidiaries including Kitchener, ON-based PrinterOn among them. 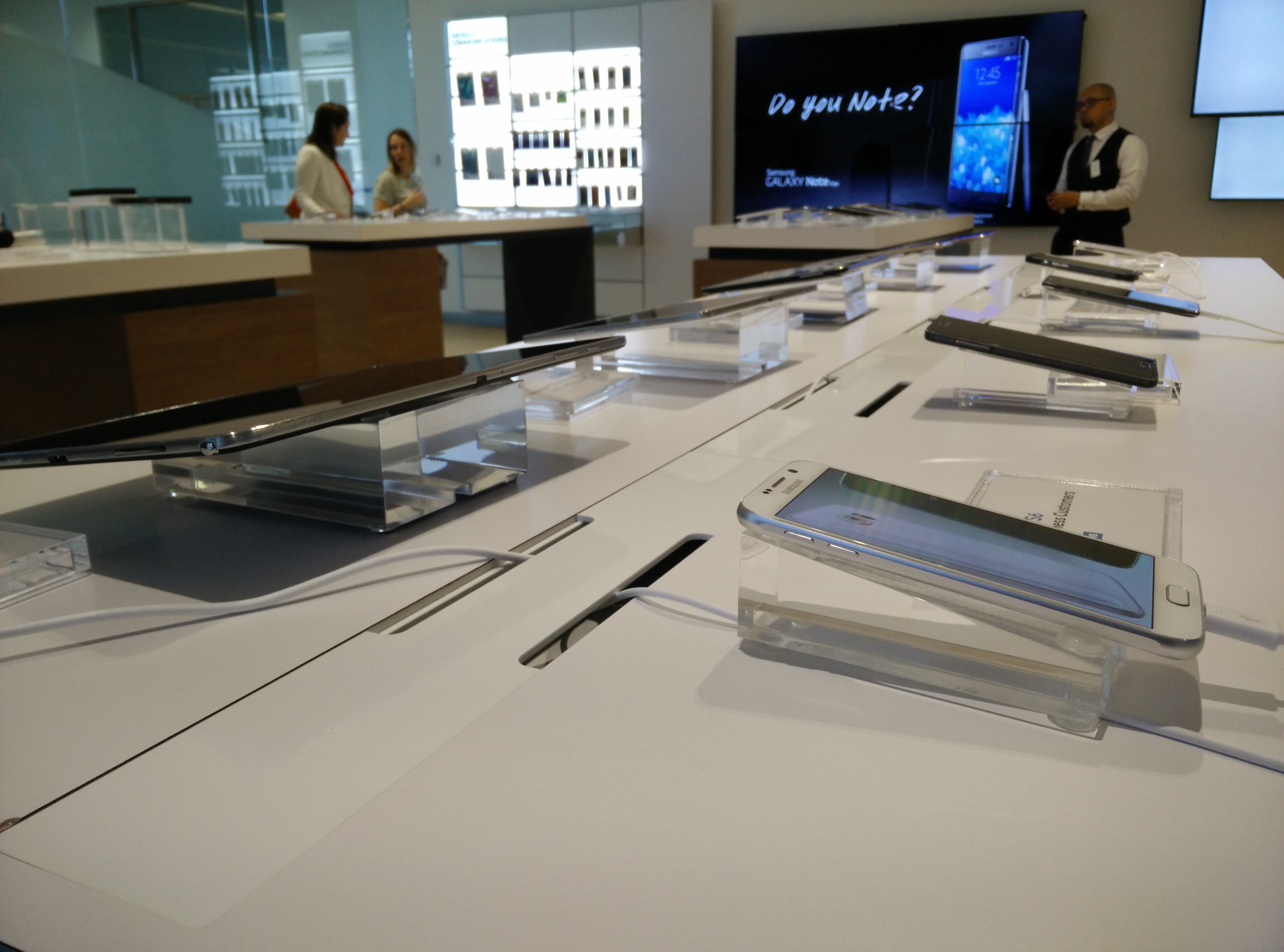 According to Nalli, the design and layout of the centre is fairly finalized.

“Now it’s a matter of making a living, breathing showroom, by bringing in our solution partners to really enhance the experience that customers are expecting within certain verticals, whether it’s healthcare or retail, corporate, we want to bring in a real life experience, so that’s what we’re striving towards,” he said. “We’re going to hold a lot more of these types of events, whether they’re segregated to key verticals or key segments, or simply more open houses.”