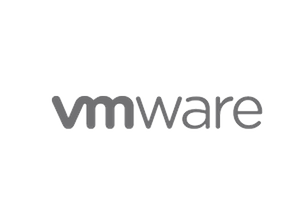 On the eve of the announcement that Broadcom will acquire virtualization and multi-cloud vendor VMware, there was some trepidation in Vmware’s partner ecosystem.

“It’s a pretty simple message really: don’t screw VMware up by forgetting about the partners. We still have to make money together to keep our customers happy,” said a top executive from a solution provider that has been a longtime VMware partner, quoted in a recent CRN article.

“Broadcom will need to make sure that it keeps [VMware’s] partner business intact. Partners need to be able to work with VMware more than ever,” said the executive.

Partners of VMware expressed surprise and a significant degree of caution over the potential acquisition. A large number of North America’s largest and most innovative channel partners are also VMware partners.

Earlier in the week, various news outlets reported that semiconductor and technology giant Broadcom was in serious talks to purchase VMware. This deal would allow Broadcom to own one of the largest software companies in the world, with a yearly run rate of US$12.8 billion, and new technology to enhance its semiconductor prowess. The formal announcement was made this morning.

This is not the first change in ownership that VMWare partners have gone through. The company has previously been owned by both EMC and Dell. Michael Dell still owns 40 per cent of VMware.

Given the reliance on its partner network, should the deal be finalized, VMware may be well advised to come out with “strong messaging” reassuring its channel partners. The press release announcing the deal notes that “Broadcom Software Group will rebrand and operate as VMware, incorporating Broadcom’s existing infrastructure and security software solutions as part of an expanded VMware portfolio.”

Daniel Newman, founding partner and principal analyst of Futurum Research noted in a blog this week that “Broadcom does have an approach with acquisitions that won’t always make the innovators happy, but the strategy thus far has worked—especially for shareholders.”

Whether what is good for shareholders will also be good for partners remains an open question.

For Broadcom, this is just another in a series of multi-billion deals in the last few years. These include software company CA Technologies, which it acquired in 2018 for nearly US$19 billion in an all-cash deal. In late 2019, Broadcom purchased Symantec’s US$2.5 billion Enterprise Security business for US$10.7 billion.

Not all recent attempted acquisitions have been successful. In 2021, Broadcom was in talks to purchase big data analytics company SAS for US$15 billion to $20 billion. However, by July, the deal collapsed when SAS co-founders abruptly changed their minds. In 2018, Broadcom was forced to withdraw a US$117 billion bid to acquire chip giant Qualcomm after receiving pushback from the U.S. government.

Jim Lovehttp://www.itworldcanada.com/
I've been in IT and business for over 30 years. I worked my way up, literally from the mail room and I've done every job from mail clerk to CEO. Today I'm CIO of a great company - IT World Canada - Canada's leading ICT publisher.
Previous article
Toronto-based company launches platform to help solve podcasters’ challenges
Next article
Broadcom acquires VMware – it’s official