What you need to know about Apple iPhone XS, XS Max, XR, and Apple Watch Series 4 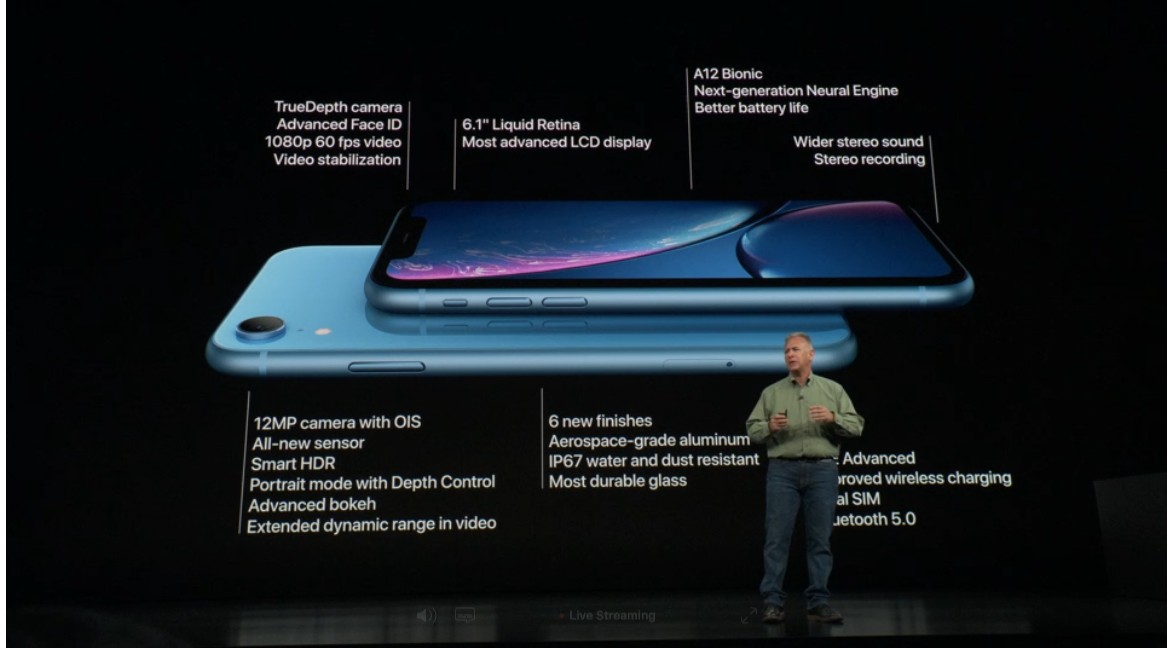 Apple’s September hardware event was heavy on iPhones and watches, and light on everything else. There were no Macs to be seen, and only passing references to other hardware. But CEO Tim Cook celebrated the fact that Apple was founded to make computers more personal, and that the company is about to ship its 2 billionth iOS device. “It’s only fitting,” he said, “that today we will tell you about our two most personal products.”

Listen to all the key Apple iPhone and Apple Watch updates from yesterday in our Hashtag Trending podcast: First up was the Apple Watch Series 4. Totally redesigned, it boasts an edge to edge display, curved corners, and its screen is over 30 percent larger than previous models. It comes in two sizes: 40 mm and 44mm. Its thinner case has a black ceramic and sapphire crystal back to allow radio waves to pass through both front and back for better cellular service. There will be two flavours: Apple Watch Series 4 (GPS), and Apple Watch Series 4 (GPS + Cellular). The cellular model can communicate independently of a phone. The Digital Crown now generates haptic feedback for more precise selections. The speaker is 50 percent louder, optimized for Siri, phone calls, and Walkie-Talkie (watch-to-watch communication over Wi-Fi or cellular), and the microphone has been moved to the opposite side of the phone to reduce echoes. The watch is powered by Apple’s newest S4 chip, which it says maintains battery life while delivering twice the speed.

I’ve fallen and I can’t get up While the coolest of the new health features, the ECG that can detect heart issues such as irregular heartbeat, will only be available in the U.S., the watch also offers fall detection using an accelerometer and gyroscope; if it identifies a fall, it sends an alert to the user with the option to contact emergency services. If the user is immobile for one minute, the watch automatically calls 911 and notifies the user’s emergency contact.

Learn how to breathe

watchOS 5 offers a ton of new fitness options, including activity competitions in which users challenge other users, automatic workout detection, and two new workout types: Yoga and Hiking. Outdoor workout time has been increase to 6 hours. It also has a new user interface, which is much more customizable and has several new watch faces, including Breathe, which guides you through a calming breath. Next up were the iPhones. First we saw the new iPhone XS and iPhone XS Max, a duo that differs mainly in screen size.
The iPhone XS has a 5.8 inch super OLED display, while the iPhone XS Max’s is 6.5 inches. Both are Super Retina displays that build on the edge to edge screens of the iPhone X and offer million to one contrast ratio that show 60 percent greater dynamic range in HDR photos. Apple says that its A12 Bionic chip is the first 7-nanometer chip in a smartphone (Huawei announced its 7 nm Kirin 980 chipset, which will power the new Mate 20, on August 31). The A12 has a six core architecture, with a four core GPU that is up to 50 percent faster and an 8 core neural engine that can perform 5 trillion operations per second (vs the one in the A11 chip, which could only handle 600 billion). It can manage up to 512 GB of storage. The cameras have also seen some love, with both models sporting a dual 12 MP camera setup with optical image stabilization on the rear, and a 7 MP RGB camera on the front. Apple says its new image signal processor connects with the neural engine to improve things like facial recognition. A new feature, SmartHDR, shoots a 4 frame buffer plus other intermediate images and merges them all into a single perfect photo. The phones will have dual SIM support (one physical, and one eSIM) available later this fall. Battery life in the iPhone XS is expected to be up to 30 minutes longer than the iPhone X; the iPhone XS Max, with its larger battery, is expected to last up to an additional hour and a half. iPhone XS and iPhone XS Max will be available in 64GB, 256GB and 512GB capacity models in space gray, silver and a new gold finish starting at $1379 (CAD) and $1,519, respectively. Pre-orders begin September 14, with availability in stores on September 21. It wouldn’t be an Apple event without “one more thing”, in this case, yet another iPhone: the iPhone XR, starting at $1029. It has a 6.1 inch LCD screen, and many of the features of its more expensive siblings. It only has one 12 MP rear camera, however, lacks 3D touch, and only offers 64 GB, 128 GB, and 256 GB models. It, too, will be available for pre-order on October 19 and in stores on October 26. All of the new iPhones will run iOS 12, which will be released on September 17.