Windows Phone 8: A phone for mavericks?

Microsoft has a lot riding on today’s official Windows 8 launch, not the least of which is the Windows Phone 8.

Though most pundits are still digesting all that Windows Phone 8 has tooffer, PC Magazine is already offering up its own take on the new phoneoperating system. And for a phone OS that’s just barely come out of theoven, it generates a pretty detailed review from the magazine.

The highlights are as follows. The reviewer raves about the design andeasy usability of the interface and its compatibility with MicrosoftOffice, Outlook and Windows 8. 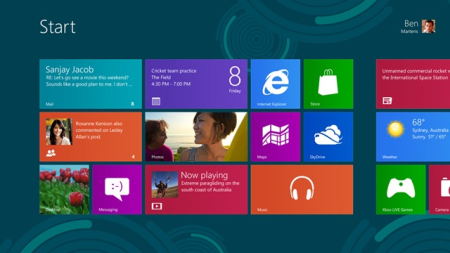 What’s not to love? The lack of apps (although who didn’t see thatcriticism coming a mile away?), dearth of GPS navigation options onnon-Nokia W8 phones, and poor compatibility with Macs.

The review ends on a cautionary note: if you go for a Windows Phone 8handset, you won’t be disappointed; you might even be pleasantlysurprised; but you won’t be able to enjoy the latest, coolest apps allyour buddies are raving about and at the end of the day. If you’rewilling to be a bit of a smartphone maverick – and if Microsoft marketsit well – this phone may break through a bit of the iPhone and Androidhaze.

CDN Staffhttps://channeldailynews.com
For over 25 years, CDN has been the voice of the IT channel community in Canada. Today through our digital magazine, e-mail newsletter, video reports, events and social media platforms, we provide channel partners with the information they need to grow their business.
Previous article
Photo Gallery: Channel Elite Awards
Next article
EMC to acquire Web fraud detection solution provider