Xerox Canada has confirmed to CDN that Karl Boissonneault has been appointed Xerox‘s chief of channel operations for the Canadian subsidiary headquartered in Toronto.

Boissonneault will have the title of VP of the Channel Partner Organization for Xerox Canada and will become a board member of the Canadian Channel Chiefs Council (C4). 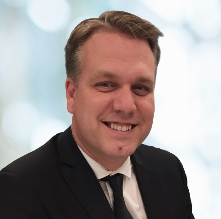 The University of Quebec graduate has been at Xerox Canada since 2014. He has held positions such as GM of Central & Eastern Canadian Agent Operations and GM of Eastern Agent Operations. Both jobs were based in Montreal.

Boissoneault’s promotion comes after a series of leadership changes at Xerox with the channel in mind. Earlier this year, former Xerox Corp. channel chief John Corley returned home to Canada to lead Xerox Canada as its new President.

Then a few months later, Pete Peterson was named the new worldwide channel chief of Xerox. Peterson, who has strong ties to Tech Data Canada leader Rick Reid, was given the title of senior vice president of Global Channel Strategy and will be responsible for revenue and profit growth, as well as leading and executing targeted investments across direct and indirect channels worldwide.

Can Xerox save the printing page?

Xerox to expand its channel beyond MPS

After the Xerox split, company CEO Jeff Jacobson has made the channel a priority for Xerox. He said in a previous interview that channel partners will play an integral role in the company’s mission to turn around the fortunes of Xerox. Xerox supported this stance with 29 new channel friendly products. Both the VersaLink and AltaLink lines feature ConnectKey technology that enable users with personalized workflows specific to their business along with one-touch access to the cloud and multi-layered security. Xerox is strategizing that its channel partners will develop these apps so that customers will have a more personalized experience with the MFP.