With just a few more weeks of summer left, device maker Asus has released its back to school tech gadget gift guide. This year’s collection is made up of several fun and low-cost tablets and convertible notebooks as well as powerful laptops and high-definition monitors that would be ideal for avid gamers or professional designers.

The MeMo Pad 7 is a well-balanced low-cost, Intel-powered Android tablet. It comes with a seven-inch HD 1280×800 IPS display and a 64-bit Intel Atom Z3745 quad-core processor. The device is equipped with a 2-megapixel rear and 5-megapixel front camera.
This .65-lb gadget packs up to nine hours of battery life ideal for Web surfing and video playback, it also comes with stereo speakers enhanced with Asus’ SonicMaster technology and Miracast technology for 720p multimedia content to a TV or external display.
The MeMO Pad 7 also comes in black, while, light blue, red and yellow.
Manufacturers’ suggested retail price is $179.
Looking for a slightly larger tablet? The MeMo Pad 8, comes with the same specs but sports an eight-inch display. MSRP is $199. 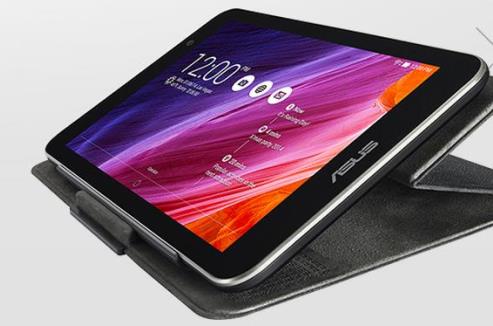 Asus Transformer Pa TF103C 10-inch tablet
For a mere $349 you get a tablet and a notebook with the Transformer Pad TF103C. It comes with Asus’ signature keyboard dock which can be snapped on or off to turn this device into a tablet or a notebook.
The Transformer Pad has a 10.1-inch HD 1280×800 IPS display. It is powered by a 64-bit Intel Atom Z3745 quad-core processor. The unit has a 0.3 megapixel front-facing camera and a 2 megapixel rear camera.
The device come with 802.11n WiFi and Bluetooth 4.0 for wireless, and is available with 8GB or 16GB built-in storage. The Transformer Pad weigh 1.2lb without the dock and 2.4lbs with the dock. 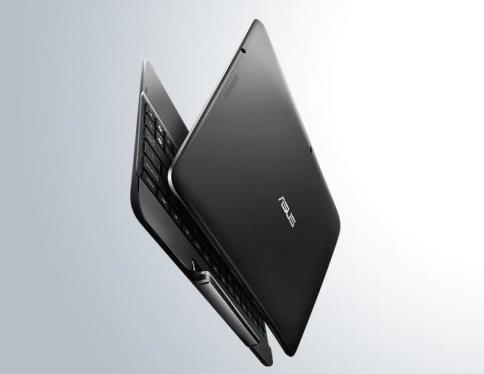 Asus Zenbook NX500
This very slim (0.74 inch) ultrabook and weighs about 4.8 lbs. and is said to have a striking resemblance to a MacBook Pro. Encased in the Asus Zenbook NX500’s shinning aluminum frame is a 15.6-inch 4K/ultra-high definition touchscreen.
The on-board Intel Core i7 quad core processor and Nvidia GeForce GTX 850 graphics makes for blazing speed and seamless multitasking. It runs Windows 8.1 and comes with 16GB or RAM and up to 512GB in a solid state drive.
The NX500 will be available in September or October, but you can already buy the Zenbook UX303. The UX303 also ships with the same processor and graphics card as the NX500 but is equipped with a smaller 13.3-inch 3K IPS display. MSRP for the UX303 is $1,999. 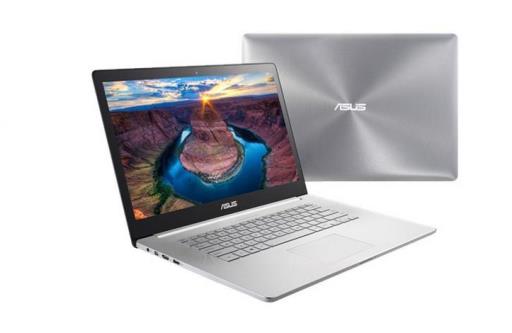 Transformer Book Flip T300
Transformer Book Flip is a 13.3-inch laptop with a touchscreen that can be rotated 360 degrees to turn the device into a tablet. The two-in-one device comes with a 1366×768 display, runs on Windows 8.1 and is powered by an Intel Core i7 processor.
The Book Flip has an elegant brushed-hairline aluminum finish. MSRP is $799. A 15.6 inch T500 model is also available with a starting price of $849.99 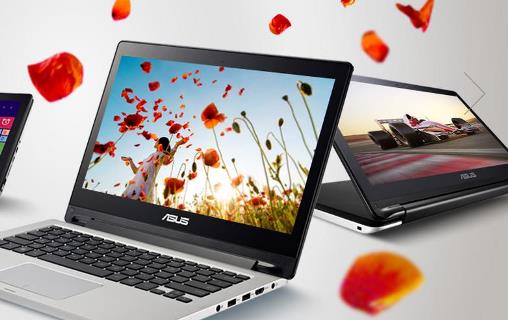 Asus G550JK
The G550JK provides huge gaming power and portability for those LAN parties in between classes. This multi-media gaming laptop comes with a 15.6-inch display and is powered by a 4th Gen Intel Core i7 processor and Nvidia GeForce GTX 850M GPU with Asus’ TurboMaster technology for safe overclocking.
The G550JK’s portability makes it an ideal laptop for design professors and students.
The GTX 850M has 640 CUDA core with clock speeds from 876MHz+Boost to 963MHz+Boost. The discrete graphics processor has a dedicated memory size of 2GB DDR3, with 64GB/s memory bandwithd on a 128-bit memory interface.
MSRP is $1,299. 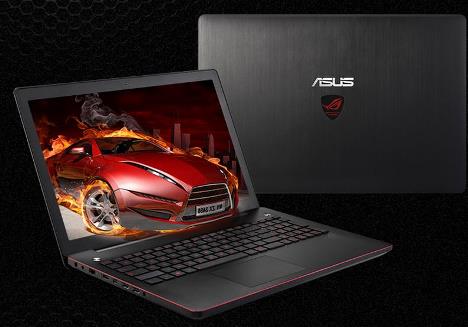 Asus doesn’t call the GX500 “the coolest gaming ultrathin” for nothing. This 15.6-inch, 0.75-inch, gaming notebook comes with an intelligent dual cooling system to keep it from overheating.
Weighing in at 4.85lbs, the GX500 features the latest Intel Core i7 processor, Nvidia GeForce GTX 860M graphics card and 4K/UHD display with 3840×2160-ixel resolution.
The GX500 will be available iaround September or October. 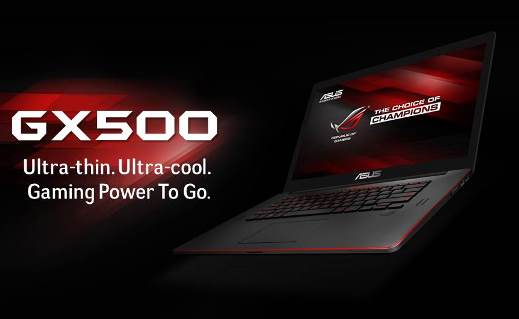 Asus PB287Q Monitor
With an MSRP of $750, it might be surprising to call the 28-inch PB287Q a budget monitor, but in the 4K display world that price is certainly a bargain. This monitor comes with a 3840×2160 UHD resolution, 157 pixels per inch and real 10-bit colour.
Although great for gaming, the ergonomic tilt, swivel and pivot and height adjustment features of the PB287Q makes it ideal for graphics and design work as well. 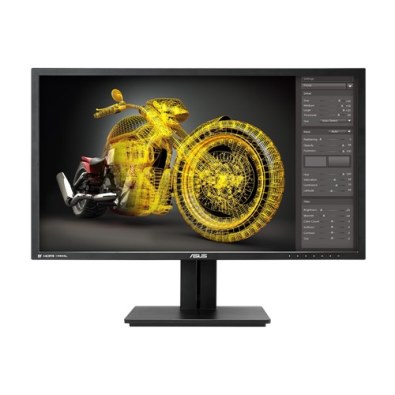 Asus S1 LED Pocket Projector
The S1 LED Pocket Projector is an ideal school room or portable business projector. Powered by a built-in 6,000mAh battery, it provides up to three hours of projection time. What’s more it doubles as a power bank for other mobile devices.
The S1 weighs only .75 lbs but is capable of up to 200 lumens of brightness. It has HDMI/MHL input port and integrates with Asus SonicMaster enhanced speakers. MSRP is $349. 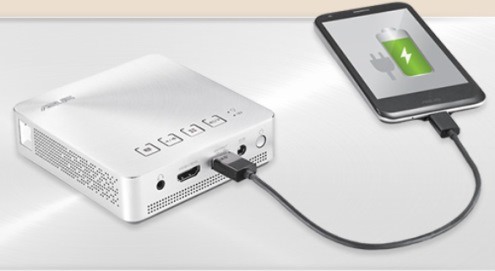 Asus Chromebox
The Asus Chromebox is a quick way to connect to the Internet It is powered by 4th generation Intel processors and comes with HDMI and DisplayPort for dual display support and up to 4K playback.
The Chromebox comes with USB 3.0 ports that enable sharing of data from USB drives and devices. It features dual-band wireless-N connectivity for streaming HD media and web surfing.
MSRP is $209 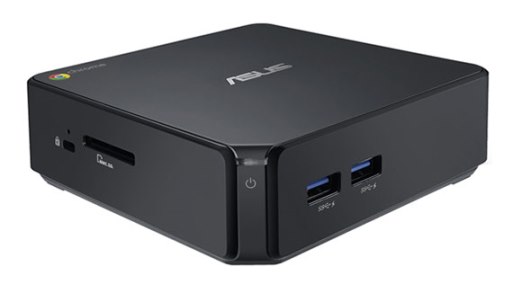 Asus RT-AC87U Router
The RT-AC87U is Wi-Fi router with a combined dual-band rate of 2334 Mbps for up to 4K UHD video playback, ultra-fast large file sharing and low-latency online gaming.
It comes with the world’s first four-antenna, four-stream design, according to Asus, with a wireless signal coverage of up to 5,000 square feet.
The RT-AC87U with AiProtection from Trend Micro and parental control features.
MSRP is $237.75 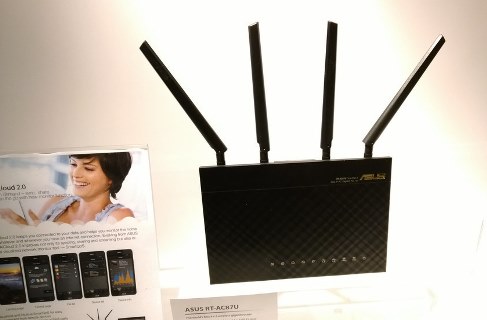