10 Canadian technology brands that are no more

During the dot-com bubble of the late 1990s a widely-held concept was Internet time: the idea that, with the instantaneous communications enabled by the Web, in the IT world time moved a little quicker.

While time still does seem to move a little more quickly in the IT world, we don’t hear the phrase Internet time much anymore. We also don’t hear about these 10 once high-profile Canadian technology brands anymore that, whether through acquisition, merger or old-fashioned bankruptcy, are no longer with us. 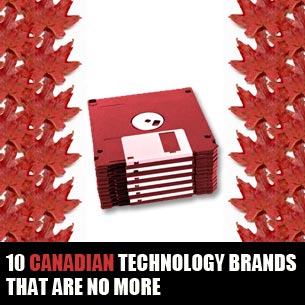 Not just a well-known brand within Canada, ATI Technologies out of Markham, Ont. was a global leader with its line of graphic processing units (GPUs) and motherboard chipsets. Along with the Intel and Windows stickers, ATI stickers were prominent on desktops and laptops sold around the world.

ATI can trace its history back to 1985 when it was founded by Lee Ka Lau, Benny Lau and Kwok Yuen Ho as Array Technologies Inc., primarily as an OEM for PC manufacturers such as Commodore and IBM. It soon went independent though, with the EGA Wonder and VGA Wonder GPU lines. Its flagship Radeon line launched in 2007 and is a market leader, competing primarily with offerings from rival Nvidia.

With the increasing inter-dependency of the computer processor and the graphics processor to drive greater performance, in 2006 ATI was acquired by processor manufacturer Advanced Micro Devices (AMD) in a deal worth US$5.4 billion.

In a move that seemed inevitable since that day, this summer AMD announced that ATI, a brand name synonymous with graphics enthusiasts for 25 years, will soon be no more. By the end of the year AMD’s brand will replace ATI’s on the company’s graphics products, such as the the Radeon, FirePro and Eyefinity offerings. And the ATI brand will be no more. 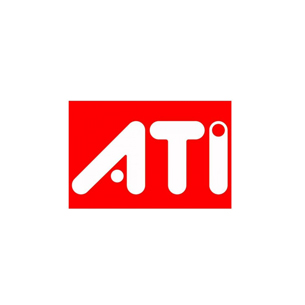 BNR would have offices in Research Triangle Park, N.C., Richardson, Tx. and Maidenhead, U.K. and was a pioneer in the development of digital technology, helping to bring us the first practical digital PBX and central office DMS. On the software side, BNR-developed Meridian Mail was one of the first all-digital voicemail systems.

Through the 1990s, Nortel gradually assumed a majority stake in BNR and, when Bell Canada divested its stake in Nortel, BNR was folded into Nortel’s R&D organization and lost its separate identity. 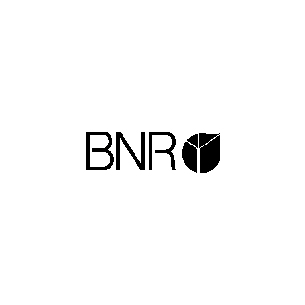 When Clearnet was acquired by Telus Corp. in 2000 in a deal worth over $6 billion it was called the biggest telecom acquisition in Canadian history, and it created what at the time was Canada’s largest wireless company. The combined entity had more than two million customers, over 4,000 employees, and a digital network with coverage for more than 21 million potential customers.

While the Clearnet brand may be gone, its influence lives on in Telus’ go to market. The advertising slogan “the future is friendly” has its roots with Clearnet, and Telus Mobility also owes its unique and quirky advertising look and feel to its Clearnet roots. 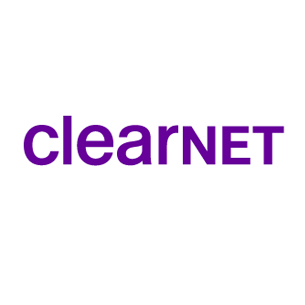 A major name in Ottawa during the technology boom of the late 1990s, Cognos Inc. was a business intelligence (BI) software vendor that employed over 3,500 people at its peak. The company was founded in 1969 as Quasar Systems Limited by Alan Rushforth and Peter Glenister, who were joined by future CEO Michael Potter in 1972.

The company began, as many in Ottawa did, as a government consulting firm. It wasn’t until the 1980s that it made the shift to software, and with the hiring of Ron Zambonini as CEO in 1995 the focus at Cognos became BI products for local area networks. A decade later Cognos was slow to recognize the shift to Web-based technologies, leading to a string of acquisitions to shore-up its research and development.

In 2007, with a trend in the software industry around the merger of analytics, data warehousing and BI software, IBM Corp. acquired Cognos in a deal worth US$4.9 billion. Cognos would operate as a wholly-owned IBM subsidiary until early 2009, when it was absorbed into IBM’s Information Management brand. The Cognos name still lives-on today on some product offerings. 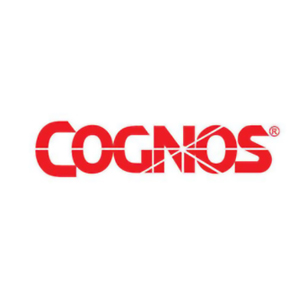 While fax technology is still relied upon in key niche verticals, there was a time when fax was king in business, and at the forefront of fax technology was Delrina.

Founded in Toronto in 1988, Delrina developed electronic form and PC-based fax software. It was probably best known for its WinFax application, which allowed PCs equipped with a standard fax-modem to send and receive faxes between other PCs or standalone fax machines. The company’s revenues would be dominated by WinFax but its form products included PerForm and FormFlow. It also developed a Web browser called CrackerJack, but Microsoft’s launch of Interner Explorer in 1995 made a non-free browser unsaleable.

In the summer of 1995, Delrina was sold to security software vendor Symantec in a deal worth US$415 million, creating the fifth largest software company in the U.S. The forms business would later be sold to Ottawa’s JetForm, and e-mail would continue to shrink the market for fax software over time.

A Canadian software company, Hummingbird Ltd. was founded in 1984 and went public on the TSE in 1993, followed by a listing on the NASDAQ the following year. Toronto residents will probably remember the company for purchasing the naming rights for the O’Keefe Centre in 1996, naming it the Hummingbird Centre for the Performing Arts. Today, the naming rights are held by Sony.

The company was acquired by Waterloo, Ont.-based Open Text in 2006 for US$489 million. The Hummingbird name still lives on today on some Open Text product offerings.

Learn more: Open Text takes over Hummingbird: Will it work? 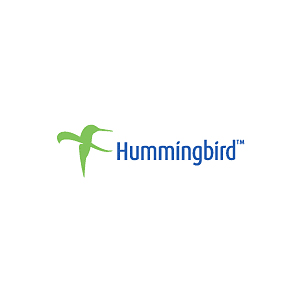 Another big player in the Ottawa technology industry during the late 1990s, JetForm gained an added level of visibility by purchasing the naming rights for JetForm Park in the 1990s, then home of AAA baseball’s Ottawa Lynx, farm team of the Montreal Expos.

The software vendor was founded as Indigo Software, and primarily did software consulting work for the federal government and IBM. This work led to the development of an electronic forms product called JetForm, which gained traction with the launch of Microsoft’s Windows 3.11OS.

As the JetForm products began to increase in popularity, the company took JetForm as its name and decided to focus on the software business. The company acquired Delrina’s electronic forms business in 1996 following that company’s acquisition by Symantec, and in 2001 it changed its name to Accelio.

The company was acquired by Adobe Systems in 2002, and the forms business was later absorbed and discontinued. While the JetForm name is no more, the technology lives on today as Adobe LiveCycle Enterprise Suite. 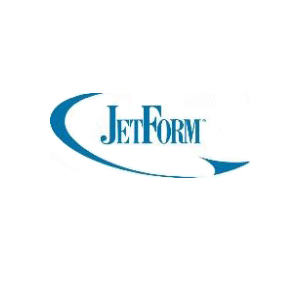 While it was always somewhat in the shadow of its alliterative cousin, Nortel, Ottawa’s Newbridge Networks was a key player in the networking and telecommunications market through the 1990s.

Newbridge was founded in 1986 by Canadian technology entrepreneur Terry Matthews, after he was forced out of Mitel Corp., the company he founded with Terry Matthews in 1973. The name Newbridge came from Matthews’ home-town in Wales.

Matthews founded the company to develop networking solutions in the data and voice networking market, seeing an opportunity in the belief that data networking would grow faster than voice. Drawing on the plethora of networking talent in the Ottawa area, Newbridge became a major supplier to telcos, developing switching and ATM solutions.

The Newbridge name would fade from the Canadian technology landscape in 2000, when French telecom equipment maker Alcatel SA acquired the company for US$7.1 billion in an all-stock deal. Newbridge was merged with Alcatel’s Carrier Data Division to create a new unit, the Carrier Internetworking Division, based in Canada under the Alcatel name. 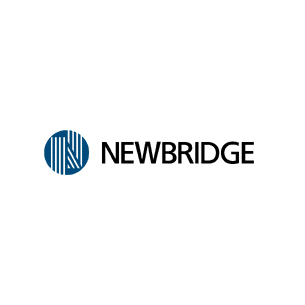 There was arguably no higher-profile Canadian technology brand as Nortel Networks, and certainly none which could trace its lineage back as far as Nortel.

The roots of Nortel can actually be traced back to 1882 as a division of the Bell Telephone Co. of Canada, later called Northern Electric and Manufacturing Co. Fast-forward nearly a hundred years and Northern Telecom was focused on digital telephony in the networking communications space.

Nortel as most came to know it really came into being in 1995 though on its 100th anniversary, as the company streamlined under the Nortel brand with the goal of dominating the growing global marketing for public and private networks. With its acquisition of Bay Networks in 1998 it became Nortel Networks, and its stock price would surge during the telecom bubble of the late 1990s as Nortel was a major global supplier of fibre optic equipment.

After it peaked in 2000, a series of accounting scandals, questionable acquisitions, bad business decisions and a shifting market would see Nortel’s market capitalization, market share and work force plummet. Despite high-quality R&D and innovative technology, the company was unable to get out from under the weight of the debt and bad business decisions that accumulated through the 2000s.

Nortel filed for protection from its creditors in January of 2009, marking the beginning of the end and the court-supervised wind-up of the company. It would be sold off piece by piece over the next year to its competitors, such as Ericsson and Avaya. While Nortel still remains in existence, primarily as a patent holding company to help cover its remaining substantial debt, after over 125 years the one-time iconic Canadian IT brand is no more. 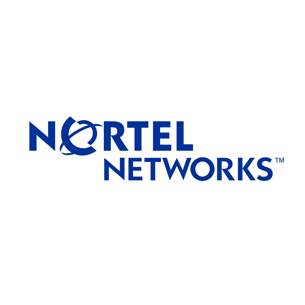 Not many technology companies can trace their roots to a publisher of experimental poetry. SoftQuad can though, having been founded in 1984 as a technology-focused spinoff from the Coach House Press in Toronto. Its purpose was to develop improved automated typesetting technology, and it would develop a commercial platform, SoftQuad Publishing Software, in part with software licensed from AT&T.

Over time, the company’s focus would shift toward Standard Generalized Markup Language (SGML) tools, including Author/Editor and later Panorama, a Web browser for SGML content. The company is best known today for HoTMetal, which was released in 1994 as one of the first commercially-available HTML editing suites. After an early market lead, it would soon receive strong competiton for developer affection from DreamWeaver and FrontPage.

SoftQuad was sold to Ottawa’s Corel Corp. in 2001 for US$37 million in stock, primarily keeping the XMetaL division in Vancouver. In 2002, Corel in turn sold the former SoftQuad assets to Vancouver’s Blast Radius. Most of the SoftQuad assets, including XMetaL, were sold again to JustSystems. 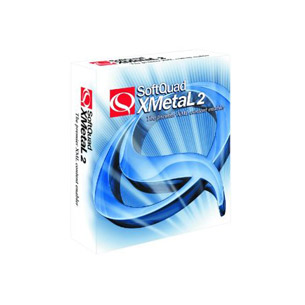