The year of the tablet

Every January the tech community gathers in Las Vegas to show off its latest offerings and try to convince the crowd at the Consumer Electronics Show it has the next big thing. And inevitably, each year a theme emerges.

Last year, CES was all about 3D televisions. While the hype was out in force, the technology has been slow to make it to retail shelves in 2010.

At CES 2011, it was the year of the tablet. Find out what devices vendors are hoping will find their way into your hands in 2011. 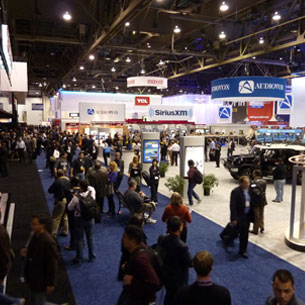 We’ve gotten peaks at Research in Motion’s Blackberry PlayBook tablet before from a keynote stage, but at CES attendees could get up and close with the 7″ tablet.

Both WiMAX and WiFi versions are expected of the PlayBook. It features the QNX Neutrino operating systen that RIM acquired last year, with a powerful but efficient dual-core 1GHz ARM processor and 1 GB of RAM.

RIM officials were quick to note the ability to pocket the device easily and to hold it with one hand, compared with the heavier, larger iPad.

The PlayBook is designed to interface with users’ existing BlackBerry smartphones. Using Bluetooth technology, e-mail messages, texts and various applications on the phones can be seen and manipulated on the tablet. 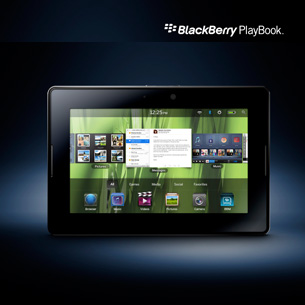 Samsung showed the same 7-inch Galaxy Tab body that has been on the market, but with a WiFi-only version coming and another for Verizon’s LTE . It seems fairly clear that the newer versions will still run Android 2.2, not 3.0. Galaxy Tabs today sell for US$400 to US$650, depending on the carrier, and only with cellular service, not Wi-Fi. Analysts believe a WiFi-only version will be a big hit with customers who don’t want to commit to a cellular plan. 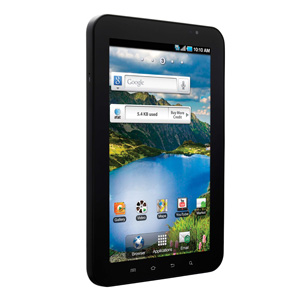 Dell announced a tablet with a 7″ touchscreen, and said it plans to launch a 10″ tablet for business customers.

The Streak 7 tablet runs on Google’s Android 2.2, and is powered by Nvidia’s Tegra 2 dual-core processor. The tablet will can be upgraded to Google’s Android 3.0 OS, code-named Honeycomb, soon after its launch.

It has a 1.3-megapixel front-facing camera and a 5-megapixel camera on the back. The display has a Gorilla Glass screen, which helps make it more sturdy. The screen is also used with Dell’s Venue Pro rugged smartphone.

The Streak 7 also includes support for Flash 10.1 to play movies and games from the Internet. It has Dell’s Stage user interface, which makes it easier to find movies, books and other documents. 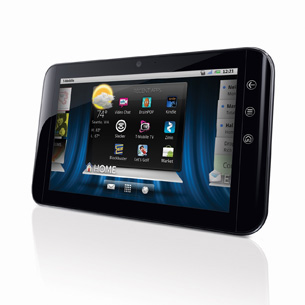 IdeaPad U1 hybrid with LePad slate

Lenovo has shown off its first tablet computer, the LePad, and will launch more tablets later this year in a bid to carve out some share in the emerging market.

The LePad has a 10.1″ screen and runs Google’s Android 2.2 OS on a 1.2GHz Qualcomm Snapdragon processor.

The LePad will go on sale first in China later this quarter, priced between US$399 and US$449. The company isn’t certain yet if it will sell the product overseas, but it may offer a version in the U.S. that connects to the Android Market. Lenovo also plans to launch several other Android-based tablets in the U.S., perhaps in the second half of the year.

Lenovo also showed the IdeaPad U1, a hybrid device that turns the LePad into a netbook-like product. The LePad serves as the monitor but can also be detached to function as a tablet. It runs a Windows OS and has an Intel Atom processor. The U1 will be priced at about US$1,000. Company officials could not provide details about availability. 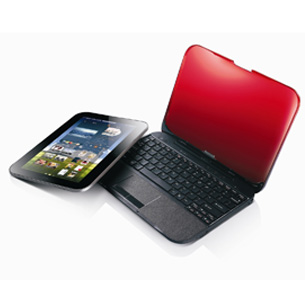 The Xoom will also be one of the first tablet devices to run Android 3.0 (Honeycomb). Tablet-friendly features in Honeycomb include split-screen displays and the latest version of Google Maps featuring 3D building renderings and faster display times.

At launch, the Xoom will be available only as a 3G + WiFi device, but a WiFi-only version of the Xoom may also be coming soon, according to Android Community. 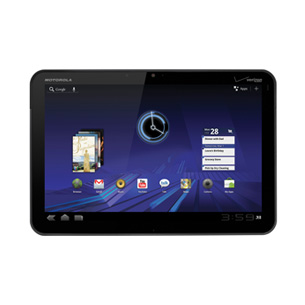 The Motion CL900 is a tablet that fits in the category of rugged laptops, perhaps. It runs the Windows 7 OS and has versions with 30 GB or 62 GB solid state drives. It runs on an Atom processor from Intel.

It will sell for less than US$1,000 and will be available in early spring, the company said. Motion has long been a Windows-based pen tablet creator, selling into industry. 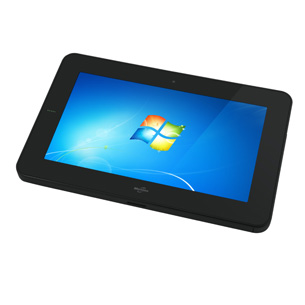 It wasn’t just about tablets at thus year’s CES. Ford Motor Company debuted its first all-electric vehicle, the Focus Electric, at the show. It’s one of five new electrified vehicles that will be available in North America and Europe by 2013. It was the first time that the company has announced a car outside of a major auto show.

Ford was vague on the Focus’ performance specifications, but the top speed is 84 miles per hour. The Focus electric will recharge in about three to four hours, which the company said is about half the time of competitors.

To help with the charging infrastructure, Ford has partnered with Best Buy and Leviton to install home charging stations, costing about US$1,500 each. The car is powered by a lithium-ion battery system made by Ford and LG Chem. The system uses heated and cooled liquid to maximize battery life.

Ford wouldn’t say how much the Focus Electric would cost, but for comparison the Nissan Leaf costs about $32,000. The Ford Focus Electric will be available in late 2011. 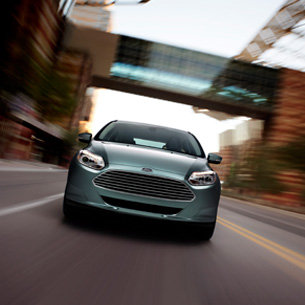 Almost a year to the day since Polaroid said it was signing on Lady Gaga as its creative director, the popular singer unveiled the fruits of her labor.

Called “Grey Label by Haus of Gaga,” the gadgets include a pair of sunglasses with embedded camera and display, a mobile photo printer and a Polaroid camera.

The glasses can shoot both photos and video, which is stored in memory embedded in one of the earpieces. The earpiece can be removed and connected via USB to a printer of the images can be transferred via Bluetooth. The glasses also feature a screen in front of each eye that can play back recorded images.

The second product, the GL10 mobile photo printer, will be available in March for US$150 and pairs via Bluetooth with any cell phone that supports the standard, except Apple’s iPhone.

Also unveiled was a Polaroid camera. Like classic Polaroid cameras, the camera prints out photos but it can also record them digitally. They can be viewed on a pop-up display screen on its top. The device will be available at the end of 2011. 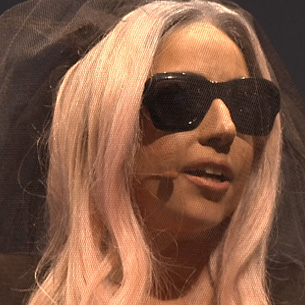 Similar in design to the HTC EVO 4G, the monstrous Thunderbolt sports a 4.3-inch Super LCD display, a front-facing video camera and yes, even a kickstand. It feels really well-constructed and solid in hand while maintaining the slick aesthetic we’ve come to expect of HTC phones. It also has an 8-megapixel camera, which took pretty clean pictures in the bright lights of Las Vegas.

Running HTC Sense over Android 2.2, the Thunderbolt also incorporates Skype video chat into the HTC Sense interface. The Thunderbolt has 8GB of on-board storage with a 768 RAM Memory card and comes preinstalled with 32 GB microSD. So basically, this thing is a multimedia powerhouse. 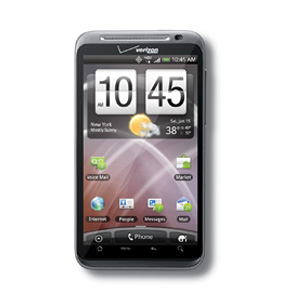 Sony is working on a futuristic head-mounted display that immerses the viewer in 3D video. The device, which is still only a prototype, was unveiled at a Sony news conference at CES.

Inside are two OLED displays that provide a high-quality, high-contrast image.

A test of the prototype after the keynote backed up Yoshioka’s claims of a clear, vivid 3D image. The glasses required a quick calibration, so the images from the screens were correctly aligned to each eye, but after that they worked without a problem.

Sony has no launch date for the display, which is still being developed.

Two years ago at CES, Sony showed off a prototype head-mount display that showed 2D images. That device still hasn’t come to market.

It wasn’t the only 3D prototype on show. Sony also had no-glasses 3D televisions and a Blu-ray Disc player with 3D screen.

Just like the head-mount display, Sony says the no-glasses 3D TVs and Blu-ray player are prototypes. There’s no word on when they might be available. 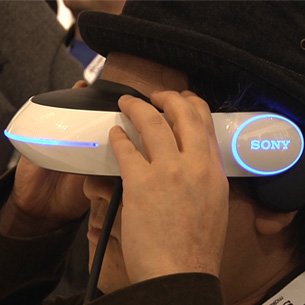