Of the tens of thousands of apps available for the iPad, only a relative few are must-have tools for business use. To help keep your iPad stocked with the cream of the crop, InfoWorld offers its third annual roundup of the best office apps for the iPad — some are familiar, some are new, and some old choices are no longer needed. The apps highlighted here are ones almost everyone should have. 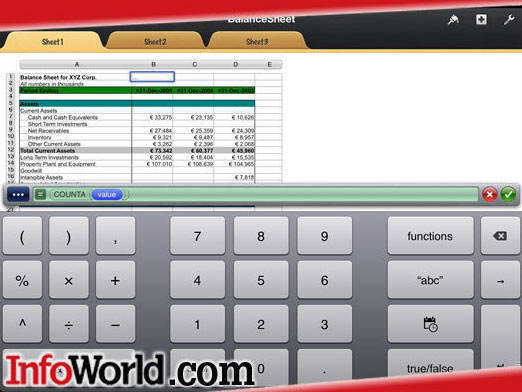 Date: March 2008
Almost everyone needs to work on Microsoft Word files, and Quickoffice Pro HD lets you do much of the editing you’d expect, including formatting. Although you can’t apply paragraph and character styles to text, Quickoffice does preserve the ones already in your documents. You also get search and replace, and direct integration with various cloud storage services (sadly, not with iCloud). Plus, there’s a Business App Store version that allows for content management by IT. But Quickoffice is not savvy about layout-rich documents, nor can it work with embedded hyperlinks. 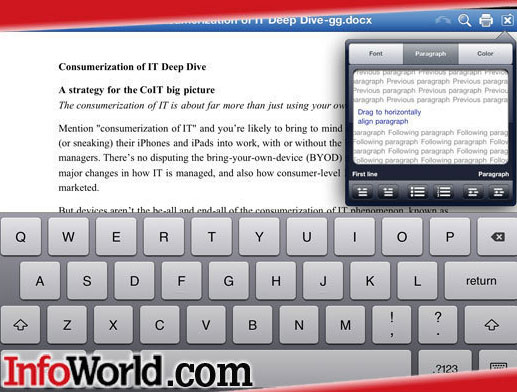 Apple’s Numbers spreadsheet editor is designed to make data entry easy, especially around numeric, date, and formula entry. The keyboard adjusts based on the type of data you’re working with. Where Excel users may dislike Numbers is in its approach to creating worksheets; Numbers allows several on a page, which can confound experienced Excel users. Also, like Pages, Numbers supports the Dropbox and Box cloud storage services in an unintuitive way. As with Pages, however, Numbers’ iCloud compatibility more than makes up for this, ensuring all your devices are current on your Numbers documents.

Simply put, Keynote is an amazing slideshow editor. I prefer it over PowerPoint even on the Mac, and on the iPad, it works beautifully, even when creating complex slide transitions and element effects. If someone tells you an iPad is just for content consumption, Keynote is all the refutation you need. And its iCloud compatibility can be a real life-saver, ensuring all your devices have the current documents. A bonus is Apple’s free Keynote Remote app for the iPhone and iPod Touch that lets you remote-control a Keynote presentation on your Mac or iPad. 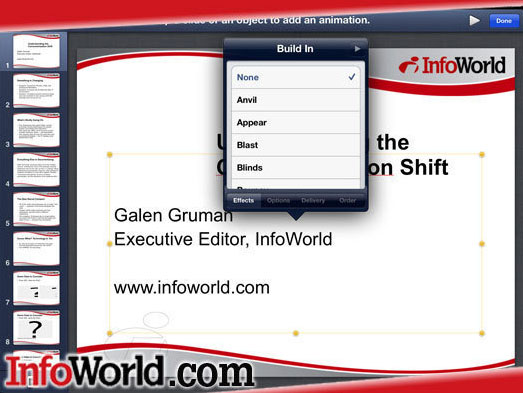 Office in the cloud: CloudOn

Running Windows on an iPad can be a disconcerting experience, given how neither was designed for the other. But the CloudOn service nicely integrates the Windows versions of Excel, PowerPoint, and Word, as well as Adobe Reader, with the iPad’s native keyboard and Share facility. Plus, it uses your existing Dropbox or Box cloud storage for your files, so you don’t have to worry about version control across multiple devices. It has a few flaws, but when you need the full version of Microsoft Office, CloudOn is a very useful and usable option — as long as you have a live Internet connection, of course. 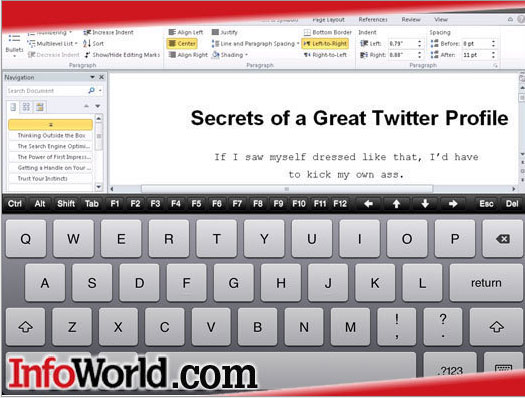 Many people really wish the iPad had a shared file system, like a PC or Mac. But it doesn’t. GoodReader can give you much of the file manager you want. It provides a central file repository for files you transfer via Wi-Fi, various storage services, iTunes, and the Open In facility used by many iOS apps (such as Mail). GoodReader — as its name implies — also lets you read many file formats, inclding several not supported by iOS’s naive QuickLook facility. Plus it unzips file archives as well, so you don’t need a separate utility for that purpose. 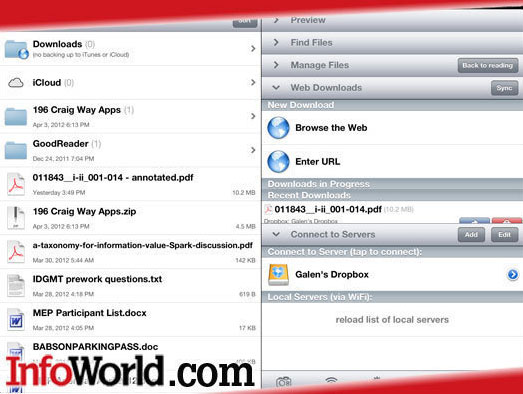 Note-taking is a very personal activity, and there are dozens of note-taking apps for the iPad that reflect all those preferences. But two note-taking apps work well for most people. One is the iPad’s built-in Notes app, which is great for typing in text-only notes and having them instantly available to your computer and other devices via IMAP, Exchange, and/or iCloud syncing.

If you want notes that include audio recordings and drawings (alas, no syncing), also get Notability. It’s straightforward to use, and can associate your recordings to what you type as you type, so to hear the portion of a recording made when you typed in specific text, just tap that text. 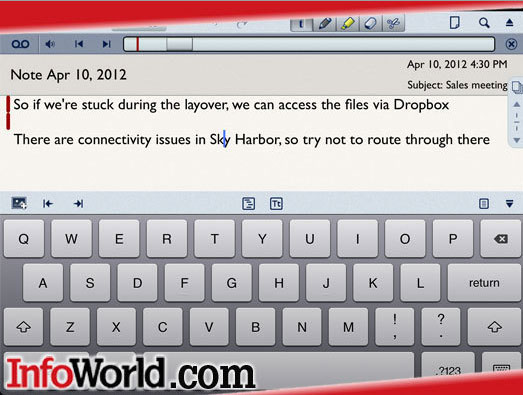 Who doesn’t need a calculator now and then? But the iPad doesn’t come with one built in (as the iPhone does). But you can get an iPad version of that familiar iPhone calculator for free. 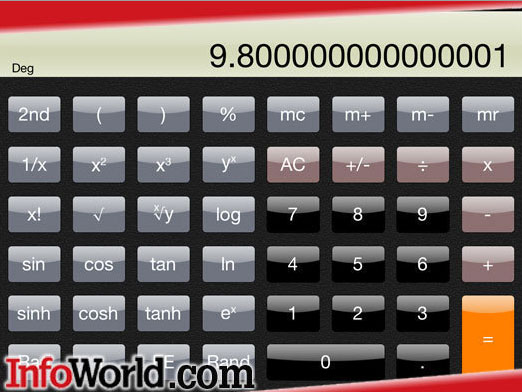 Like Dropbox, Box enjoys wide support from iPad apps, and also works in Windows, OS X, and Android. But Box does not have the simple integration with OS X and Windows that Dropbox does, forcing you to move files through a clumsy Web interface instead. But Box can be used with Apple’s iWork suite on the iPad for no additional charge, and Box offers an enterprise version that lets IT manage access and content rights for corporate data. 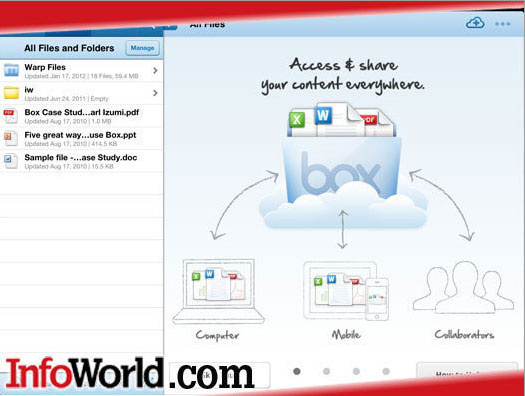 If you’re a project manager who needs serious task management capabilities, such as timelines, multimedia annotations, multiple assignees, calendar integration, and hierarchical steps, OmniFocus is the gold standard for iOS (and OS X). (If all you need is a to-do list, the iPad’s built-in Reminders app is primitive but serviceable.) 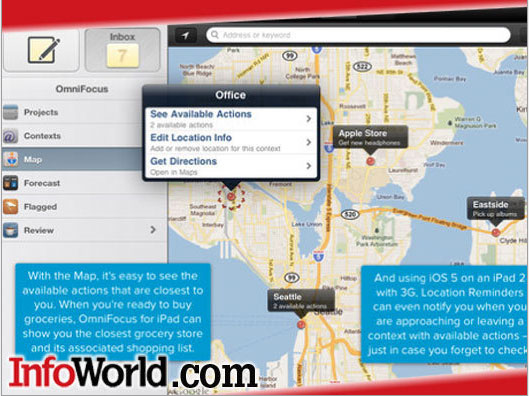 Cloud storage services have made FTP utilities archaic for many users, but if you work on a website or in many file-management systems, you still need an FTP client. For the iPad, that client should be FTP on the Go, which not only does the FTP uploading and downloading you’d expect but also provides a basic HTML editor so you can touch up your Web pages as well. 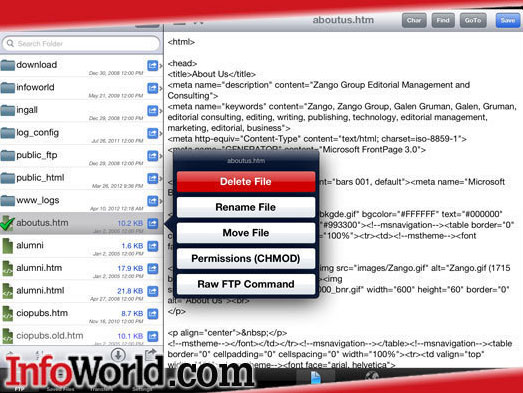