Twitter: It’s not just for talking about what you had for lunch anymore. Although, that’s still a very important part of Twitter, so be sure to keep letting us know. But no, Twitter is also an increasingly useful tool for executives to bypass the media (hey, wait a minute!) and communicate directly with their constituents. Here are 13 tweeting channel chiefs (or high-ranking channel executives) leading the way, in order of most followers. 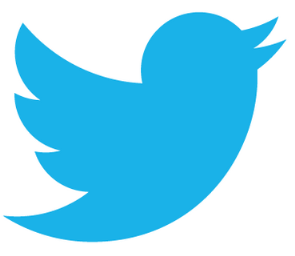 She’s not Juniper‘s channel chief, but Luanne Tierney, the vice-president of global channel marketing, is the highest-ranking channel executive at Juniper on Twitter. She also has three times more followers than anyone else on our list. How does she do it? She tweets regularly, offers interesting content, and it’s clear she actually does it herself. Authenticity matters.

Gavin Struthers is the senior vice-president of worldwide channel operations for security vendor McAfee, and is a regular tweeter and re-tweeter of McAfee-related content. We’d like to see a little more of the personal side, though. Life isn’t all malware and no fun, after all.

Stephen DiFranco runs Americas channels and alliances for Hewlett-Packard Co.‘s enterprise group, and is the highest ranking channel tweeter we could find at HP. Although, we recently told new global channel boss Todd Bradley he would be great on Twitter, and we really hope he gets on that soon. 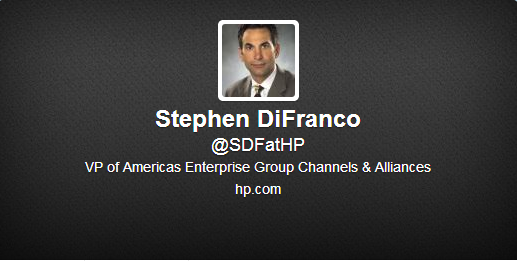 Dave O’Callaghan tweeted at Cisco, and he has kept on tweeting as senior vice-president of global channels and alliances at VMware. And he doesn’t just tweet about data centres; he also shares his thoughts on smartphones (he’s recently left Apple) and airline seats, to name but a few topics.

A channel veteran, Justin Crotty is senior vice-president and general manager with NetEnrich Inc. His tweets have been slowing down lately, but look to him for news on the cloud, thoughts on basketball, and the odd New York restaurant recommendation.

Tom Flink, the vice-president of worldwide channels and market development for Citrix Systems, seems like one of those folks that got a good start on Twitter, but then got a new phone and forgot to re-install the Twitter app. Someone install it for him; we need him back tweeting before next year’s Citrix Summit.

Joe Langner is the executive vice-president and general manager of midmarket solutions for Sage North America and, judging by his Twitter page background, a fan of Kinder Eggs. He uses Twitter to share Sage news and send the odd partner shout-out, including to Canada’s Baas Business Solutions on its recent anniversary.

As the senior vice-president of worldwide channels at Cisco Systems, Edison Peres was frequently tweeting up to, and during, the last Cisco partner conference. And then he stopped. Now, what happens in Boston stays in Boston, so we’re not sure what cut off the tweets. But let’s hope he’s back well before next year’s show. 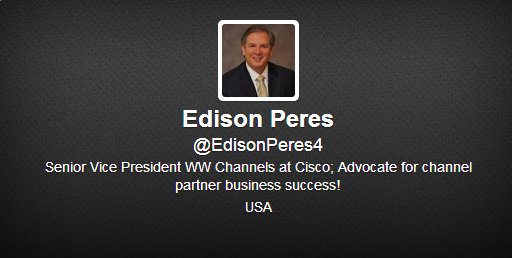 Kevin Gilroy is SAP AG‘s senior vice-president of global indirect channels, and the No. 2 channel executive at the German business software vendor. He tends to re-tweet more than he tweets and hasn’t been active since May; we’d like to hear more from this channel veteran.

Steve Dallman runs the worldwide reseller channel organization for Intel Corp., as well as sales and marketing, and he says he’s still getting the hang of Twitter. We do already know that he doesn’t think laptops will replace tablets in his personal life. Unsurprisingly, neither does Intel.

The PR team clearly set this account up for Craig West, vice-president of channel sales for NetSuite, and then forgot about it after six tweets. West needs to reclaim it and get tweeting. Having met him in person several times, we need his wit and smack-talking of the competition to come online.

If Jon Roskill still ran Microsoft’s channel, he’d lead this list. Phil Sorgen, the new corporate vice-president of Microsoft‘s worldwide partner group, just got the job and is new to Twitter though, so we’ll give him time to catch up and build a following. Hopefully he’ll go beyond the talking points and connect with partners.

Christoper Doggett is senior vice-president of corporate sales for North America for security vendor Kaspersky Lab, and regularly shares news and notes from the world of IT security. 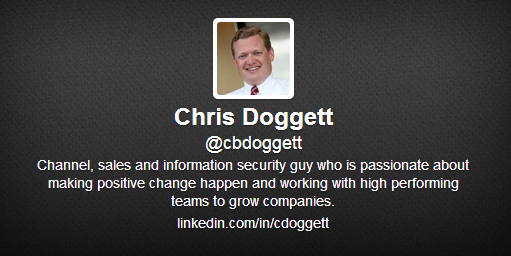