HOUSTON — Over 14,000 attendees descended on Houston, Texas in early July for Microsoft’s 2014 Worldwide Partner Conference. It wasn’t quite as many as came to Toronto for last year’s conference, but they were treated to a great deal of information about Microsoft’s shift to become a devices and services company, its strategy for cloud computing, and the many different platforms for Windows 8.1.

Read on in this slideshow for a recap of some of the key news highlights, and to learn more about Microsoft’s plans for fiscal 2014. 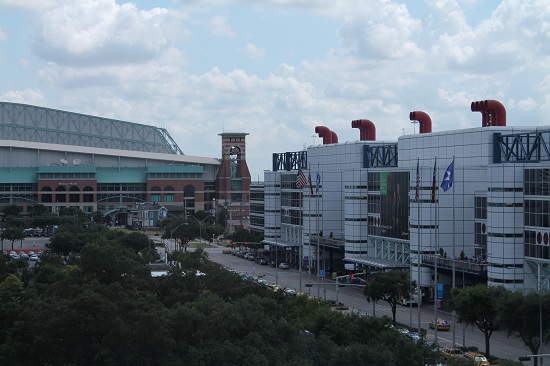 Lining up for the Surface tablet

The first stop for many partners and other attendees after registering on Sunday was the line-up to purchase deeply-discounted Microsoft Surface tablets. Attendees could buy a Surface RT and a Surface Pro at fire-sale prices, and so many took Microsoft up on the offer that the wait in line was up to three hours at some points, causing many partners to miss meetings and sessions. By Tuesday afternoon, the line had become more manageable. 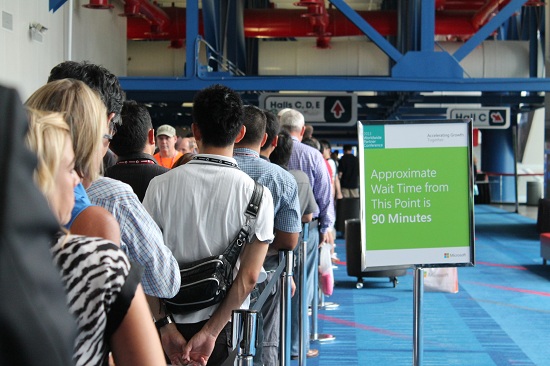 When you look at the price list for the Surface promotion, you can see why so many partners were lining up. And Microsoft took advantage of the lines to have staff pushing accessory add-ons to partners as they waited — need to drive up that attach rate. Of course, while many partners wanted to buy a Surface, they heard at WPC that they’ll have to wait before they can sell them too. 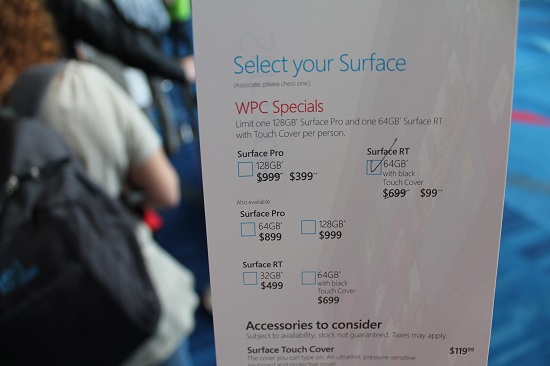 As usual, Microsoft CEO Steve Ballmer had the opening keynote at WPC and delivered a scene-set on Microsoft’s strategy and messaging, focused around four key pillars: the cloud, mobility, enterprise social and big data. The last one is a new focus for Microsoft, but one its keep to exploit with both infrastructure to manage it and tools to exploit it. 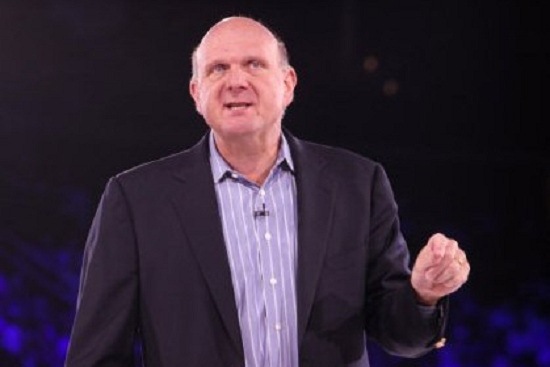 During her keynote address, Tami Reller, Microsoft’s Windows CMO and CFO , said Windows 8.1 will be available to manufacturers by late August. That should allow OEMs to have Windows 8.1 devices in market by the holiday shopping season. No firm update on consumer and commercial availability, but it will be a free update through the Windows store. 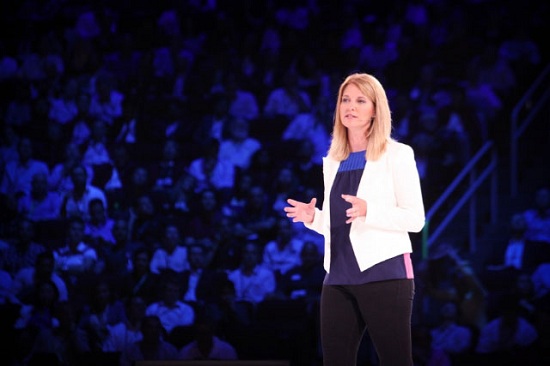 From software to devices + services

Microsoft is known as the world’s largest and most pervasive software company, but at WPC it stated its goal to become a devices + services company. Windows 8.1 was showcase on a wide range of devices, from tablets of all sizes to phones, laptops and desktops. A new program — TouchWin — will reward partners for selling touch-enabled Windows 8 devices. 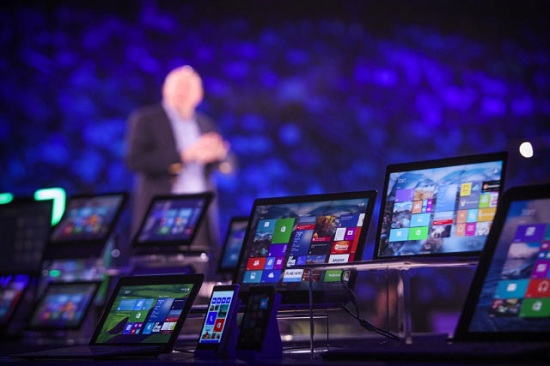 Getting the Dynamics word out

During his keynote, Ballmer lamented the lack of publicity for Microsoft’s Dynamics business of ERP and CRM software, which may have put the pressure on Satya Nadella, Microsoft’ executive vice-president of cloud and enterprise, when it was his turn to speak a little later. Nadella had a number of announcements around new offerings in the cloud and for Windows 8, and Dynamics is sure to be a big part of Microsoft’s big data push. 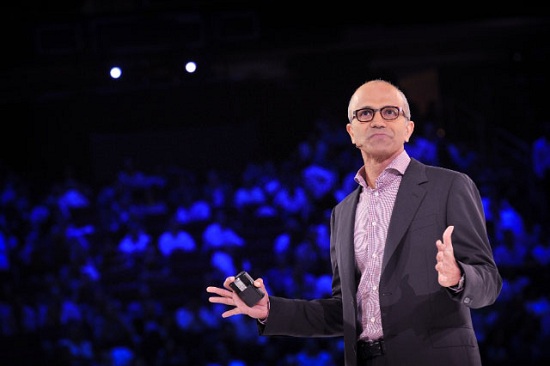 The looming end of support date next April for Windows XP, and all the businesses that remain on the old OS, was a popular topic at WPC. Microsoft has launched Get2Modern as a program to help partners move their clients onto a “modern” Windows OS (7 or 8) and has launched incentives to drive sales of news Windows hardware with Office 365 attach. 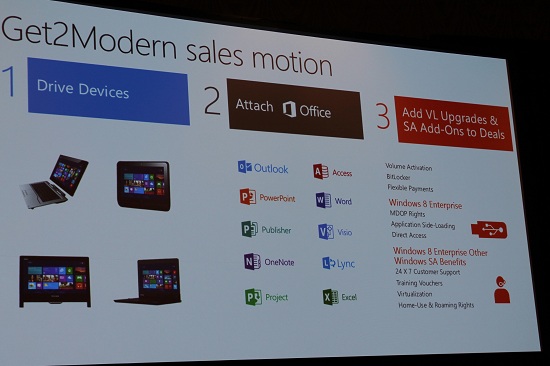 Going to the cloud pays for partners

To support its push to the cloud — with Office 365 as the tip of the application spear — Microsoft commissioned a study by research firm IDC Corp. According to IDC’s Darren Bibby (pictured), the study found that partners driving more than half their revenue from the cloud are growing at double the rate of their non-cloud peers, and generate 30 per cent more revenue per employee.

Read: Partners can earn more going to the cloud with Office 365 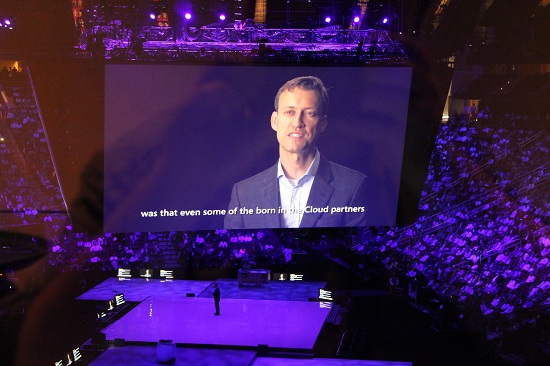 Microsoft’s global channel chief Jon Roskill told partners that cloud requirements will be baked into every competency of Microsoft’s partner program by January. While the details are still being worked out, its expected that to retain Gold status, partners will need to both demonstrate cloud skills and hit a certain cloud revenue figure, possibly in the $120,000 or above range.

Read: Every Microsoft partner will need cloud competencies next year 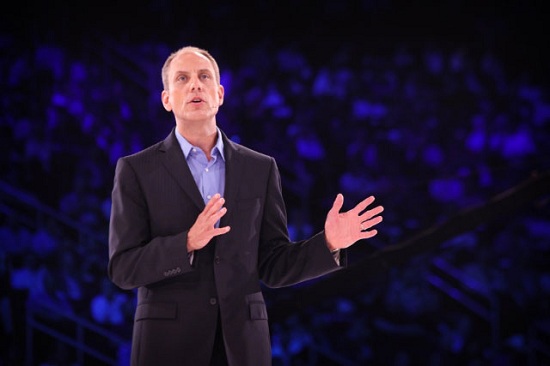 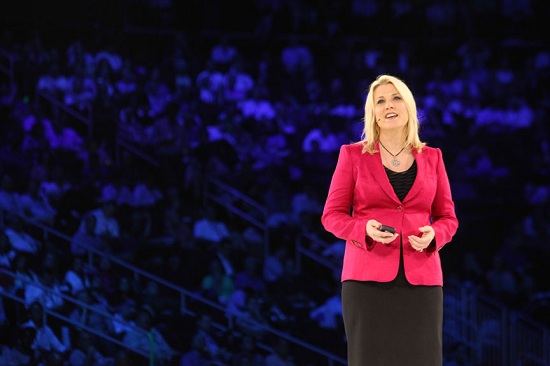 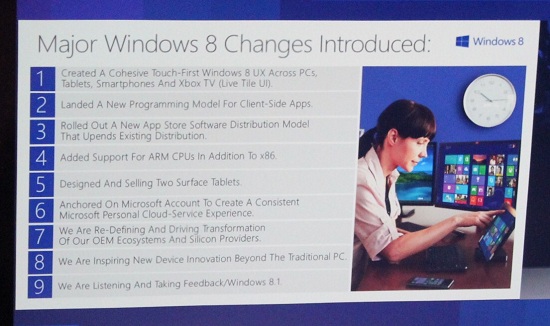 With Microsoft shifting from being a software company to one focused on devices and services, it’s logical to ask who Microsoft sees as its main competitors in some of these new spaces. According to Turner, its companies such as Samsung and Apple around devices, Salesforce.com and Amazon Web Services in services, and VMware and Oracle in its traditional markets. And Google made it under two categories. 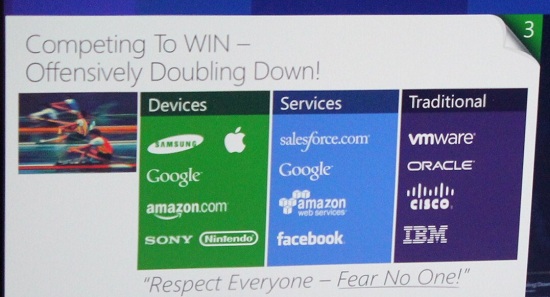 While 2013 may have seen the major product launches such as Windows 8 and the Surface tablets, Microsoft seems set to go qith quantity in 2014. Updates and improvements are planned across the board, with this slide highlighting the announcements expected in the upcoming fiscal year. They’re too small to read, but there sure are a lot of them. 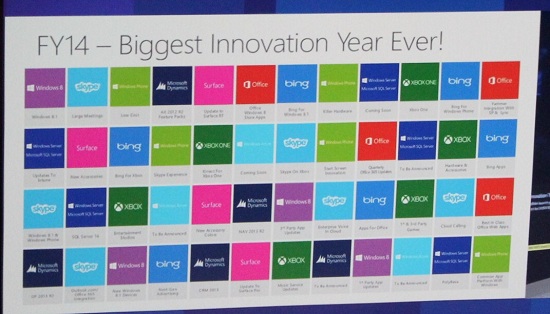 Don’t try to be Superwoman

NetApp CMO Julie Parrish was the keynote speaker at the International Association of Microsoft Channel Partners’ annual Women in Technology luncheon. Talking about her own career path as a woman in the technology industry, Parrish told attendees they need to resist the societal pressure to be a Superwoman, put up their “bat shields” and go all-out doing something that interests them.

Read: Women in IT shouldn’t be Superwoman, but they do need a bat shield: Julie Parrish 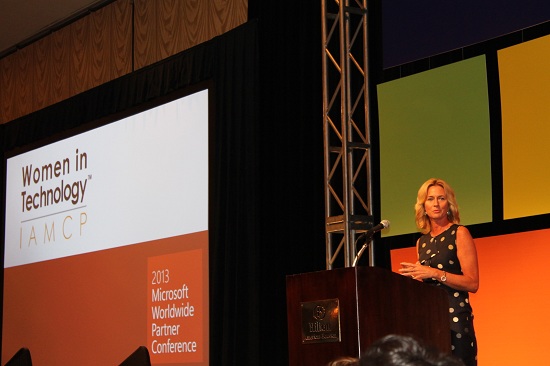 For the second year, IAMCP’s WIT luncheon was a fundraiser, benefiting OneXOne, a Toronto charity active both in North America with breakfast programs, as well as in Haiti and Africa. NetApp and Microsoft each made $5000 donations to OneXOne. IAMCP’s Gail Mercer-MacKay said close to $16,000 in total was raised at the conference and she’s confident they’ll hit their $20,000 goal as attendees head home and donate online. 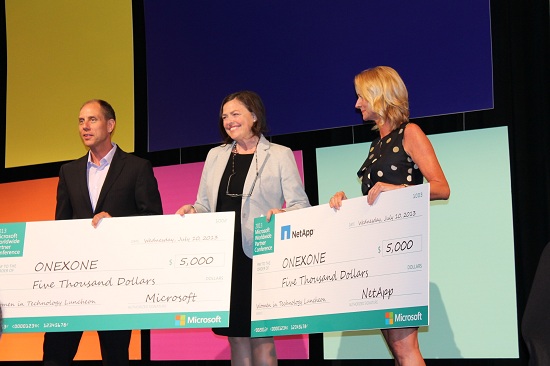 With another WPC in the books, Microsoft will prepare to do it all again July 7-14, 2014 in Washington, DC. Until then, here’s the rest of our WPC 2013 coverage. 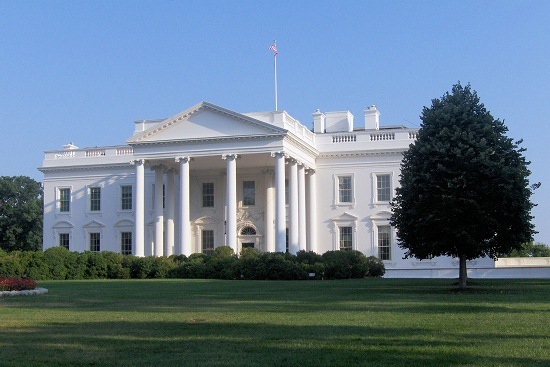 SUBSCRIBE
Previous article
Past, present and future smartwatches
Next article
10 channel-focused LinkedIn groups you should join

Highlights from the 2014 Dell World show