CDN honours pioneers at 2017 Women of the IT Channel event 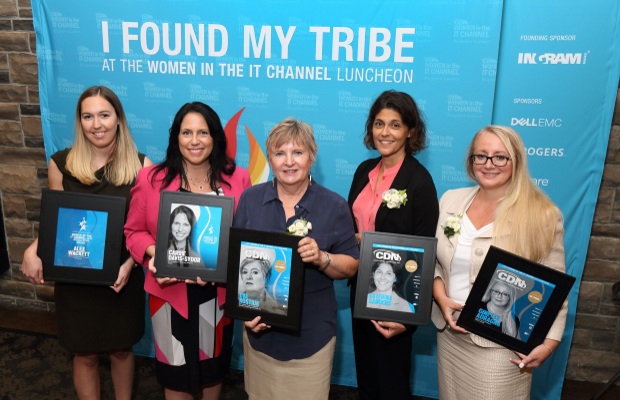 CDN hosted it’s seventh annual Women of the IT Channel recognition luncheon at the Credit Valley Golf and Country Club in Toronto.

More than 170 influential women executives from across the country attended the event sponsored by Ingram Micro Canada. CDN, along with Ingram Canada, honoured three women who work for solution providers across the country, along with a Rising Star award recipient and the first ever Mentor of the Year award recipient. From the left, Alex Wackett of 3 Peaks Inc., Carrie Davis-Sydor of Cimpl, Eva Kostiuk of Lanworks, Caterina Sanders of Habanero Consulting, and Ginette Adragna of CDW Canada.

The event was highlighted by a keynote address from author, innovator, and entrepreneur Barbara Stegemann. Other speaks who took the podium were Fawn Annan, president and CMO of ITWC, Bill Brandel, the President of Ingram Micro Canada, Corinne Sharp, the newly named President of the Canadian Channel Chiefs Council, and a spectacular ninth grader Riya Karumanch, who is already running her own startup. 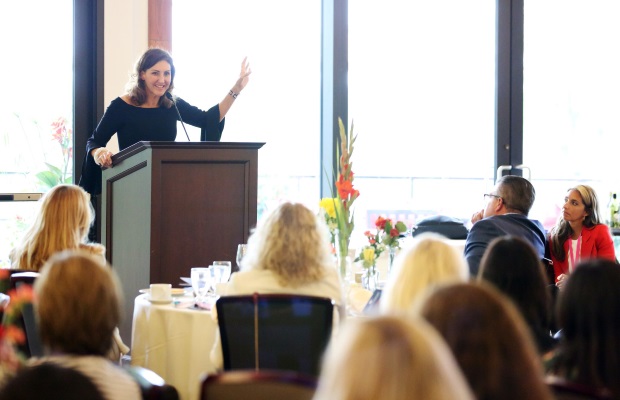 Stegemann’s entrepreneurial vision was formed after her best friend – a soldier – was severely wounded in Afghanistan. Understanding that supporting Afghanistan’s economy was key to building stability for its people, she created The 7 Virtues of Beauty, a company that sources organic oils from countries experiencing turmoil (such as Afghanistan, Haiti, and Rwanda). She is also the author of The 7 Virtues of a Philosophy Queen, and the writer and subject behind the feature-length documentary Perfume War.

Stegemann delivered a powerful keynote address that was an inspiration to not only women, but all Canadians who have a dream they want to fulfill. 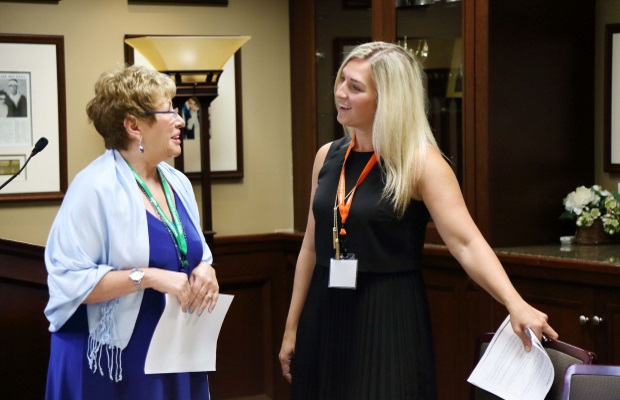 Digital Transformation and the Customer Experience workshop presented by Rogers

Kendall Milne Bancroft, a director of small business, national retail sales at Rogers, hosted a pre-show workshop on how to deal with customers more effectively in the new world of digital transformation. She is pictured above on the right next to IT World Canada CMO and President Fawn Annan. 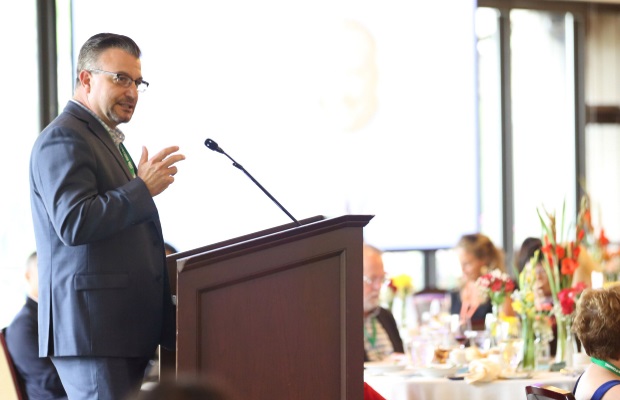 Brandel is a year into his role as the Canadian head at Ingram Micro. He gave a heartfelt speech to the audience about the trials and tribulations that his mother went through. 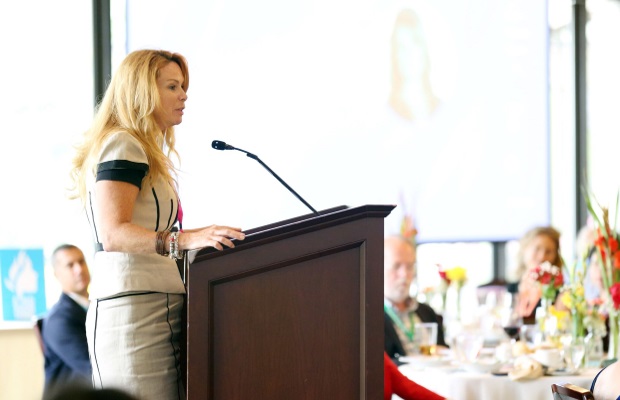 The theme of the event was Find Your Tribe

The incoming president of the Canadian Channel Chiefs Council (C4) Corinne Sharp spoke on this year’s theme of ‘Find Your Tribe’.

“If you can’t find your tribe, start your own,” Sharp told the crowd at the CDN Women of the IT Channel event. 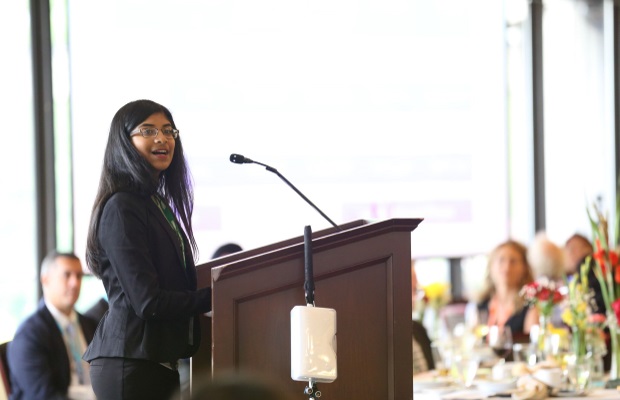 Through the non-profit ZeroToStartup program, Karumanchi learned the fundamentals of coding, circuits, business, and entrepreneurship. At the age of 14, she is now involved with two startup ventures and is the youngest member of the Social Ventures Zone at Ryerson University.

For her first venture, she formed a team that continues to push for the introduction of Smart Streetlights in Toronto, and she started her second venture earlier this year when she created a prototype of the SmartCane, a modernized orientation and mobility device for the visually impaired. 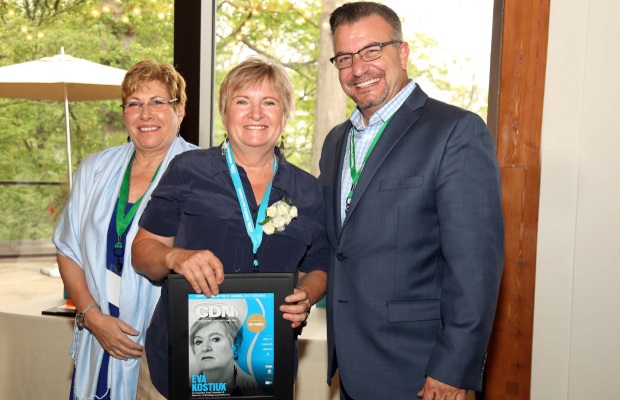 Before founding Lanworks, a solution provider with expertise in life cycle management, security, IP communications and collaboration, Kostiuk started working for HP Canada a week after landing in the country.

She started Lanworks after seeing a business opportunity developing with the trend to interconnect computers. Lanworks became one of the first Novell solution providers in Canada “It seemed impossible at the time, but it was becoming a big thing,” she said.

2017 also marks the 30th anniversary of Lanworks. “Many of us at the company cherish the differences. In the past those things we thought were impossible are common place now. 30 years in technology is a very long time. The business is different today, but one thing is very common to me and that is to take care of the customers, employees and vendor partners. That stays the same and it has kept us in business for 30 years,” Kostiuk said. 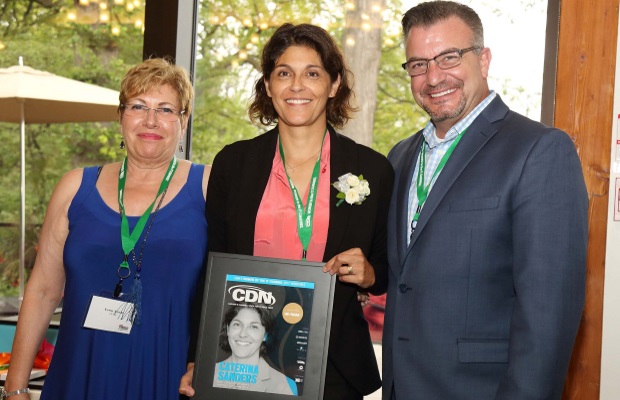 For Sanders just like her career, Habanero is a place where she can be herself. She finds everyone around her interesting and inspiring. Habanero has built a level of workplace friendship for not just Sanders but all the staff.

“We are evolving at Habanero and sometimes there is a danger of going too far in seeking fit.  You don’t want a homogeneous tribe. You want different backgrounds so that you don’t become part of the Borg,” she said.

“I’m surprised to be publicly recognized for just grinding away at something. But this is special. It’s great to know that a lot of my efforts at Habanero have popped up on the radar screen,” Sanders said about being Honoured at the 2017 CDN Women of the IT Channel Recognition Luncheon. 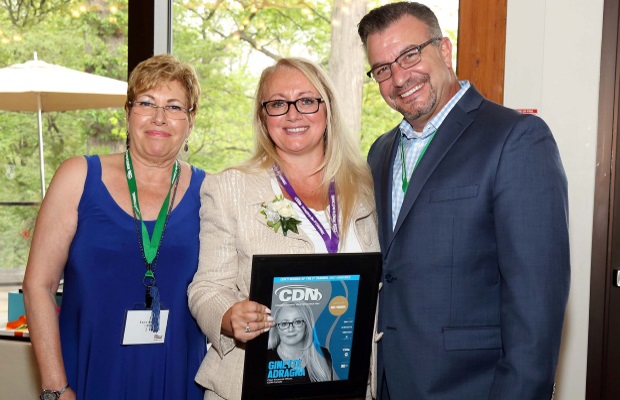 Besides being a 2017 CDN Woman of the Channel Honouree Ginette Adragna is also celebrating a significant career milestone this year: 20 years in the channel community.

Adragna is the Chief Financial Officer for CDW Canada, CDN’s No. 1 Solution Provider in the last four years. Her primary focus has been to provide financial compliance for the Canadian subsidiary as well as the financial planning for the growth of the organization. Adragna was one of the key executives that help vault CDW Canada from a position outside the Top 10 on the CDN Top 100 Solution Providers list to the No. 1 spot in less than five years along with leader Mary Ann Yule. Yule was Honoured by CDN back in 2011.

“This is an incredible honour and the timing for me really resonates since I’m also celebrating my 20-year work anniversary. The two milestones are linked and its thrilling,” she said. 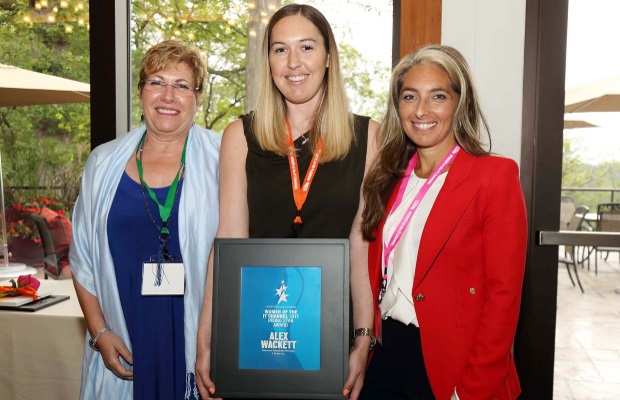 The 2017 winner of the Rising Star award

Each year CDN recognizes a young professional who has proven to be an asset to her organization. CDN received some outsdtanding nominations in 2017, but this young woman’s drive and passion for growing her company’s channel really stood our for our judges from the Canadian Channel Chiefs Council (C4).

This year’s winner is Alex Wackett of 3 Peaks Inc., an IT business solutions provider. She is pictured here receiving her award from C4 Chair Fawn Annan (left), and the channel chief of VMWare Canada, Tara Fine (right).

Since joining the company in 2011, Wackett has been responsible for managing and building relationships with new and existing customers, selling customized hosting packages, security services, and products, and overseeing internal systems to align with the company’s overall vision and goal. She also manages company acquisitions, including the integration of procedures, policies, and systems. 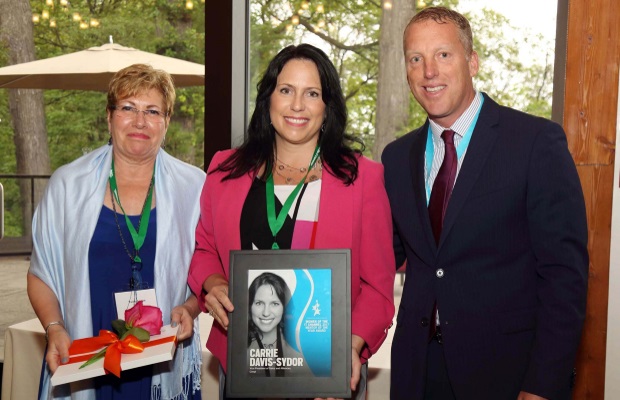 The 2017 winner of the Mentor of the Year award

The CDN Mentor of the Year Award is going to an outstanding role model who exemplifies the ideal image of a mentor. Not only does this individual have an established track record of mentoring others within their organization, within the channel as a whole, and within the broader community, they also have a lengthy track record working in the channel.

The first ever winner of this award is Carrie Davis-Sydor of Cimpl, a Quebec-based telecom and IT expense management software company. She is pictured here receiving her award from C4 Chair Fawn Annan, and president of Dell EMC Canada Kevin Connolly.

For Davis-Sydor, a 20-year channel veteran, mentoring is a way of life that starts at home. The mother of two strives to be a good role model for her daughters and the community organizations they are a part of, such as Girl Guides.