May I have the envelope please

Comedian and Air Farce alum Jessica Holmes was the master of ceremonies for the CDN Top 100 Solution Providers of 2008 event, held in April in Vaughan, Ont.

The event celebrates excellence in the Canadian IT channel, and recognizes the top 100 Canadian solution providers in 2008, by revenue. 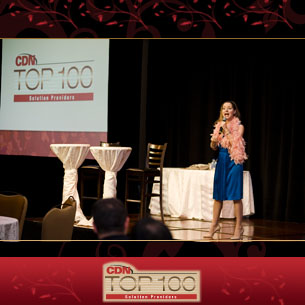 They may not have been in the market for long, but Richmond Hill, Ont.’s Visual Defence is already making a splash in the market, and is the top newcomer on CDN’s Top 100 Solution Providers of 2008.

The security convergence provider has completed solutions for Montreal Transit and the City of Laval, and has developed a homeland security practice. The solution provider uses its expertise to integrate IP technologies with existing system to deliver strong return on investment for its customers, and is using its configuration expertise to bring together disparate vendor technology and make it work seamlessly. 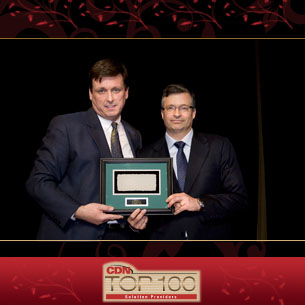 The 2008 CDN’s Top 100 Solution Provider award for the Fastest Riser, went to Calgary-based corporate data protection partner, Mainland Information Systems Ltd., which jumped 11 spots on our list over the course of a year.

The 20-year-old company, which offers solutions around business continuity, availability management, storage management, backup and recovery and base IT infrastructure, also provides assessment services and architectural consulting, and more.

As Mainland could not be present, Samsung Canada’s Ron Hulse accepted the award on their behalf. 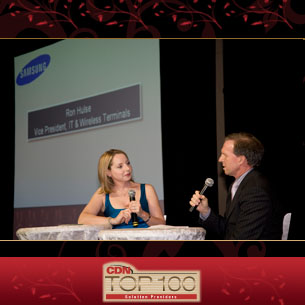 A division of Bell Alliant, this solution provider and systems integrator is a leader in many key verticals, such as defence, security, aerospace, health care and public safety.

Its advanced technology solutions business is evolving, and xwave’s focus on infrastructure has helped its business grow and allowed it to achieve five consecutive years of double-digit growth. 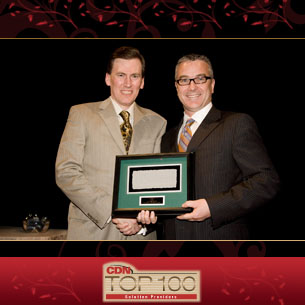 A newcomer this year to the top five, CCSI Technology Solutions has long been a staple of CDN’s Top 100 Solution Providers list.

The solution provider offers extensive technology, industry-specific expertise and is a leading managed services provider. And through its parent company, CompuCom, CCSI can leverage 60,000 certifications and 1,200 application developers.

With CompuCom’s acquisition last year of the North American operations of Getronics, CCSI was able to dramatically improve its services capability across the country and expand its competencies, particularly in retail. It has also been able to grow its recurring services revenue base by double digits. 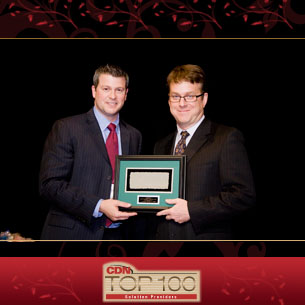 Achieving the number three ranking on CDN’s list of the Top 100 Solution providers in Canada for 2008, Montreal-based Insight Canada has become a trusted advisor to its clients across Canada.

Insight serves clients across the business spectrum, from the SMB and enterprise to the public sector, leveraging hardware, software and services-based solutions across more than 200,000 brand names.

Partnering with smaller regional players across the company has become a key part of Insight Canada’s solutions-based selling approach. 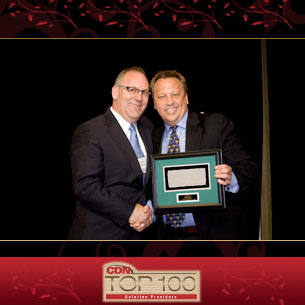 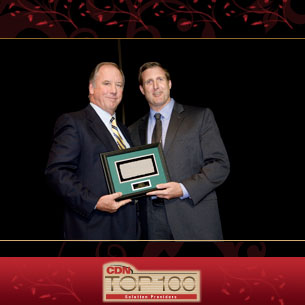 Softchoice Corp. once again walked away with the top prize at the CDN Top 100 Solution Provider awards.

The Toronto-based company reported 2008 revenues of $450 million to $500 million. The No. 1 solution provider of the year once again proved that it can achieve excellent results even in a down economy. In 2008, Softchoice recorded a 60 per cent increase in revenue over 2007. Its gross profit increased 37 per cent. 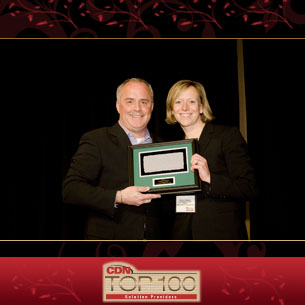 Softchoice also knows its role in the industry and announced a goal to become North America’s leading enabler of sustainable IT practices and an ECO-Efficient Partner. To that end, it formed the first ever fully searchable Green IT product listing on its Web site (www.softchoice.com) using the EPEAT standard. 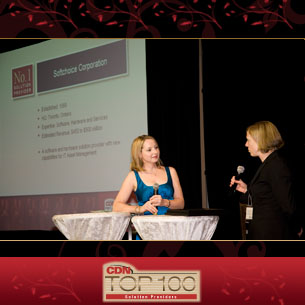 A year of banner growth

The Top 100 Solution Providers achieved revenues of $5.5 Billion, an increase of 13 per cent over the previous year when it was just under $5 billion. At the bottom of the list, there is further proof of growth as the revenue cut off was $7.8 million, versus just $6.4 million last year at this time.

The Top 100 were also surveyed for this program and it produced interesting results. For example, more than 80 per cent said that the best solution sell was IT consulting services, while PCs and notebooks came in at just over 50 per cent.

Well over 90 per cent of solution providers are still looking to hire skilled IT professionals.

And more than 30 per cent are offering green solutions. 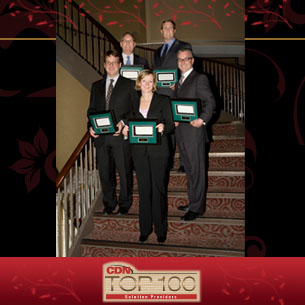 CDN Women of the IT Channel Ecosystem 2014: Channel Chiefs